Joseph In The Well, A Hot New Trio To Keep An Eye On 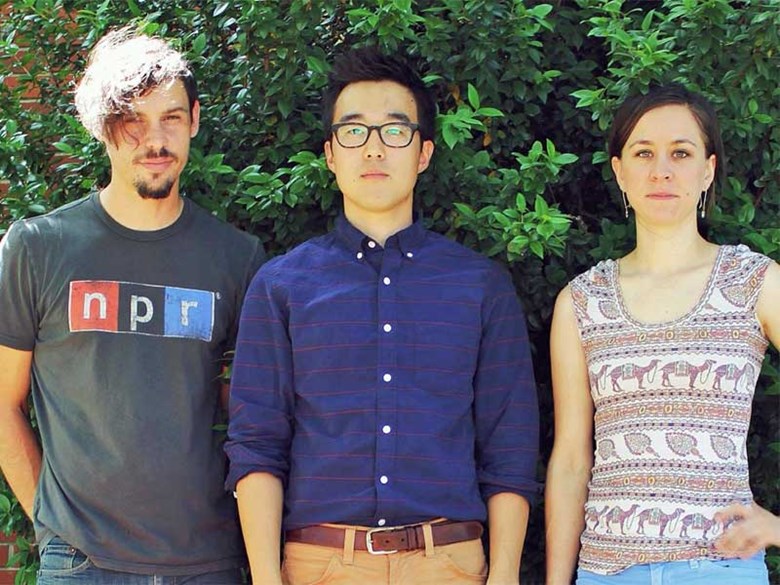 Joseph In The Well is a three-piece, indie-eclectic band from Sacramento. The group, led by violinist and vocalist Joe Kye, recently sprung onto the local music scene, looking to establish an identity.

Kye recently visited the Capital Public Radio Station to discuss his band, and how his emigration from South Korea played an integral role in his musical endeavors.

At age six, Joe Kye and his family immigrated to Massachusetts from their home in Seoul, South Korea.

“It’s such a formative time,” Kye said, “And I’d pretty much begun to solidify this identity as a Korean.” 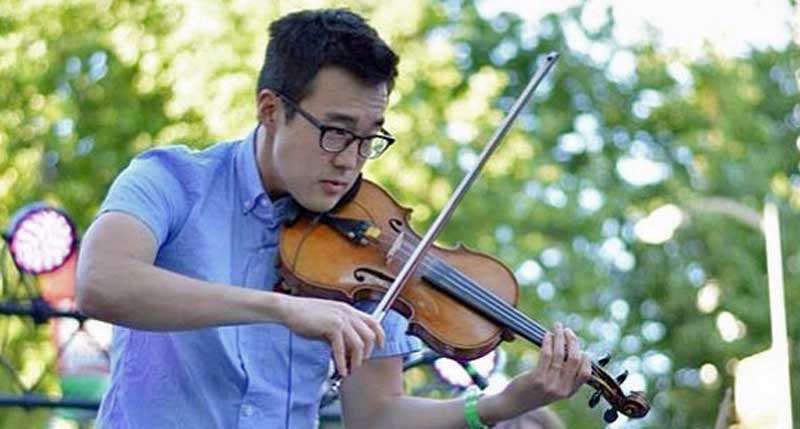 Kye described his experience as an immigrant in the Boston public school system.

“I couldn’t speak the language,” he said. “The first day of school I walked home, just bawling, because I like to talk. I like to communicate, I like to empathize.”

After two years on the East Coast, Kye and his family moved cross-country, settling in Seattle, Washington. It was there Kye began his musical pursuits, picking up violin in fourth grade.

“I remember wanting to play saxophone, but I think my parents used Jedi mind tricks on me, and I ended up playing violin,” Kye said. “I haven’t looked back. I did classical music all throughout [school].”

Kye was accepted to Yale, where he sang a capella with the Yale Society of Orpheus and Bacchus.

“My musical education,” he said, “happened in the basement of the SOB [fraternity] house, singing barber shop tags and jamming on Beatles melodies until three or four in the morning.”

After graduating, Kye debated whether or not to continue his schooling. He’d just moved down to Sacramento, and his wife was beginning her residency at the UC Davis medical center.

Then Kye had an awakening.

“I realized that I don’t want to be the person analyzing music and writing about it in the ivory tower, so to speak. I wanted to be the one creating the cultural artifact.”

Thus, Joseph In The Well was born. 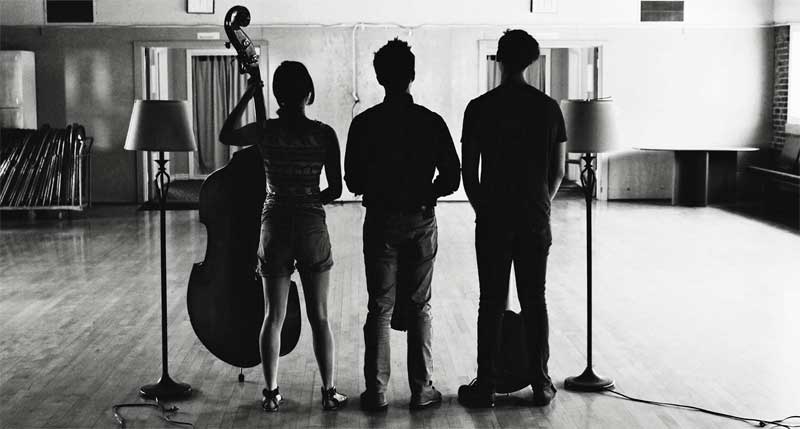 Kye explained the relevance of his band’s name, based off a biblical parable. Upon leaving the city of Canaan, Joseph is thrown down a well by his vengeful brothers.

“As readers of this story it’s this moment in time when [Joseph] is not here and he’s not there, he’s just stuck in the middle, in this liminal space.”

Kye chose the band’s name based on his own feelings of cultural otherness, of alienation.

“In terms of my music,” Kye stated, “I would say it’s one of my biggest motivators for why I write. And then, my attempts to reconcile what that means, and to ultimately spread my message which is one of universality.”

This universality is apparent in the group’s eclectic sound.

“I was raised with pentatonic ballads and Korean pop music all throughout my childhood," he said. “I got super obsessed with jazz. I love musicals, and I love reggae and I love hip-hop.”

Joseph In The Well presents a whimsical, acoustic sound, similar to artists such as Andrew Bird and Dana Falconberry. The group’s clean instrumental arrangements and vocal harmonies draw from classical, jazz, and folk genres.

Joseph In The Well is set to record their newest EP this winter. Kye says he hopes to have the record out by spring 2015.

Joseph In The Well has two upcoming gigs: