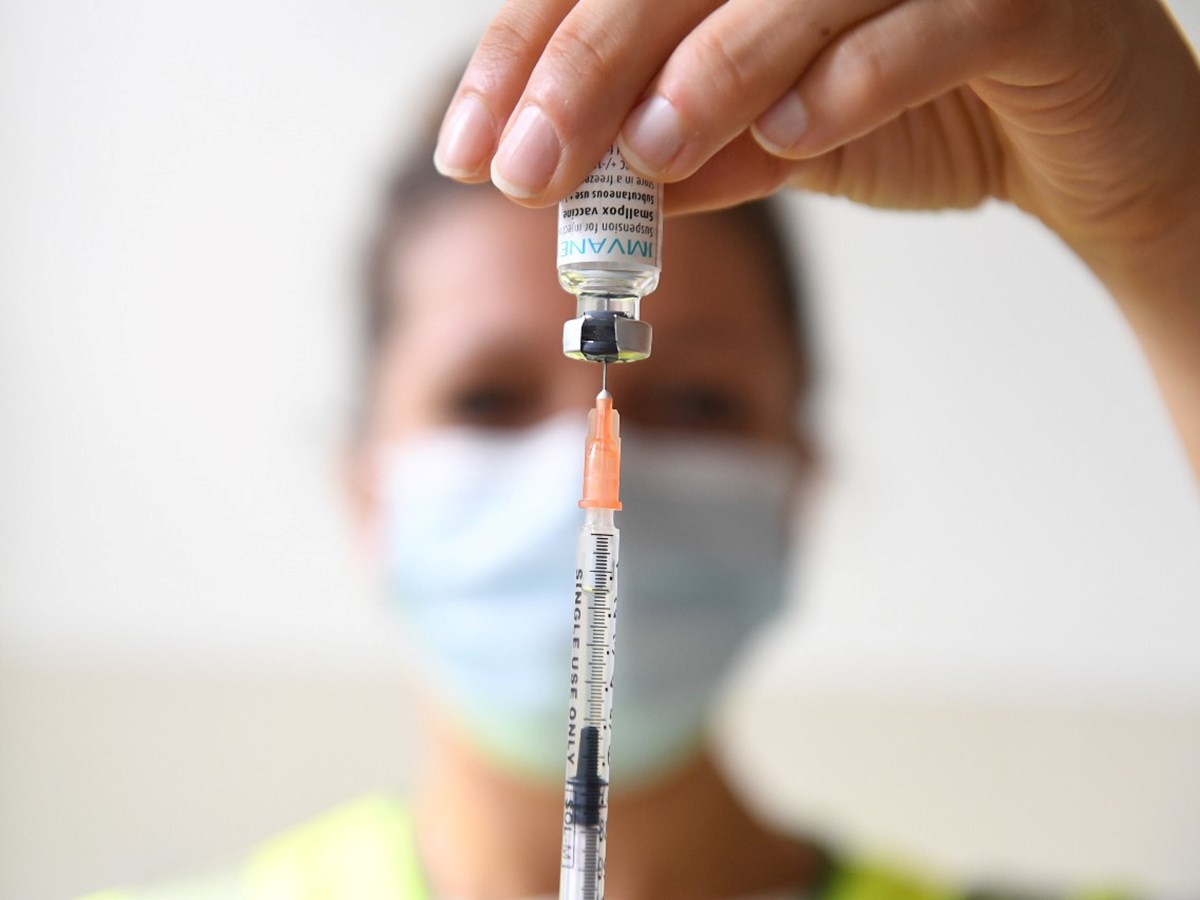 A health professional prepares a dose of a Monkeypox vaccine at the Edison municipal vaccination centre in Paris Wednesday July 27, 2022.

It is the third state in the country to do so, with Illinois making a similar announcement just hours before. New York declared a state disaster emergency on July 29.

The move follows a Friday briefing where California Department of Public Health director Dr. Tomas Aragon said the state was continuing to review information. The state has over 800 confirmed cases, according to a dashboard from the Centers for Disease Prevention and Control updated Monday morning.

The dashboard indicates the U.S. currently has around 5,800 confirmed monkeypox cases.

“California is working urgently across all levels of government to slow the spread of monkeypox, leveraging our robust testing, contact tracing and community partnerships strengthened during the pandemic to ensure that those most at risk are our focus for vaccines, treatment and outreach,” Newsom said in a Monday press release.

State Senator Scott Weiner, who represents San Francisco, has been among those critics, noting that city clinics have scarce vaccine doses, resulting in people getting turned away after waiting in hour-long lines.

In a statement, Weiner said he was grateful to Gov. Newsom for “recognizing the peril we face” by declaring a state of emergency and looked forward to working with the administration to combat monkeypox.

“The monkeypox outbreak is an emergency, and we need to use every tool we have to control it,” he said. “This declaration will help expand vaccination, testing, and other critical strategies around the outbreak.”

Earlier Monday, he and other state legislators submitted a letter to Newsom detailing the purpose of an emergency state budget appropriations request of $38.5 million to expanded vaccination, testing, outreach and treatment.

The city of San Francisco issued a local health emergency order addressing monkeypox on July 28, the first area in the nation to do so. The World Health Organization declared the virus outbreak a public health emergency July 23.

Because men who have sex with men currently represent the majority of California’s monkeypox cases, Weiner has urged the state to not “leave the LGBTQ community out to dry.”

However, anyone can get the virus and undertesting means the data may not be wholly representative.

A gap between vaccine demand and availability is also visible locally. On Monday, the Sacramento LGBT Center held a walk-in monkeypox vaccine clinic that was supposed to last from 12 to 4 p.m. or until supplies last. The center exhausted its supply of vaccines before 1 p.m.

“We’re looking to have the clinics weekly in perpetuity,” said the center’s training and advocacy director, Alexis Sanchez.

California is currently waiting on 78,000 vaccine doses from the federal government and has distributed over 25,300 vaccines to local health departments as of July 29.

Monkeypox was discovered in 1958 and is not tied directly to monkeys. The name comes from its discovery in a colony of monkeys kept for research.

It’s most similar to smallpox. It causes a rash that may look like that caused by smallpox, but can also appear as pimples, warts or blisters, according to pictures from the CDC.

The rash is often accompanied or preceded by fever, exhaustion, chills and swollen lymph nodes. While it persists, someone with monkeypox remains contagious. The WHO says the illness tends to last between two to four weeks.

The virus primarily spreads through prolonged skin-to-skin contact with an infected person and touching contaminated surfaces, particularly linens. That’s distinct from COVID-19, which relies on airborne transmission to spread.

“The highest risk activity is going to be the actual skin-to-skin contact, especially with somebody who has the visible skin lesions,” he said. “The second highest risk contact is going to be contact with fomites that are contaminated, so that would be bedding and linen.”

The CDC has a list of ways to disinfect infected surfaces.

Blumberg and Sanchez with the LGBT Center encourage people to practice safe sex and be communicative about their sexual history, any symptoms they might be feeling and whether they have a rash.

Because monkeypox can also be transmitted via respiratory droplets in rare cases, wearing a mask or high-quality respirator like a N95, KN95 or KF94 offers a mode of dual protection against both viruses.

There are treatments available: a vaccine and an antiviral treatment, tecovirimat (TPOXX).

TPOXX access is more limited, though the CDPH said in a Friday press release it is working on expanding availability and that the two-week pill regimen is being offered in more than 30 locations around the state.

In Sacramento County, vaccine eligibility is currently limited to men who have sex with men and/or trans people who meet at least one of five specific criteria. The county’s healthcare providers are also urged to prioritize treatment for people who are HIV positive.

Vaccines are available by appointment only at Pucci’s Pharmacy. The Sacramento LGBT Center has also partnered with the county to offer walk-in clinics, and posts details on its Facebook and Instagram.

For more questions about vaccination, you can reach out to the Sacramento County Immunization Assistance Program at [email protected] from Monday to Friday 8 a.m. to 4:30 p.m.

Correction: A previous version of this story incorrectly listed how many states have declared a state of emergency. California is the third.