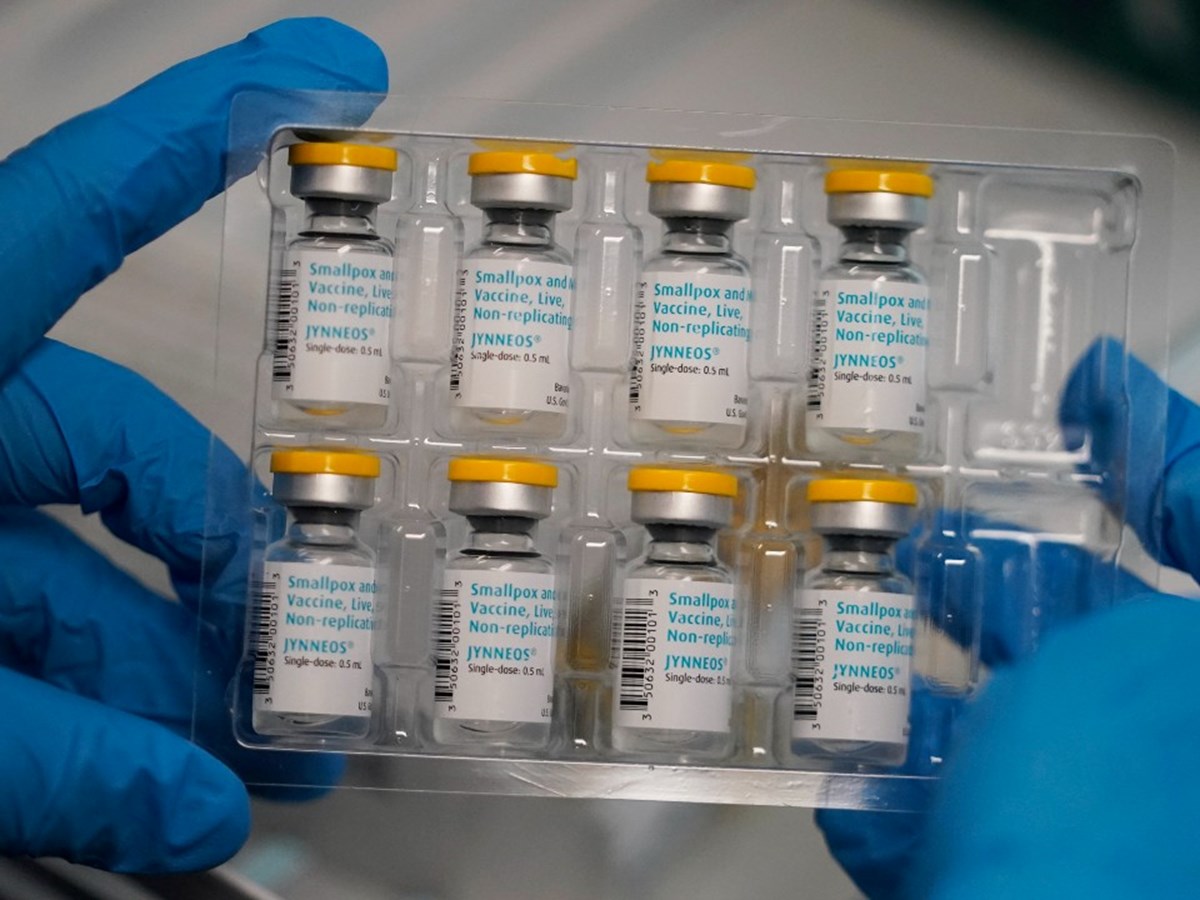 As monkeypox cases grow to the thousands in the United States, California is the third state in the country — following New York and Illinois — to announce a state of emergency in response to the outbreak. The World Health Organization, New York City and the city of San Francisco did the same last week.

Sacramento County currently has the fifth-most cases of monkeypox in the state, according to data from a state dashboard updated July 28.

The virus has different transmission patterns than COVID-19, with the most likely methods of infection prolonged skin-to-skin contact and touching infected surfaces. While it results in fewer hospitalizations, monkeypox infection can still saddle you with a fever and a painful rash that may occur on your genitals, face, hands or feet. Children and immunocompromised people face increased danger if they’re infected.

In light of its increased capacity to spread, Sacramento-region experts shared what to know about how the virus spreads, what symptoms look like and what resources are available in case you’re infected.

What is monkeypox, and how is this outbreak different?

Monkeypox is most closely related to smallpox but causes fewer fatalities. It can cause painful rashes on varying areas of the body, a fever, fatigue and swollen lymph nodes.

Unlike COVID-19, which is a largely airborne virus, monkeypox is more likely to spread through someone touching a contaminated surface — among other ways, like prolonged skin-to-skin contact. It also causes more severe disease in children than adults, the WHO states.

Scientists have known about monkeypox since its discovery in 1958, when the virus — unrelated to monkeys — was discovered in two groups of monkeys kept for research. The first case in humans occurred in 1970, and up until the monkeypox outbreak began at the end of May 2022, the virus has largely been confined to central and west Africa.

“We just haven’t seen this kind of behavior by this virus before,” said Dr. Dean Blumberg, chief of pediatric infectious diseases at UC Davis Health.

While a monkeypox vaccine exists, Blumberg says this current strain’s inconsistency from its past behavior means that the nation doesn’t have enough stock to keep up with the outbreak.

He offered one explanation for its explosive spread: “The virus must have evolved to have easier human-to human transmission.”

How to spot monkeypox

Smallpox, monkeypox’s closest viral relative, was most often identified by red, evenly-sized bumps that populated the skin in clusters, spreading from the face and throat to the palms, arms, legs and feet.

However, the rash that develops in response to monkeypox infection can start in a broader range of places: the face, hands, genitals, anus, chest or feet. It might be itchy and look like a cluster of evenly-sized pimples, warts or blisters, though it can also take the appearance of characteristic smallpox bumps.

“The rashes can be very, very, very painful,” said Alexis Sanchez, training and advocacy director at the Sacramento LGBT Center. It’s one of the things she emphasizes in educating people about the virus.

Blumberg added that monkeypox often starts with a fever and general exhaustion.

“They just don’t feel well, they feel fatigued and without that much energy,” he said. “There’s a variety of manifestations that can occur besides just the rash.”

Those include the aforementioned fever and exhaustion, along with headache, respiratory symptoms, swollen lymph nodes and chills. Symptoms can appear as late as three weeks after exposure.

According to a factsheet from the WHO, a rash will develop within one to three days of fever. A person with monkeypox remains contagious as long as their rashes have not scabbed and fallen off.

Monkeypox can spread in multiple ways.

Blumberg said the most likely ways to be infected are (from most to least likely):

“We’ve had some cases where we couldn’t figure out any other way that it was transmitted,” he said of respiratory transmission. “But that’s very rare.”

Skin-to-skin contact is the highest risk activity, he and Sanchez agree.

One example Sanchez offered: “If you're playing basketball with a friend that has monkeypox, and you're having close skin to skin contact with that person, you've run the risk of contracting monkeypox.”

Because monkeypox rashes can occur around the genitals and anus, sex is another common skin-to-skin contact that has resulted in monkeypox infection.

“If someone with monkeypox rashes borrows your hoodie and you put it on without washing it first, that could be a route of exposure,” she said.

Bedsheets are included in that category, Blumberg said, because “when you sleep, you’re asleep for hours.”

“If somebody has active monkeypox and sleeps in a bed, and then gets out of bed, and somebody else sleeps in the same bed, we know from past outbreaks in western and central Africa that it can result in transmission,” he said.

He stressed the importance of schools having policies in place that ensure students who have a fever or rash stay home until they’re no longer infectious.

How to prevent monkeypox infection

One of the most effective prevention measures — “where you get the most bang for your buck”, according to Blumberg — is limiting exposure to places where prolonged skin-to-skin contact is difficult to avoid. That can include clubs, concerts and festivals, and can also look like limiting the amount of skin exposed when in high-risk spaces.

“You don’t have to be a doctor to see a rash, right?” he said. “Somebody can look and see a rash and say, ‘Gee, maybe I’ll pass on this opportunity.’”

Sanchez underscored the importance of talking about sexual history, even if it’s awkward.

“Open communication with potential sexual partners about what your activity has looked like, how you’re feeling, communicating risk factors from one person to another,” she recommends.

Orthopoxviruses, closely related to monkeypox, have been shown to survive in a similar household for weeks or months, according to the Centers for Disease Control. In one study, live monkeypox was found 15 days after a patient left their home.

Clothes, linens, bedsheets and other fabrics — porous surfaces — can hold the virus for longer than hard, nonporous surfaces like plastic, glass and metal.

The CDC has an overview of best home disinfectant practices. To find specific disinfectants that work against monkeypox on varying surfaces, you can use the Environmental Protection Agency’s registered disinfectant search function. For home settings, you can set the filter options to “Yes” for “For use on Tier 1 viruses?” and “Residential” for “Surface Type.” There’s also an option to filter by porous and nonporous surfaces, along with company name.

Some commonly found disinfectants listed are:

While respiratory transmission is rare, because it can occur, wearing a mask or good-quality respirator like a N95, KF94 or KN95 can help prevent monkeypox infection via that route.

What to do if you think you have monkeypox

Despite smallpox’s relation to monkeypox, those who have received a smallpox vaccine aren’t necessarily immune to monkeypox. The level of protection is still being researched, Blumberg said.

“However, immunity wanes since time of vaccination,” he said. “For me, for example, I was vaccinated 55 years ago. I have no clue how much protection I would have from that. Probably some, but I’m just not sure how much.”

There is a vaccine available for monkeypox, along with an antiviral treatment. The CDPH said, as of July 29, the antiviral treatment, tecovirimat (TPOXX), was being offered at more than 30 locations and providers throughout the state. It’s a two-week regimen of pills.

Monkeypox testing is primarily accessible through health care providers. Yolo County Health Officer Dr. Aimee Sisson urged people to seek testing and vaccination if they think they might have monkeypox.

“Someone who doesn’t have a provider can go to a free clinic or community health center in Yolo County and get signed up for care,” she said.

For those who are uninsured or without a primary care physician in Sacramento County, there are also free and sliding scale health clinics available.

However, because of the unexpected nature of the outbreak, vaccine availability remains limited, with vaccination priority given to close contacts, men who have sex with men — the highest proportion of monkeypox cases — and people “at occupational risk” for monkeypox.

Sacramento County’s healthcare providers are also urged to prioritize treatment for people who are HIV positive.

A CDPH press release from July 29 said doses are allocated to public health departments on the basis of the number of reported monkeypox cases in an area and an estimate of at-risk populations, among other factors.

In Sacramento, vaccination is available at Pucci’s Pharmacy by appointment only and via free walk-in clinics held at the LGBT Center.

“We’re looking to have them weekly in perpetuity,” Sanchez, from the center, said of the clinics.

While county guidelines limit those who can be vaccinated to men who have sex with men and/or trans people who fit at least one of five specific criteria, she says she’s been telling people “the second I’m eligible for this vaccine, I’m gonna get it.”

“It’s something that’s safe, it’s effective, it’s been available for a relatively long time,” she said.

Demand for vaccines remains high: during the LGBT Center’s most recent clinic, held on Monday, the center ran out of its vaccine supply in under an hour. The clinic was scheduled to last for four hours or while supplies lasted.

For more questions about vaccination, you can reach out to the Sacramento County Immunization Assistance Program at [email protected] from Monday to Friday 8 a.m. to 4:30 p.m.

Correction: A previous version of this story incorrectly listed how many states have declared a state of emergency. California is the third.