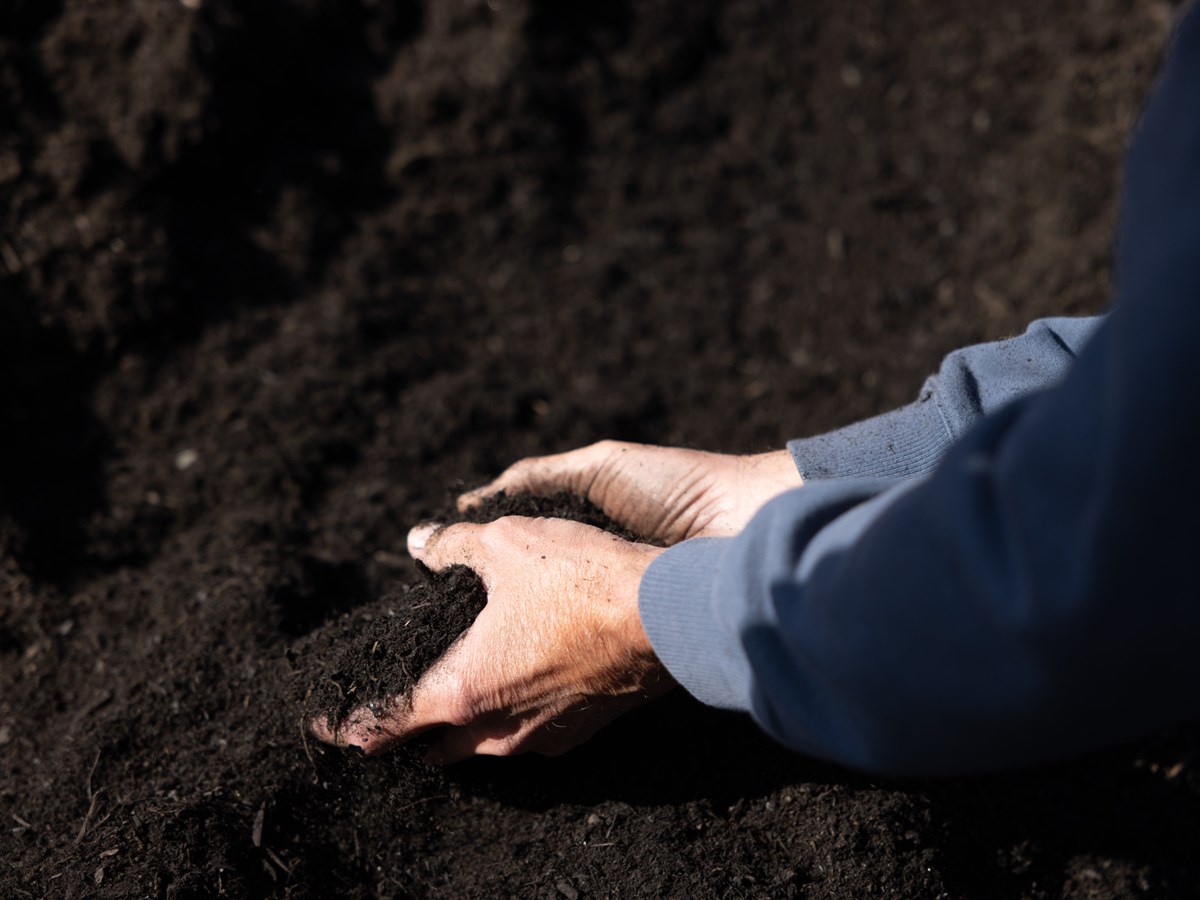 At a facility in Wheatland, about 40 miles north of Sacramento, trucks deliver over 200 tons of organic waste a day. Come July, this is where some of the food scraps tossed by residents of Sacramento County might end up and be given a second life — as compost.

The process of creating compost is simple. At the facility, owned by the waste management company Recology, you’ll find hills of dark brown compost sitting in the sun, where they’ll sit for over a month. These mounds are cleansed of any non-compostable materials and stirred occasionally by construction vehicles. But a large part of this process is done naturally.

“What we're doing is we're creating the conditions for the microorganisms in compost to break it down into smaller and smaller pieces,” says Robert Reed, a spokesperson for Recology. “That is microbial activity.” 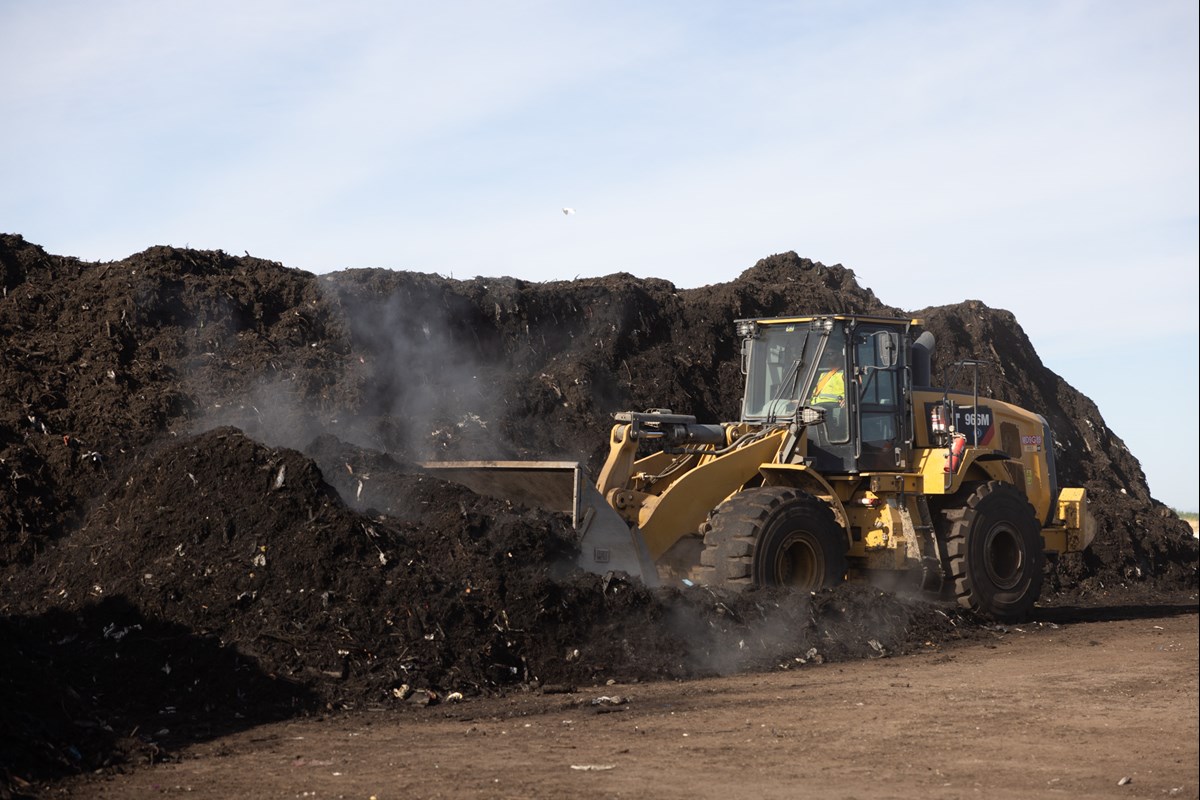 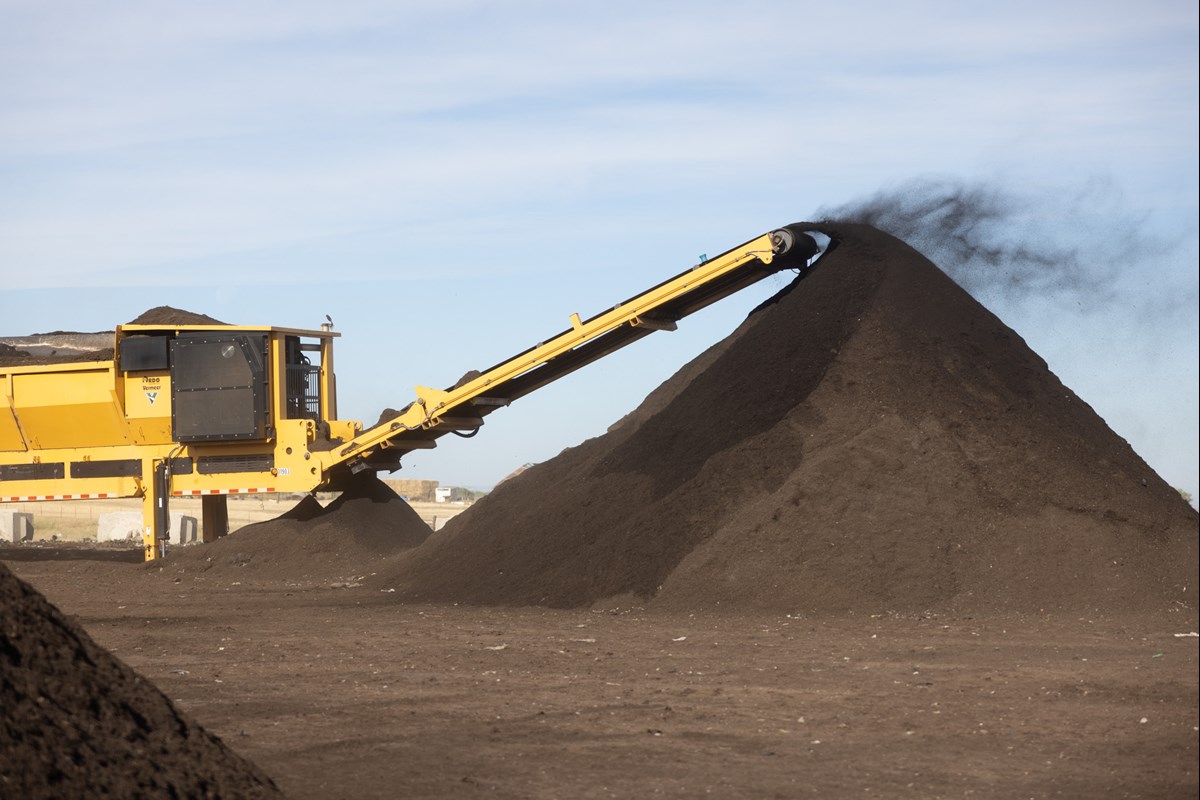 In 2016, state legislators in California passed a law requiring municipalities to separate organic food waste from other trash that took effect this year. In tangible terms, that means composting is mandated. The law also requires 20% of food that would otherwise be sent to a landfill — like edible food thrown away by a grocery store at the end of the day — be recovered for human consumption by 2025.

As some Californians begin to recycle their organic waste for the first time, it’s important to understand the part residents play in making it work.

Why was the mandate passed?

The mandate plays a big role in California’s climate goals. Rotting food left in landfills creates methane, which is a greenhouse gas.

Ned Spang, a food science researcher at UC Davis, says that methane is about 25 times more powerful a pollutant than carbon dioxide.

“The main pathway that organic waste influences the climate is that when food is disposed of in a landfill, it breaks down in such a way that it releases methane to the atmosphere,” says Spang.

This mandate curbs those emissions by reusing food waste. It also contributes to California’s goal to reduce food waste in landfills by 75% within the next couple of years.

“All of these things are nudging us to think a little bit more broadly about our food systems,” says Spang. “And in the first place, could that food waste be prevented?” 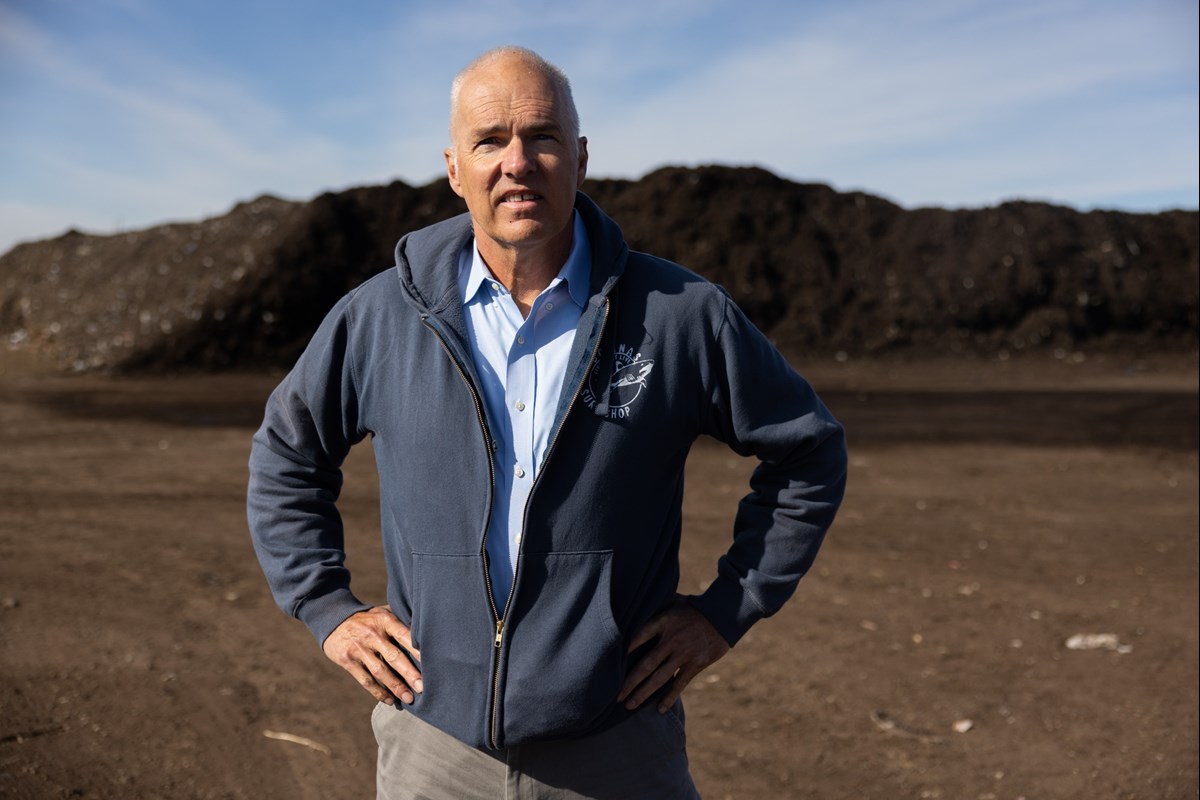 Recology’s Reed says that there are other benefits to think about, too. Compost is particularly good at retaining water, which could help California farmers during times of drought.

“It helps farms save water … because compost is a natural sponge that attracts water from any rainfall or irrigation and holds it in the soil,” Reed says.

How have cities and counties prepared for the change?

While some cities, like San Francisco, have been composting for years, many other localities in California have to catch up.

In Sacramento County, jurisdictions worked together to start their composting programs around the same time — the first week of July — to make it less confusing for residents.

“To take food waste and process it and take it out of the landfills is a lot more expensive than landfilling,” Treadwell said.

And that cost is passed on to consumers. Treadwell says that most jurisdictions have had to adjust their rates to accommodate the transition. For the city of Sacramento, customers who already had a yard waste container will see their rates adjusted to $14.32 a month. And for the customers who were previously exempt from having yard waste, they’ll see a new monthly charge for $10.02.

Doug Sloan is the director of Sacramento County’s department of waste management and recycling. He says that there have been other adjustments made beyond rate changes. To prepare for the transition, Sloan says that the county has hired more drivers to pick up waste and increased the frequency of pickups as well.

“[We worked] all spring on making sure that we have enough drivers, enough trucks, etcetera, to start the service in July,” Sloan says.

How will the mandate be enforced?

Starting in July, residents of Sacramento County can add organic waste to their green yard waste bin. Some localities, like Sacramento, have sent out mailers to help residents prepare for the change.

But even if all residents don’t know to start composting right away, Treadwell says that there’s a grace period. She says that jurisdictions are given the first couple years to do outreach.

“Until 2024, we're not looking at going out and enforcing this or levying any kind of fines,” Treadwell says. “We are just looking to educate and provide information for our customers and tips on how to get this going at home.”

So, what are some basic guidelines for composting? 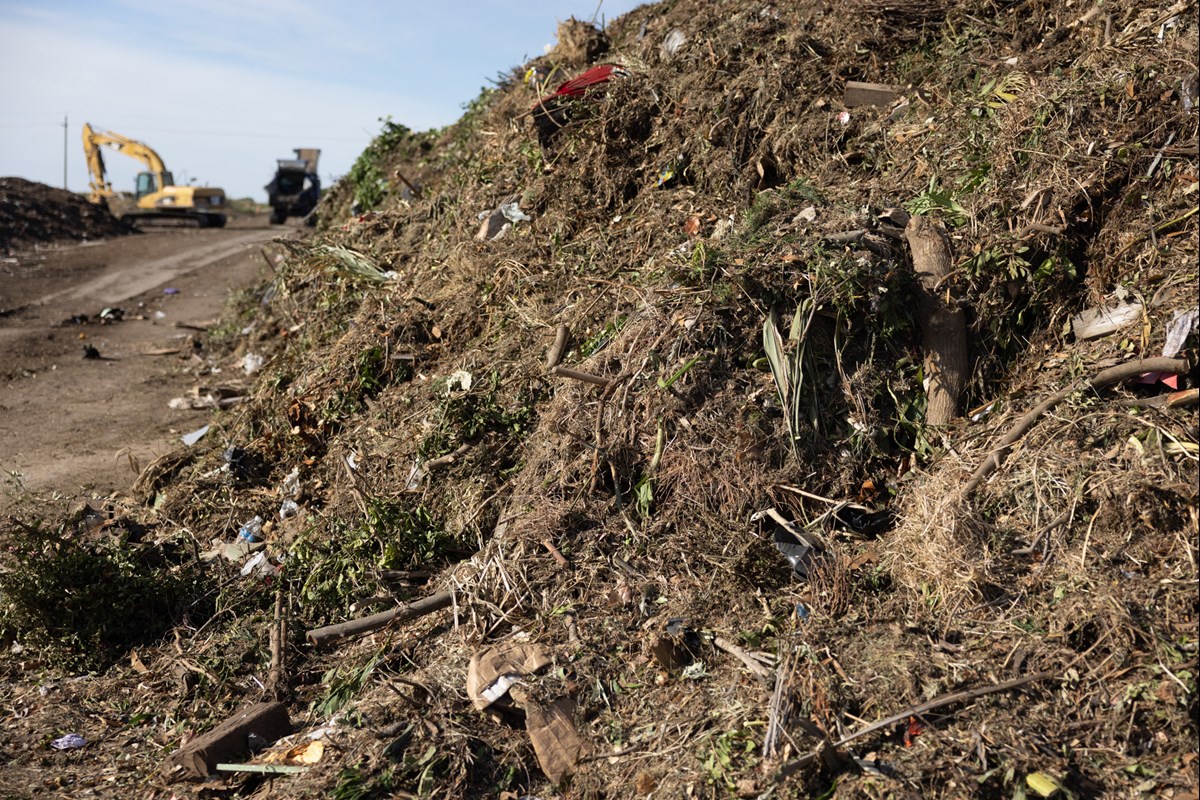 David Stroud is a site supervisor for Recology’s facility in Wheatland, Calif. He says that there’s a simple rule residents can follow to make sure they’re composting the right way.

“Grass, tree clippings, leaves, food scraps — anything that grows from the ground we can take, with the exception of a few items,” he says.

One notable exception: Palm fronds, which just don’t break down. Stroud also says that residents should avoid putting their food scraps in plastic bags, as those bags are often accidentally tossed in with the food and have to be filtered out later. Instead, he suggests that residents use paper bags, compostable bags or simply a reusable bin to store their organic waste.

But generally, there’s less to avoid when composting through industrial facilities. Backyard composters may have been advised to avoid including chicken bones, for example, but Stroud says that those scraps can now be composted, too.

Where do I find more information about the composting program in my area?

Check your local government’s website for more information. If you’re not sure which jurisdiction picks up your waste, you can check by taking a look at the emblem on the side of your garbage, recycling or yard waste bins.

It might be important to check if you live in an unincorporated area in Sacramento County, for example. If you do, that means that the county is responsible for picking up your waste rather than, say, a city or town.

Correction: A previous version of this story incorrectly stated when California's organic food waste law was passed and what state was the first to pass a similar law. It passed in 2016 and took effect in 2022, and Vermont was the first in the nation to pass a statewide composting requirement.