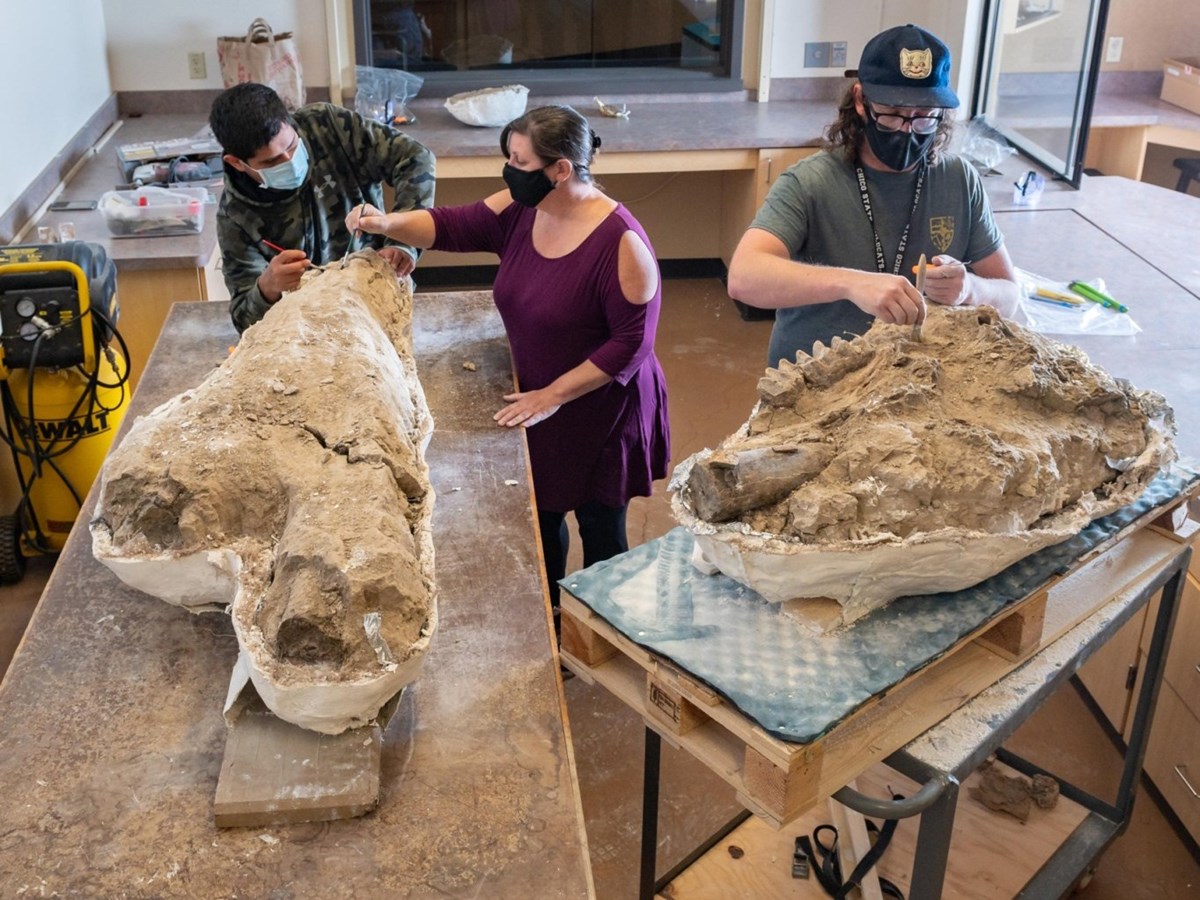 Undergraduate students and instruction support technician Sean Nies, right, work to reveal and preserve the mastodon tusks and skull in the lab at Gateway Science Museum.

Scientists are finding a treasure trove of fossils in the Sierra Nevada Foothills as the remains of prehistoric species dating back five to ten million years have been unearthed. 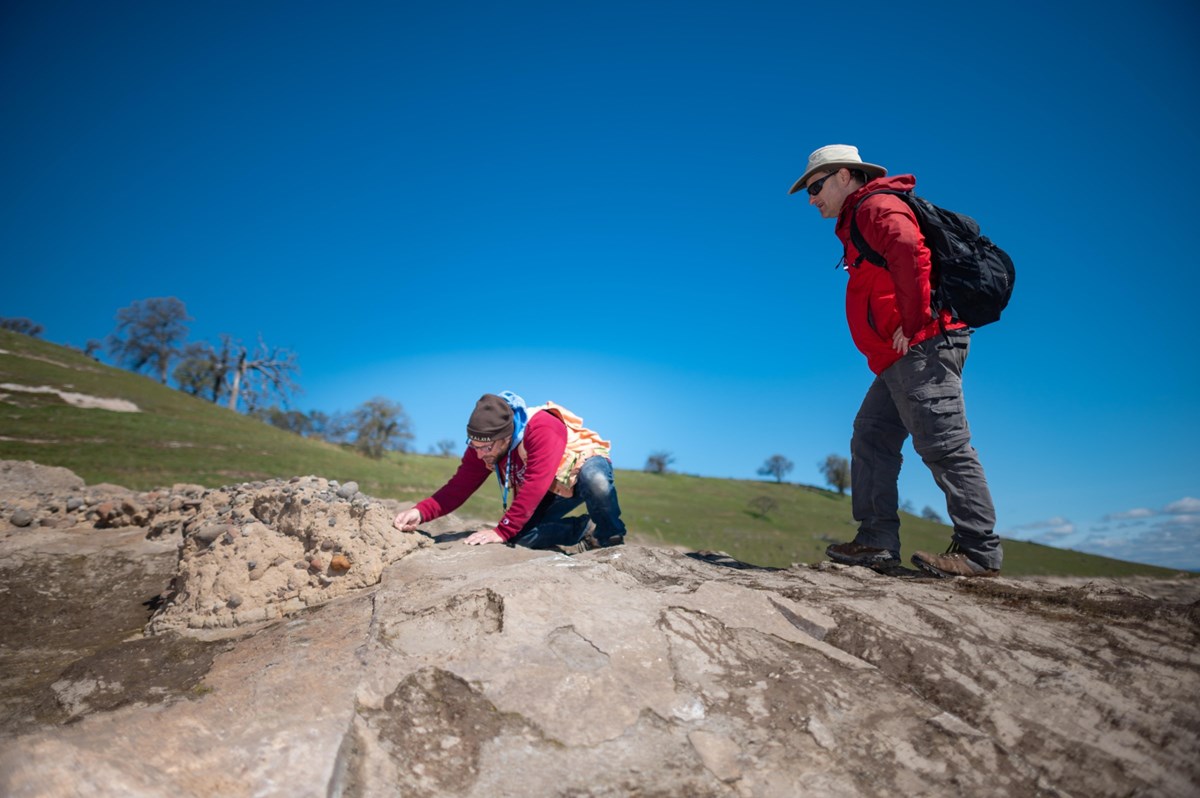 Professors Russell Shapiro and Todd Greene search for fossils near the base of the Sierra Nevada foothills at a site that has yielded hundreds of specimens.Chico State

The initial discovery was in July of last year on land owned by the East Bay Municipal Utility District along the Mokelumne River in Calaveras County.

East Bay Ranger Naturalist Greg Francek was the first to spot it—part of a petrified tree sticking out of the ground. 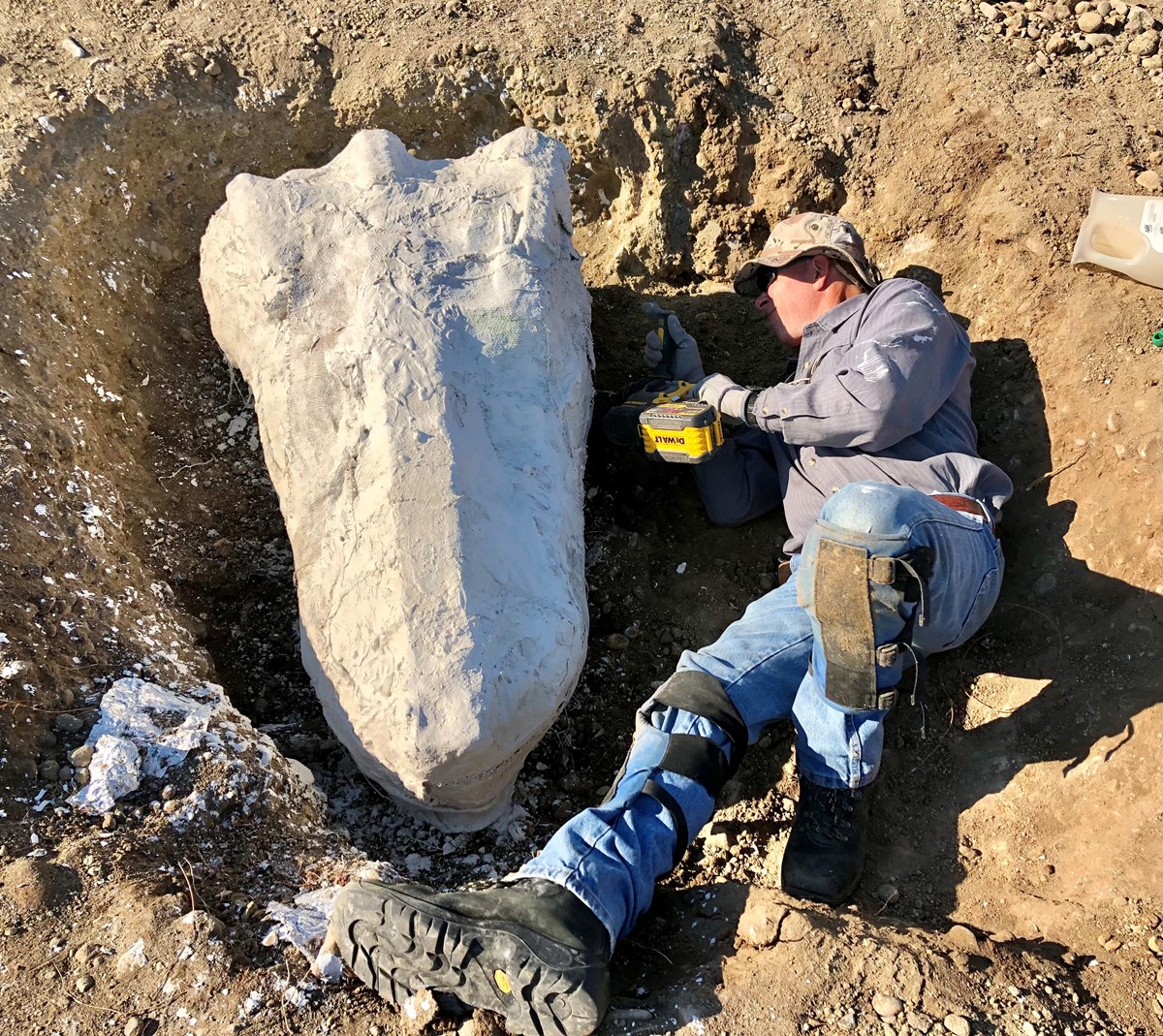 “Further search of the area I discovered a second tree and a third and so on,” he said. “And several weeks into my survey is when I discovered the first vertebrae of fossils.”

Francek says this reveals a whole layer of history.

“This is perhaps the densest deposit of vertebrates discovered in California since the La Brea Tarpits,” he said

Nelsy Rodriguez with East Bay MUD says the Mokelumne River is at the center of it all.

Rodriguez added that dozens of species have been uncovered. 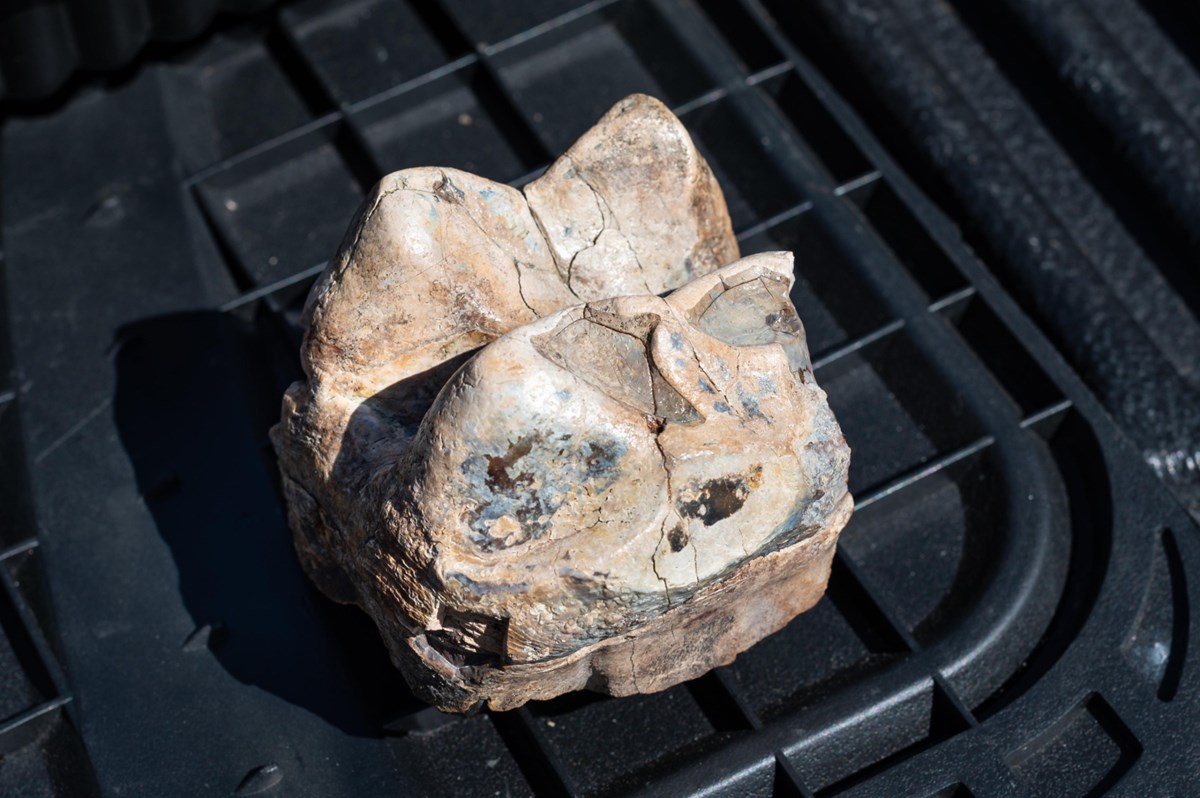 Chico State is one of only a few universities federally authorized to collect and store fossils, like the mastadon molar uncovered here.Chico State

She says one of the mastodon’s skull and tusks are on display at the CSU Chico Gateway Science Museum. 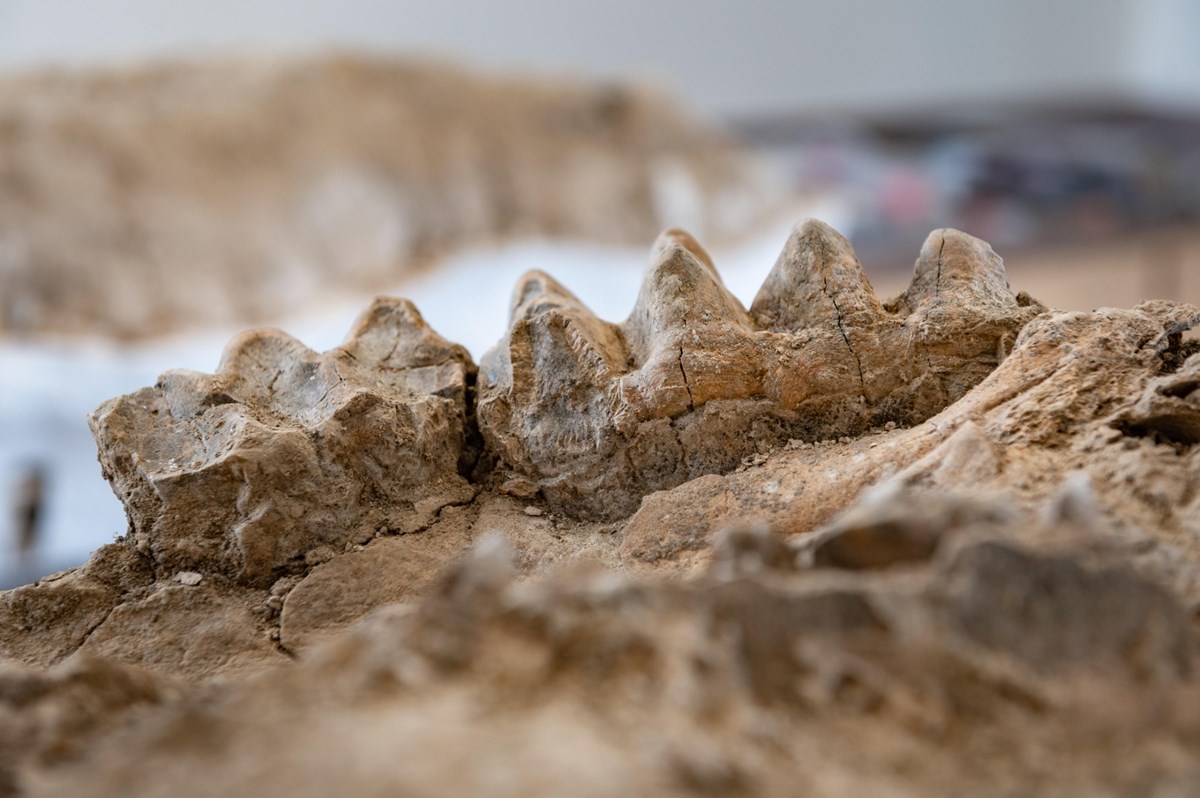 “I’m not making art, but there are a lot of techniques that are similar. I’m not painting, but there is a certain level of art in prepping a fossil. It’s meditative. You kind of get lost in it.”—Instructional support technician Sean Nies.Chico State
Follow us for more stories like this