Can You Handle The Truth?: Fact-Checking COVID-19 Deaths In San Francisco, Claims About Maxine Waters Comments On Derek Chauvin 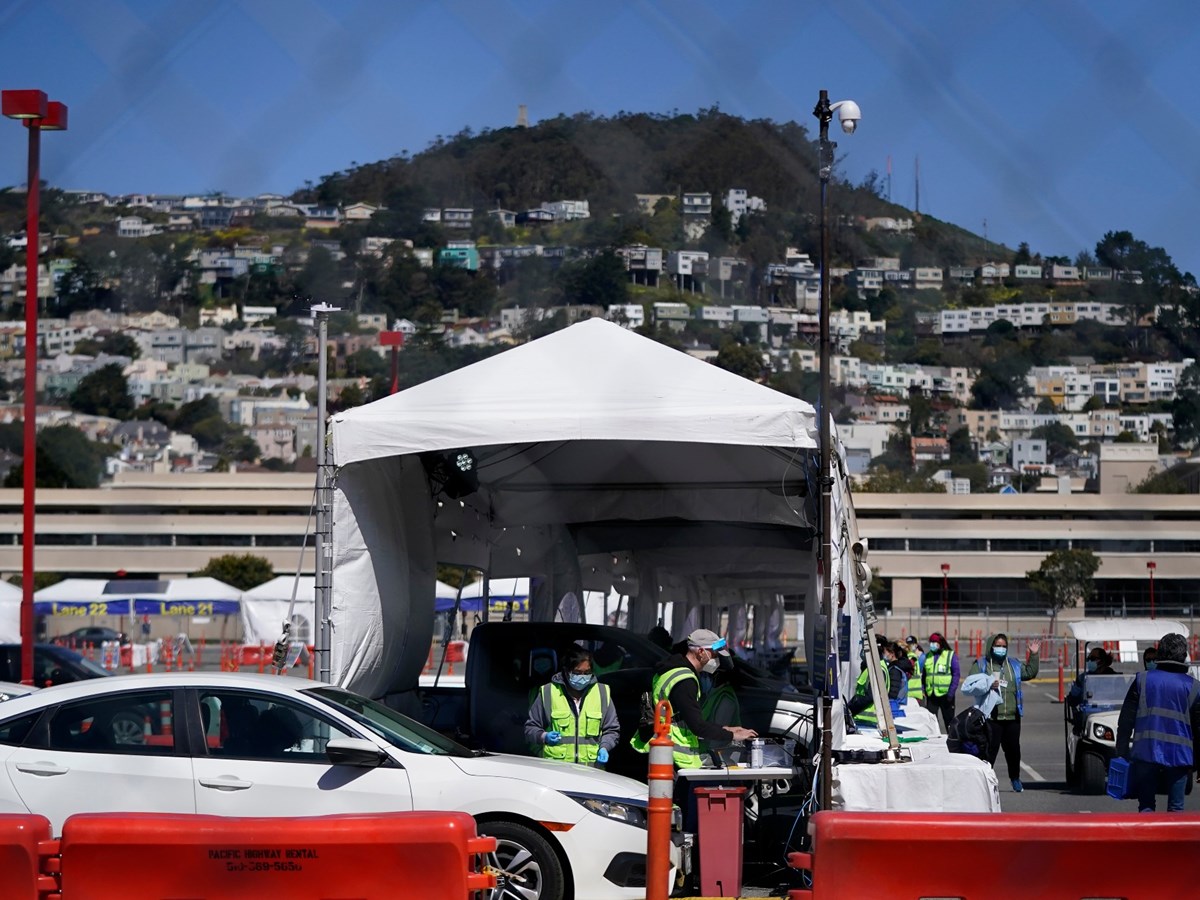 Healthcare workers tend to people in cars at a drive up vaccination center at City College of San Francisco during the coronavirus pandemic in San Francisco, Thursday, March 25, 2021.

San Francisco’s early response to the coronavirus was considered a model for fighting the pandemic. But a California state lawmaker claimed this week the city experienced a drug overdose crisis that dwarfed its COVID-19 death count last year.

CapRadio’s PolitiFact California reporter Chris Nichols spoke with anchor Mike Hagerty about that claim in this week’s Can You Handle The Truth segment.

On the facts of the claim

Republican state Assemblyman Kevin Kiley of Rocklin made that claim on Twitter, and it was shared more than 2,000 times. For some context, Kiley has really made a name for himself by pushing back against former San Francisco mayor and current Gov. Gavin Newsom, especially on pandemic restrictions.

In this case, the numbers show Kiley is correct.

There has been a big increase in ‘drug overdose deaths’ in San Francisco. There were nearly 700 last year, much higher than in years past. That’s according to a recent medical examiner’s report.

On factors that led to the increase

Public health officials say it was fueled by the spread across the city of the powerful opioid fentanyl. They say it was made worse by the pandemic which isolated people and cut them off from drug treatment.

Margot Kushel is a professor of medicine at Zuckerberg San Francisco General Hospital.

“These deaths are preventable," Kushel said. "These deaths were on the uptick before the COVID pandemic. But much about the pandemic really impaired our ability to address it. There’s no question we are losing way too many people to this preventable cause of death.”

It is more than twice the city’s COVID-19 deaths from last year, which totaled 257, according to data from city’s Department of Public Health.

It’s important to note that San Francisco was praised for its early response and had one of the lowest ‘COVID-19 death rates’ of any major city in the country.

But in the end, Kiley’s statement is still correct. There were more than twice as many overdose fatalities in San Francisco than deaths due to the virus.

We rated his claim True.

Our PolitiFact California contributor Sasha Hupka fact-checked that claim. This was connected to the Derek Chavin trial, he’s the police officer who was found guilty last week in the death of George Floyd.

Days before that verdict, Waters told protesters in Minnesota that if Chauvin wasn’t convicted they should “get more confrontational.”

Chauvin’s defense attorney brought them up at the trial and asked for a mistrial saying her words would influence the jury.

The judge in the case rejected that, saying the jury had been instructed not to watch the news. The judge, however, did say her words might be grounds for an appeal in the case.

Still, legal experts told us there is no evidence Waters tried to unduly influence the jury and that there’s no case to charge or sentence her for those actions.

We found the social media post misleading. We rated it Mostly False.