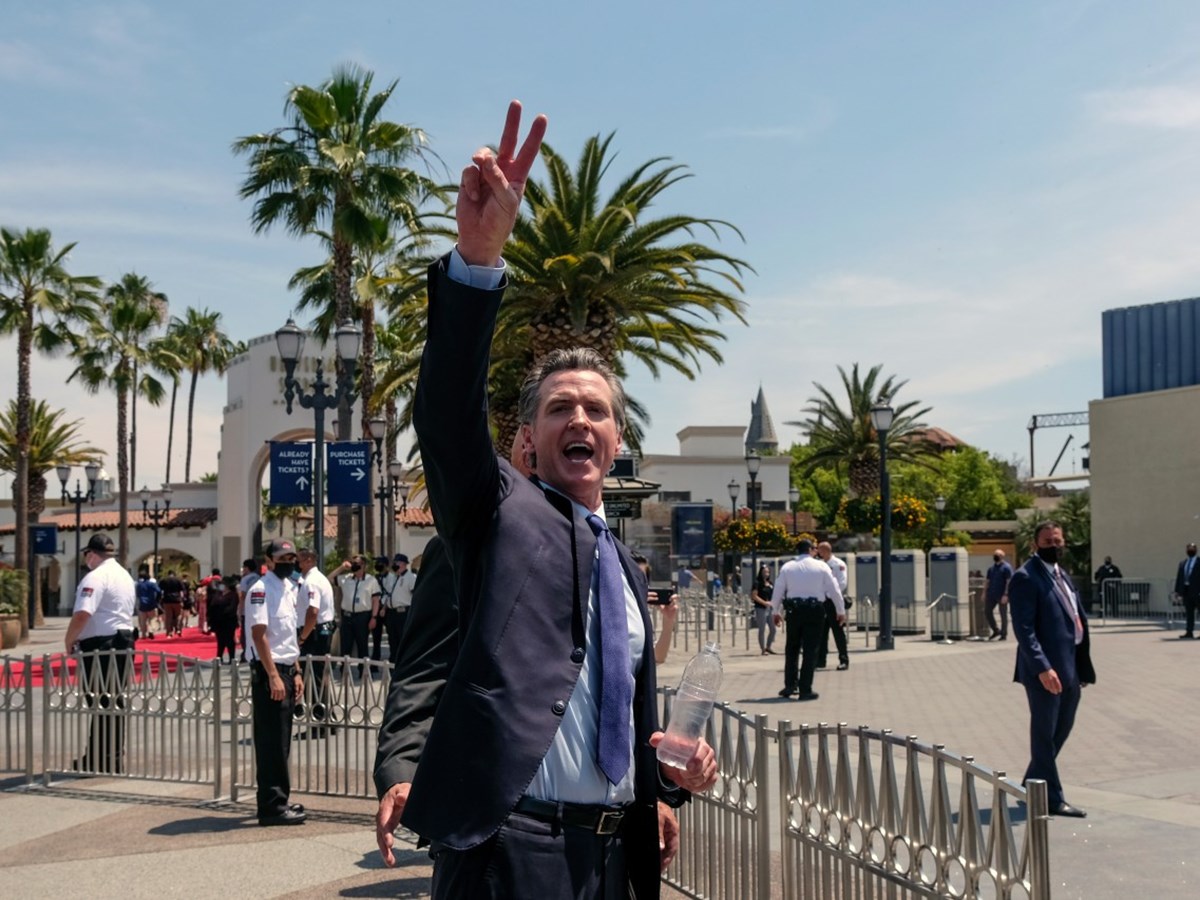 Want more information on how to vote in the recall and what happens after September 14? See our California Recall Voter Guide here.

Lt. Gov. Eleni Kounalakis set the date for the recall election after the Department of Finance completed a cost estimate July 1 — notifying state lawmakers that the recall would cost state and county election officials $276 million to administer —  and the Secretary of State certified the recall petition.

The election will be California’s first gubernatorial recall in nearly two decades and is sure to be an expensive one. Here’s what you need to know about the effort to recall and replace Newsom.

The recall election is set for September. What can we expect next?

Expect campaign season to ramp up hard and fast.

Newsom and potential replacement candidates have just a few weeks to make their case to voters, meaning Californians will soon be inundated by mailers and ads seeking support.

“This Republican recall is a naked attempt by Trump Republicans to grab control in California,” said Juan Rodriguez, an advisor with Newsom’s campaign. “On September 14, Californians will have the chance to defend our state and reject this Republican power grab once and for all.”

While Newsom has tied the recall to Republican activists, his GOP challengers say it’s about more than politics — that California needs sweeping change.

“I am ready to lead this recall and begin the California Comeback to clean up our streets, cut taxes on the middle class, and reopen our schools,” former San Diego mayor Kevin Faulconer said after the election date was set. “Change is coming for California and retirement is coming for Gavin Newsom.”

“Gavin Newsom will be recalled on September 14th,” said Jon Cox, a Republican businessman who lost the governorship to Newsom in 2018. “The insiders and allies have done their best to manipulate the election date for the pretty boy Governor, but it doesn’t matter. The people are tired of corruption and politicians who don’t deliver.”

The September election was set after a lengthy process of signature gathering, verification, and cost estimation. Here’s a breakdown of the timeline:

What is a recall anyway, and how does it work?

According to the final signature verification report from the Secretary of State, recall organizers turned in 2,161,349 signatures. Following verification and withdrawals, officials say 1,719,900 valid signatures remain. That means there are more than enough signatures to put a recall on the ballot.

During the recall, voters will be asked two questions:

The Secretary of State certified the list of 46 replacement candidates on July 21.

While shorter than the list of 135 people who were on the recall ballot in 2003, this year’s ballot will have a cast of candidates including a YouTuber, a shaman, a college student and a litany of elected officials and media celebrities.

California Recall Election Voter Guide: How To Vote And What Happens After

Conservative talk radio host Larry Elder was also put on the list after a judge ruled California’s law requiring candidates to show five years of tax returns does not apply to a recall. Elder was left off the preliminary list after the Secretary of State’ office said his taxes were improperly redacted.

Notably absent from the list: any establishment Democrats. Newsom is backed by the party and appears to have fended off a challenge. That also means Democratic voters won’t have an establishment backup candidate to support if Newsom is recalled.

What are the fundraising rules for a recall?

As the target of a recall, Newsom doesn’t have to comply with fundraising limits as he would in a regular election. It’s a huge advantage that could allow the defending governor to amass mountains of cash. Already, he’s received several big donations topping $1 million. Other candidates hoping to replace the governor are subject to regular campaign finance limits.

Although Los Angeles County collected the most signatures at 264,495, the most per capita came from counties in the Sierra Foothills and Northern California, with SierraCounty receiving the highest at 13.5 signatures per 100 residents.

Polls suggest a majority of California voters want to keep Newsom in office, though voters are deeply divided along partisan lines. The Public Policy Institute of California’s May survey found 57% of likely voters would support Newsom in a recall election, while 40% would vote to recall him.

According to an analysis by PPIC president Mark Baldassare, those numbers square with the state’s political makeup. An overwhelming majority of Republican voters — 78% — would vote to recall Newsom compared to 86% of Democratic voters who would vote to keep the governor.