That’s because his team at the UC Davis Tahoe Environmental Research Center has come up with an idea to remove the invasive crustacean from Lake Tahoe.

“We'd be removing things that cause clarity to decline, and so we'd have broken this cycle between climate change and declining clarity,” said Schladow, the director of TERC.

The findings are part of TERC’s annual “Tahoe: State of the Lake Report,” which outlines data collected over the past year, laying out issues and potential solutions. The data builds on collection efforts all the way back to 1968.

From 2018 to 2019, Lake Tahoe lost 8.2 feet of clarity after gaining more than 10 feet the prior year. That’s important because the famed blue hue, which comes from snowmelt, is part of what makes the lake so visually stunning.

When the group began taking measurements 52 years ago, researchers could see more than 100 feet into the lake; this year they could only see to a depth of an average 62.7 feet.

Still, Schladow says one year of decreases doesn’t matter as much, because it’s just “part of the story in a regime of being on a plateau. It gets better one year and goes down the next.”

However, it’s still important, he admits, as the impacts of climate change — droughts, floods and more rain instead of snow — worsen in mountain regions like Lake Tahoe.

“Even if the average may only be changing slightly, the highs and lows are starting to get further apart,” he added.

But there's another ingredient already lurking in the depths of the lake that’s complicating Schladow's mission to return the lake to a pristine condition — even amid outside impacts like climate change.

Trillions of tiny mysis shrimp — which humans put into the lake as trout food in the 1960s and then flourished and that live for a year or two — eat zooplankton that consume algae and sediment that cloud water. (Read about the shrimp and listen to a podcast episode.)

After a strange, unexplainable turn of events nine years ago in Emerald Bay — a popular inlet known for its gem-like color — shrimp disappeared and the clarity doubled within two years. But when the shrimp returned, the clarity declined. In response, researchers have for several years manually removed shrimp with nets. 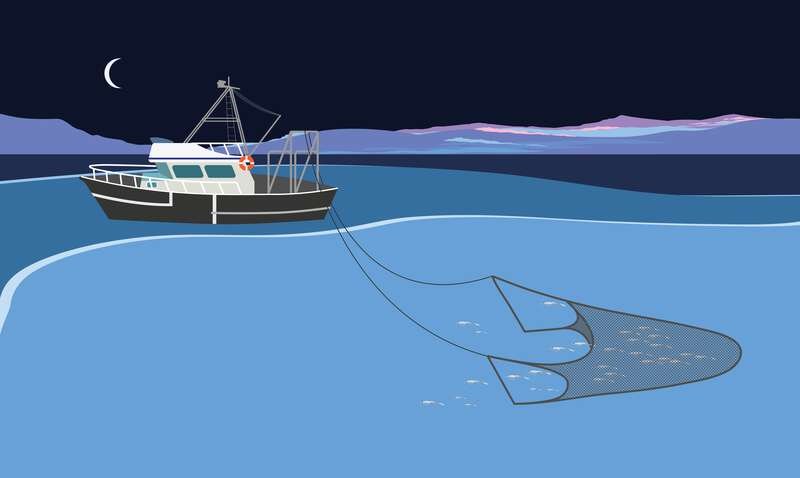 An illustration of how the UC Davis researchers trawl for mysis shrimp in Lake Tahoe.Andrew Le for CapRadio

The shrimp are full of omega-3 fatty acids, which people consume when they buy fish oil pills. Schladow says it’s also good for dogs, so the university is launching a new private-public venture to develop a line of Tahoe dog treats made from the shrimp.

“We found out that by turning it into dog treats … we can actually make a profit,” he said. “There aren't many other projects I know of where environmental restoration pays for itself.”

Schladow says it could take three to four months to remove enough shrimp out of Emerald Bay to make a noticeable difference in clarity there.

“Then, the question is how do you scale that up?” he asked. “Lake Tahoe is 100 times bigger than Emerald Bay, and you're not going to be able to do that in three or four months. And it's a question of, ‘Well, what's our target? Is it five years? Is it 10 years?’”

The venture involves researchers with TERC, the UC Davis Graduate School of Management and the UC Davis School of Veterinary Medicine. If successful, the report suggests the nonprofit model would be a “new tool for clarity restoration,” even in the face of climate change’s impacts on the region.

“Because so many people own dogs and love talking about their dogs, we thought that’s where we could generate the most awareness,” UC Davis M.B.A. student and project lead Yuan Cheng wrote in a release in June. “We could eventually branch out into other things, but we tried to focus on one initial go-to-market product.”

But Cheng said he realizes this may be a limited business opportunity, because the goal is to reduce the population to the point where removal is nearly impossible — which would mean no more dog treats.

But he noted that the process could be utilized in other bodies of water with similar issues around the globe.

“It’s a business designed to put ourselves out of business,” he said.

Correction: A previous version of this article misspelled UC Davis M.B.A. student and project lead Yuan Cheng's name. It has been updated.