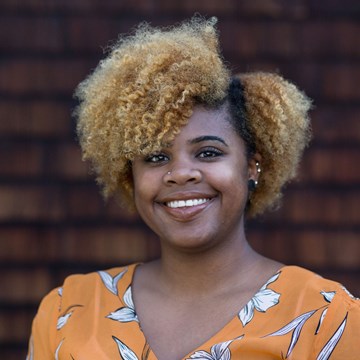 Ashlea Brown is the 2020 summer Intern for CapRadio.

Currently, Ashlea is a Second-Year graduate student at the University of California Berkeley’s Graduate School of Journalism.Prior to enrolling into the J-school Fall 2019, Ashlea had just earned a BA in English from Spelman College.

Ashlea’s journalism journey began in 2012 while in high school when she participated as one out of 12 minority students at the University of North Carolina Chapel Hill’s Chuck Stone Program for Diversity in Education and Media. Through that two-week program she wrote articles and a book review. She continued her passion of storytelling in 2015 when she got to Spelman College and became Co-Editor-In-Chief for the college’s newspaper. Through the four years she juggled several editorial positions and saw the importance of diversity in journalism and positions within a newsroom.

Later in her collegiate career, Ashlea decided to become a member of the National Association of Black Journalists (NABJ). At a NABJ convention she learned about UC Berkeley’s Journalism program,  where she plans to obtain her Master’s Degree May 2021. Ashlea hopes to cover minority and underrepresented communities in the future.

Ashlea’s a native of North Carolina and aside from her writing, she enjoys trying new foods and traveling.