Chants of “Where’s the affordable housing!” and “Homes for people, not profit!” drowned out voices backing California’s most controversial housing bill during a press conference in Oakland on Tuesday.

The event was meant to support the bill’s relaunch, but felt more like a protest rally against it.

Senate Bill 50’s author, state Sen. Scott Weiner, along with supporter and Oakland Mayor Libby Schaaf were shouted down as they described the changes to the legislation, which would dramatically increase high-density housing near job and transit centers across the state.

“This will create more of every kind of housing because we need more subsidized housing for low-income people,” Wiener told reporters after the event, as opponents continued to chant. “But we need more market-rate housing to bring down prices for people in the middle class.”

Opponents from groups such as Oakland-based Moms 4 Housing said the bill would lead to more luxury housing and too few affordable units.

Kimberley King, a professor of psychology at Laney College in Oakland, was one of many demonstrators at the event.

“The reason we’re opposed to SB50 is it’s emphasizing more market-rate housing and it’s perpetuating a lie that just building more housing is a solution to the housing crisis,” said King, a member of the college’s Poor People's Campaign.

The amendments to the bill, originally introduced in December 2018, would delay the implementation of the proposed law for two years and give cities and counties the chance to submit their own plans to boost housing density.

Wiener explained the changes this way in a post on Medium earlier Tuesday morning, writing that “Today’s amendments seek to ensure that local governments can implement SB 50 in ways that works best for their communities — meeting SB 50’s goals of more housing, housing equity, and sustainability but tailoring the bill to unique local needs.”

The changes allow local governments to craft their own plans for boosting housing density, as long as they meet the bills’ goals.

If communities don’t come up with their own plans, SB 50’s requirements would kick-in, forcing cities and counties to rezone land within half a mile of what it calls “job-rich” areas and “high-quality public transportation.” Examples would include Silicon Valley communities with high concentrations of office and tech parks but limited apartment housing. The transit criteria would include rail stops, ferry terminals and high-traffic bus corridors.

The law would allow for mid-rise apartment complexes of up to four or five stories, no matter the previous zoning in those areas.

The bill stalled last spring after strong opposition from slow-growth advocates who worried it would transform suburban, single-family home neighborhoods into dense population districts with towering apartments. They also were concerned it would strip local land-use authority.

Tenant groups opposed it over fears it would spur gentrification and displace low-income renters.

The bill faces a January 31 deadline to advance from the state Senate.

The new version, called the More HOMES Act of 2020, allows for a two-year implementation delay for every community in California. During that time, cities and counties can submit their own housing plan, “as long as it meets the goals of increasing housing density in a way that reduces driving and affirmatively furthers fair housing,” according to the bill.

Sensitive communities, “or neighborhoods at particular risk of gentrification and displacement,” would receive a five-year hiatus, according to a fact sheet from Wiener’s office.

For some opponents, those changes don’t go far enough.

“Simply delaying the implementation of SB 50 will not stop us from opposing it,” said René Christian Moya, director of Housing Is A Human Right, the housing advocacy division of the AIDS Healthcare Foundation. “We continue to insist that the number of affordable units required from developers when they are making use of SB 50 must be much higher than what they are right now. We can’t be giving developers so much power while simultaneously asking so little of them.”

Wiener has argued that California’s severe housing shortage is made worse by municipalities’ low-density zoning rules that prevent developers from building taller and denser housing options.

Along with the delays and added flexibility for local governments, the new version of the bill also includes an “anti-demolition” provision. It states that local governments retain authority “to ban, prohibit, or restrict demolition of existing housing.”

Additionally, it contains several renter protections, including a prohibition on demolishing buildings currently or recently occupied by renters.

Among its affordable housing requirements is the mandate that each new development must designate between 15 percent and 25 percent of its total units to low-income families.

Wiener’s office published a long list of groups supporting the new version of SB 50. A small sample includes the California Association of Realtors, the California Chamber of Commerce, the Non-Profit Housing Association of Northern California, along with the mayors of Sacramento, San Francisco, Stockton and San Jose, among other cities. 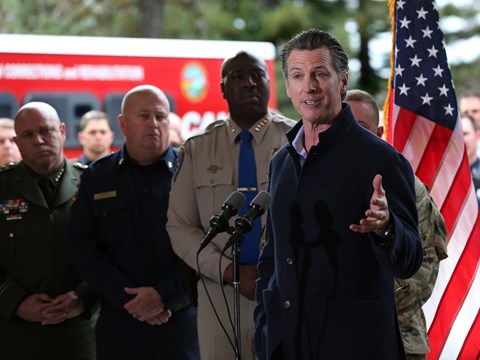