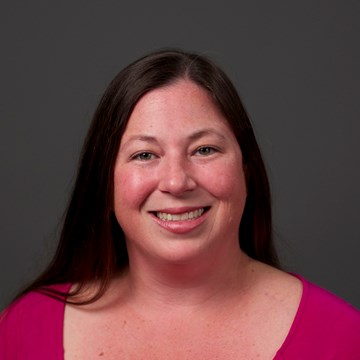 Jen Picard's love affair with radio began while she was a student at Humboldt State University in Arcata, CA. Her weekly show on the student-run station, KRFH, led to an internship in 1999 at KUBA in Yuba City. There she served as the weekend and afternoon news anchor. After graduating in 2000 with a degree in Journalism and Mass Communications, Picard was hired as a features copy editor at the Appeal-Democrat newspaper in Marysville, CA.

In 2001, Picard was promoted to Entertainment Editor, a position she held for five years. During her time in print, she wrote a weekly pop-culture column and spent an amazing amount of time covering local concerts and plays. "It was a rough job, but someone had to do it," she said.

Picard left the paper in March 2006 to pursue a freelance writing career, but found herself called back to radio in July 2006. "Working from home gave me an opportunity to listen to Insight daily and I really enjoyed the in-depth analysis of local topics, not to mention the variety," she said. "I wanted to work here and I got lucky. It's great to be a part of something that's unlike anything else in the area."

Picard lives in Sacramento with her photojournalist husband Max Whittaker and daughter Sierra. She also has two furry children - Tess the lovable pitbull, and Smokey, the nuerotic cat. An admitted television addict, she used to spend an inordinate amount of time discussing the merits of reality television with anyone who would listen, but after becoming a mother has found her attentions taken up by Elmo and company (what is it about that furry red monster that makes kids crazy?) When in need of fresh air, she can be found riding her bike or running on the American River Parkway.