'If We Are Fed And Cared For, We Blossom': Sacramento Renames Park For LeVar Burton

LeVar Burton is not only the name of a Star Trek and Roots actor and Reading Rainbow TV star, it’s now the name of a park in South Sacramento.

On Tuesday The city of Sacramento renamed Richfield Park after the famous actor and reading advocate who once lived in the Meadowview neighborhood.

Dozens of fans lined up in the new LeVar Burton Park to take a photo and get books autographed by the celebrity.

“If I can do it, so can you,” Burton told Capital Public Radio about leaving Meadowview and finding success. He said it’s very important for children to see themselves represented in popular culture and TV.

“Because absent seeing yourself in the popular culture, a child is sent a very dangerous message, that 'you don’t count,'” he said.

City leaders touted the actor as an example of how folks from any neighborhood, even less affluent areas such asMeadowview, can “live [their] dream.”

“He is an inspiration to our youth, to people of our community and to everyone in Sacramento,” said City Councilmember Larry Carr in a statement, who represents District 8, which encompasses Meadowview.

At the celebration, Burton remembered growing up in South Sacramento with a single mom.

“We lived pretty much close to the bone. My mother was a social worker, [she] put us all three of us kids, my two sisters and myself, through Catholic schools. It wasn’t cheap, but she knew that education was the leveler of the playing field,” he said. 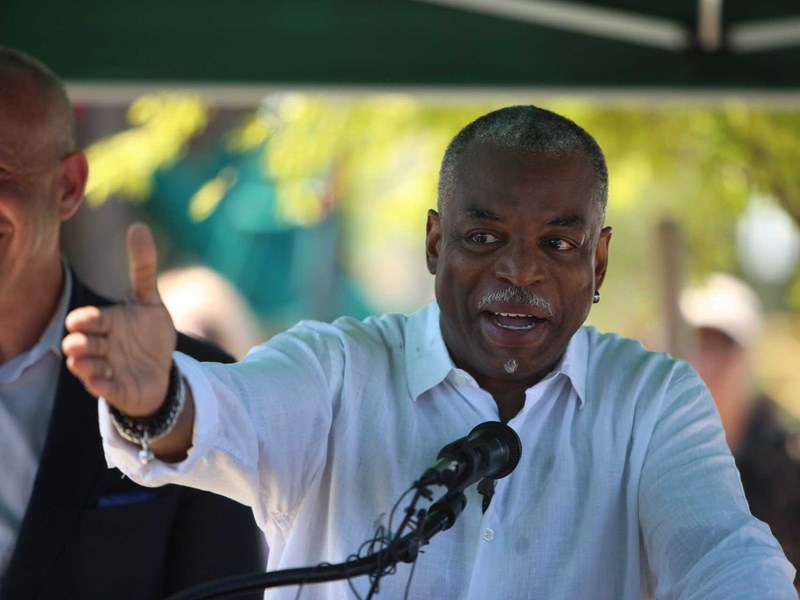 At the park ceremony, Burton touted the importance of education as a “birthright.” He also said everybody needs support in order to rise to success, something he had a lot of along the way.

Sacramento Mayor Darrel Steinberg echoed the idea that people do not rise above humble beginnings on their own.

“There are many LeVar Burtons living in our communities,” said Steinberg. “If we do the right thing by them, there will be more LeVar Burtons who become nationally and internationally famous for the work that they do.”

Burton met with elementary school kids in Meadowview Tuesday morning, and is being recognized at the Sacramento City Council meeting Tuesday night.

Correction: A previous version of this story failed to mention Burton's role on the TV show Roots. It has been updated.