A diverse array of patients trickle in and out of the Sacramento County Primary Care clinic this weekday afternoon.

Byron Crowder walks out the front doors with a manila envelope.

“I just went to the hospital the other day, because I couldn’t walk because of my back. They charged me $800 just for the ER," says Crowder.

He’s been uninsured for three years.

He picked up two applications for public health coverage today.

He wants help paying for his emergency room visits, but isn’t too hopeful he’ll qualify for county help.

“This is a packet they gave me to fill it out, bring it back, with my documents from the doctor, they’re going to deny me, then I have to go to the county building for them to deny me for medical benefits," says Crowder.

The county’s health program provides coverage of last resort – but Crowder says he’s even been denied for that in the past.

“The system is designed to say no,” says Crowder.

Things may be different for Crowder this time.

Crowder says he makes less than the $15,000 a year, the income level that allows a single person to qualify for expanded Medicaid under the Affordable Care Act. 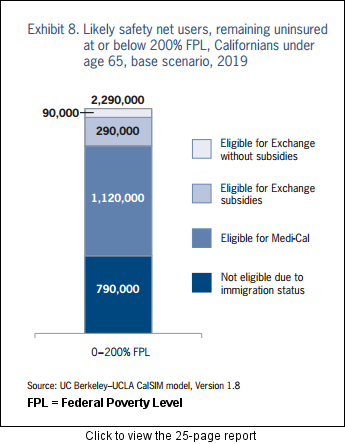 "The Affordable Care Act simplifies the Medi-Cal eligibility process," says Elizabeth Landsberg with the Western Center on Law and Poverty.

Starting January 1st, any citizen of California who earns less than 133% of the federal poverty level will be eligible for Medi-Cal.

"Most people will no longer have an assets test. There’s a federal verification hub, meaning we’re using electronic data to check your information instead of having you have to give paper paystubs. So the rules are simplifying quite a bit under Obamacare," says Landsberg.

A couple years ago, the state allowed counties to create ‘low income health programs’ with federal money, as a pre-cursor to the Affordable Care Act.

About 600,000 low income Californians are already getting coverage - a sizable portion of the one to two million new patients expected in Medi-Cal next year.

Automatic enrollment is just one reason signing up for Medicaid may be simpler for some people than shopping for private insurance.

While Californians with higher incomes, will be faced with many health plans and prices from which to choose, Medicaid enrollees will have little or no choice of health plan, and there is no premium to pay.

But that doesn’t mean people will flock to the program.

"Despite the fact that Medi-Cal will be free for people who qualify, it is still difficult to outreach to the populations who are eligible," says Jerry Kominski of the UCLA Center for Health Policy Research.

He says everyone benefits from a smooth enrollment process. The more people are insured, the more the public saves in averted emergency room costs.

“We estimate that a pretty significant portion of people who will be newly eligible are still unlikely to unroll at least in the first year or two because they just may not know that these benefits are out there," says Kominski.

“I haven’t even thought about ObamaCare, I don’t know what Obamacare is,” says Crowder.

Crowder does know he’d be more productive if he had a regular place for health care. He’ll be waiting to see if the door to health coverage opens to him. A door that is, as of now, mostly closed. 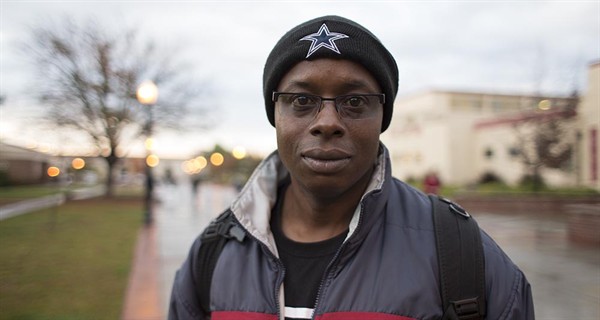