This is part of our series on new California laws taking effect in 2019.

Restaurants in California that offer kids meal combos will be required to promote water or unflavored milk as the default drink option starting Jan. 1, under a new law that aims to discourage the consumption of soda, juice and other sugary beverages among young people.

SB 1192, by Sen. Bill Monning, D-Carmel, also prohibits the display of sugary drinks on kids meal menus and advertisements. Parents will still be able to request the drink of their choice for their children.

The new law won’t be too much of a change for Shona Messmore and her 5-year-old daughter, Belle.

“We always get her a thing of water. And then she can have milk with her meal,” said Messmore, over a slice of pizza and lemonade with Belle at a Sacramento food court this week. “But we don’t get her soda unless it’s a very special occasion — she’s done really good at school or something like that.” 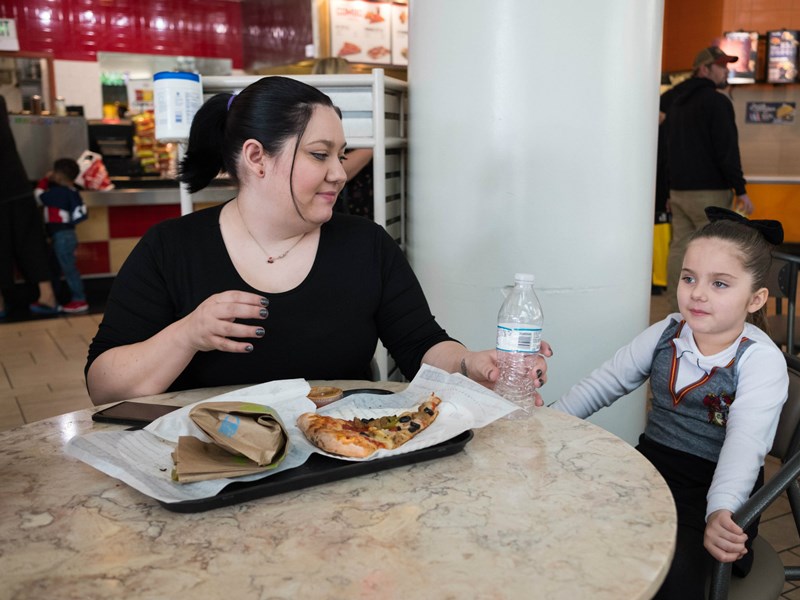 “It’s not good for them — the sugar. It’s rotting the teeth. It’s making them excessively hyper. I think that milk and water, it’s better,” she said.

At a nearby Jack in the Box restaurant, David McCray said he’d still buy sugary drinks for his grandchildren, if they want them.

“I feel a person should have what they want to get,” he said, drawing disagreement from his wife, Elida.

Some fast-food spots such as McDonald’s, Burger King and Subway have already stopped promoting soda with kids meals. Others have not.

Along with flavorless milk and water, restaurants will be able to promote sparkling and flavored water with no added sweeteners.

In a statement after the bill was signed into law in September, Monning said the “state is in the midst of a public health crisis where rates of preventable health conditions like obesity and Type-2 Diabetes are skyrocketing, due in large part to increased consumption of sugary beverages.”

He described the law as part of a strategy to combat that crisis.