Valerie Ing stood in her Redding neighborhood on Thursday evening, looked westward — and saw towering flames burning about a mile away. “And that was terrifying,” she said.

What Ing witnessed was the Carr Fire, a rapidly growing blaze that jumped the Sacramento River and entered Redding’s city limits on the west side of town.

Firefighters say the inferno is unlike anything they’d experienced in their careers. Two individual have died battling the fire, and as of Friday morning it had destroyed dozens of homes and structures. 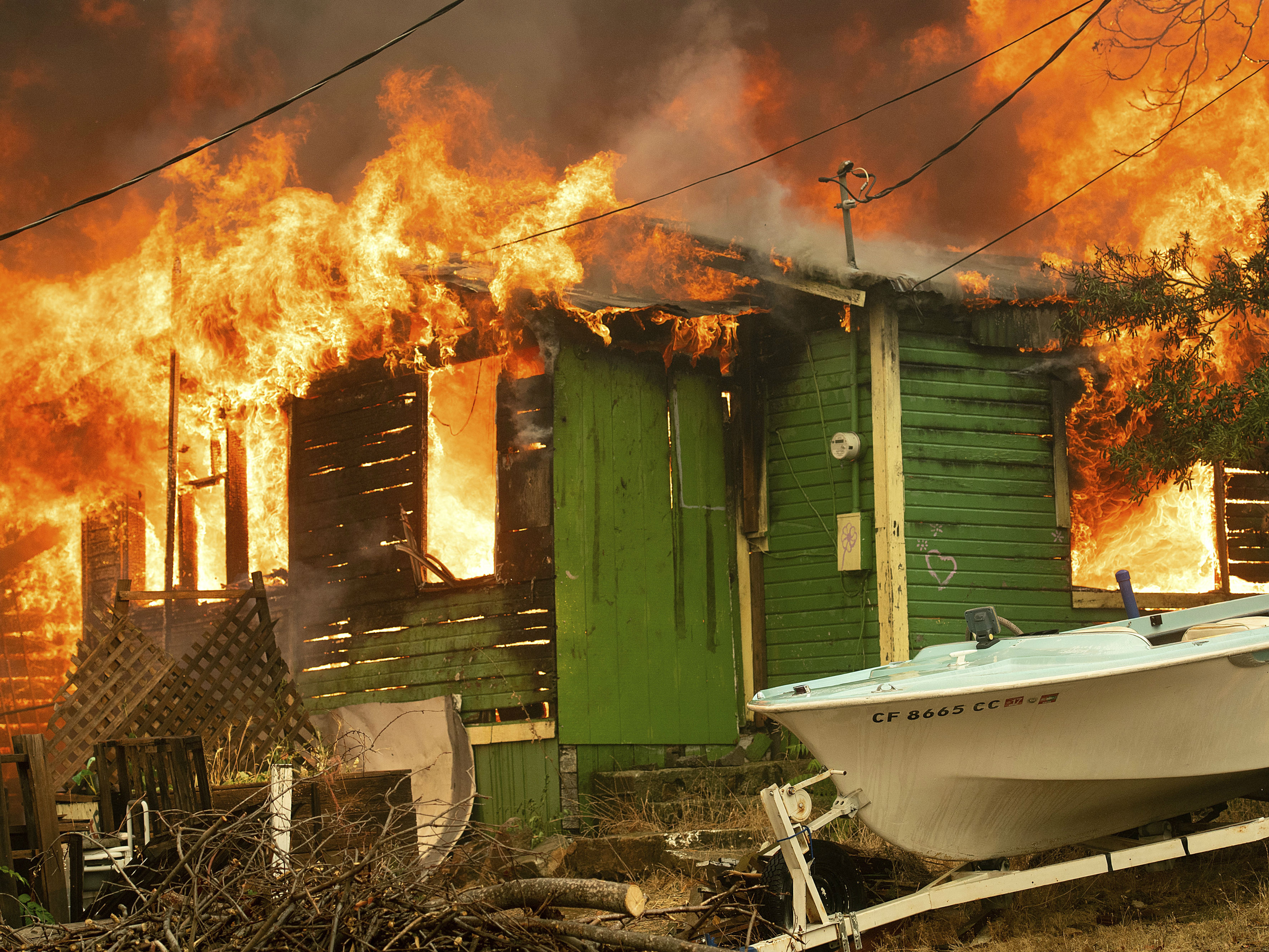 Ing knew she possibly would have to evacuate her West Redding home on Wednesday. The Carr Fire started earlier this week miles out of town, but had rapidly expanded from 8,000 acres on Wednesday night to some 20,000 on Thursday morning.

“And I thought ‘If it marched that far the night before, and has grown that much overnight — if it did the same thing as yesterday, then my house, and everybody else’s house that I know, would be right in line with the fire.”

On Thursday, she says a friend who lives about a mile away called her around 8 p.m. “‘Have you left yet,’” the friend asked.

“‘No, I’m fine,’” Ing responded. But her friend said she wasn’t OK, because she was just told to get out of her home with seconds notice, and fire had overtaken her backyard.

“And that was when I thought ‘I’m not going to wait,’” Ing said.

She described the evacuation process on Thursday night as “a lot of chaos” and traffic in town, and gridlock for miles on Interstate 5 heading south toward Chico.

As of Friday morning, she says her house is still standing. But she’s concerned.

“The fire is definitely creating its own weather,” she said, adding that she saw burnt leaves and embers flying throughout the city.

“I don’t think we can predict which way this fire’s going to go, and that’s why I didn’t take any chances,” Ing said. “I left.”

The KRCR TV station in Redding was also evacuated Thursday night while anchors were on air covering the fire. The station’s news director, Jennifer Scarborough,said that the newsroom had been covering the blaze since Monday.

Scarborough’s family was evacuated from her home Thursday night as well. She has lived in Redding for 23 years, but said she has never seen anything like the Carr Fire.

“The fire was a monster, an absolute monster,” she said.

The evacuation order came quickly for Joanne Blue, another Redding resident who had to leave her home Thursday night.

Blue got an automated call alerting her that she might need to evacuate and had about 40 minutes to pack before she had to leave.

“When we were putting everything in our car, then the police came down our street and they told us that we had to evacuate immediately,” she said. 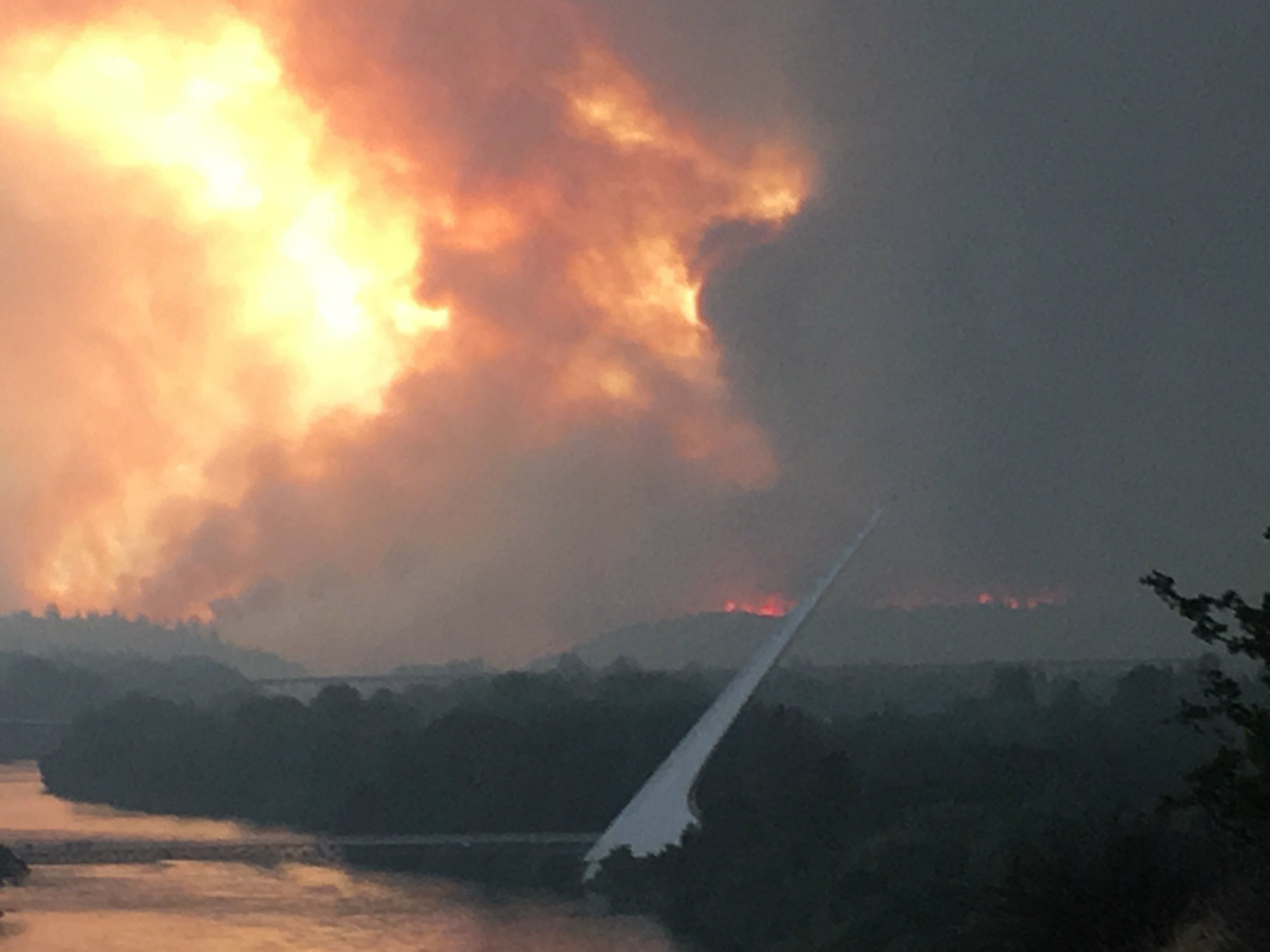 Tyler Wayne Spence and his wife evacuated from their West Redding apartment while they watched the Carr Fire “billowing” on both sides of the Sacramento River nearby. He described the “panic mode” around him at his apartment complex.

“Everybody was just throwing things in their car,” Spence said. “The freeways were clogged up. It just literally looked like a war zone.”

Spence and his wife are in a safe place currently, but he said their bags are packed and ready to go in case the fire changes course again.