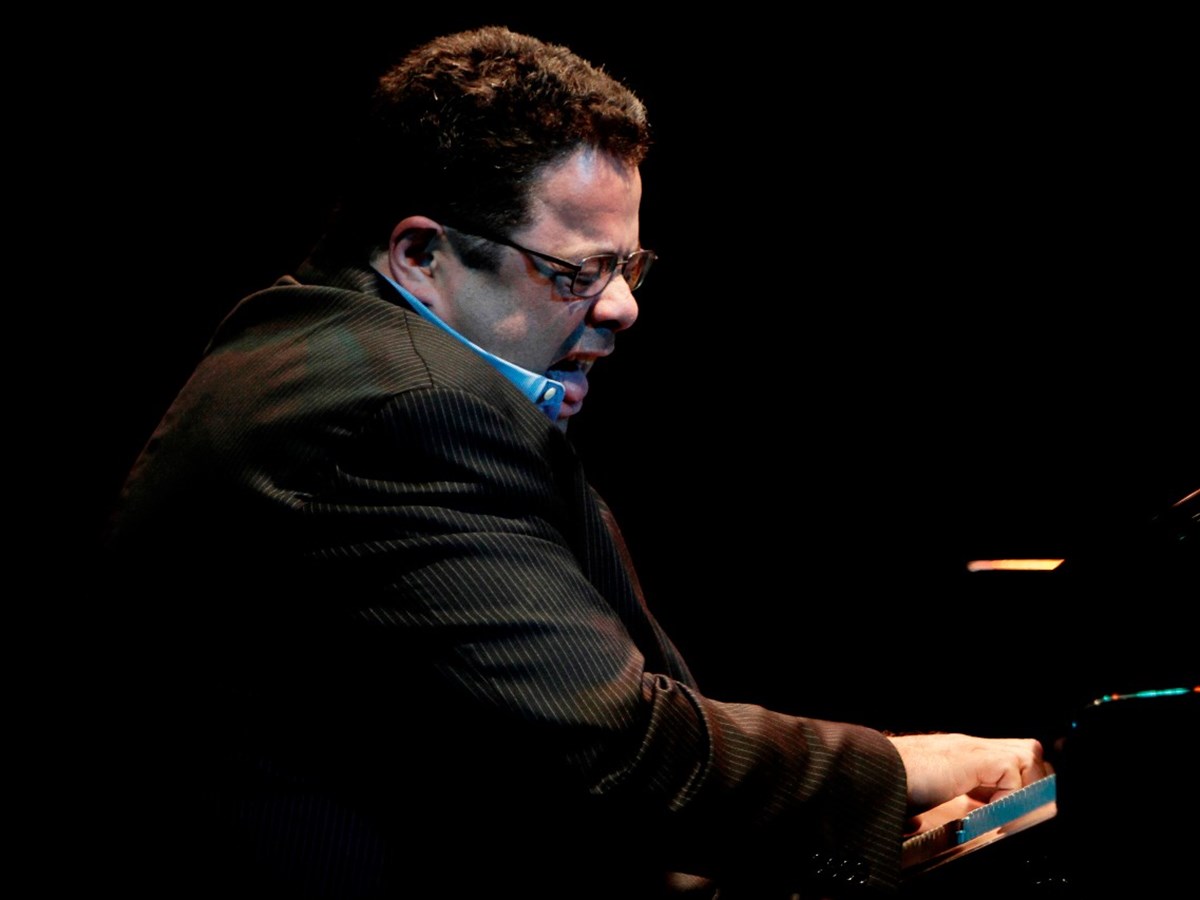 This year, O’Farrill realized a lifelong dream when he released his latest album, “Dreaming in Lions” on the legendary Blue Note record label.

“This is the label for Lee Morgan and Joe Henderson and Wayne Shorter. I mean, this is the label that gave us some of the most important music in the history of Jazz,” said O’Farrill. “But, I think the thing that I’m most happy about with this record is that the music on it is different. It’s not typical Latin Jazz or even typical Jazz, it’s very challenging music. I’m very grateful to Blue Note for taking a chance on this music.”

O’Farrill is the son of composer and bandleader Chico O’Farrill, one of the pioneers of Afro-Cuban jazz and the founder and original leader of the Afro-Latin Jazz Orchestra. Finding his own voice in a family full of music wasn’t always easy.

“Naturally I grew up in the shadow of Chico O’Farrill, kind of afraid to shine and afraid to disappear,” he said. “And it took me a long time to even compose, you know. It took a breakthrough moment where I realized I’m not gonna sound like my father no matter what I do.”

People will always judge him in relation to his famous father, O’Farrill points out. But he said it doesn’t matter.

“Music making is not contingent upon who your daddy is. Either you deliver the goods or you don’t.”

While O’Farrill’s musical path would eventually lead back to his Latin roots, including several years performing with his father, his career started with other important influences like free jazz pianist and bandleader Carla Bley.

“I played in Carla Bley’s band for three years and learned a lot about integrity and curiosity,” he said “Lessons that my father had taught me; to be kind of curious and to write music that interests you, and that makes you grow.”

In 2018, O’Farrill took part in a multimedia project called Fandango at the Wall. It documents the annual Fandango Fronterizo Festival at the Tijuana-San Diego border, where musicians from both countries come together to literally perform through the mesh of the border wall together. Arturo O’Farrill brought his entire Afro-Latin Jazz Orchestra down to record and to share in the tradition with the Son Jarocho musicians of Veracruz, Mexico.

“[The festival] comes from a deeply rich tradition that is quintessentially global and quintessentially Mexican. It’s informed by sources African, sources Spanish, sources Middle Eastern, but it all comes together in this little tiny place called Veracruz. These musicians embrace all the sources, all the streams that feed them.”

Beyond his far-reaching musical impact, O’Farrill is making a difference at home in New York City with his non-profit organization, the Afro-Latin Jazz Alliance.

“We were invited to join a proposal for a 19-story affordable housing unit called Timbale Terrace which was gonna help transition people out of homelessness and provide mental health services and substance abuse services,” explains O’Farrill. “And lo and behold, the city of New York awarded us Timbale Terrace which is going up on 118th Street and Park Avenue and will include a community center and a performing arts center!”

Whether he’s touring the world with his orchestra or taking care of the neighborhood with his non-profit, Arturo O’Farrill is breaking down barriers and building up community with music.