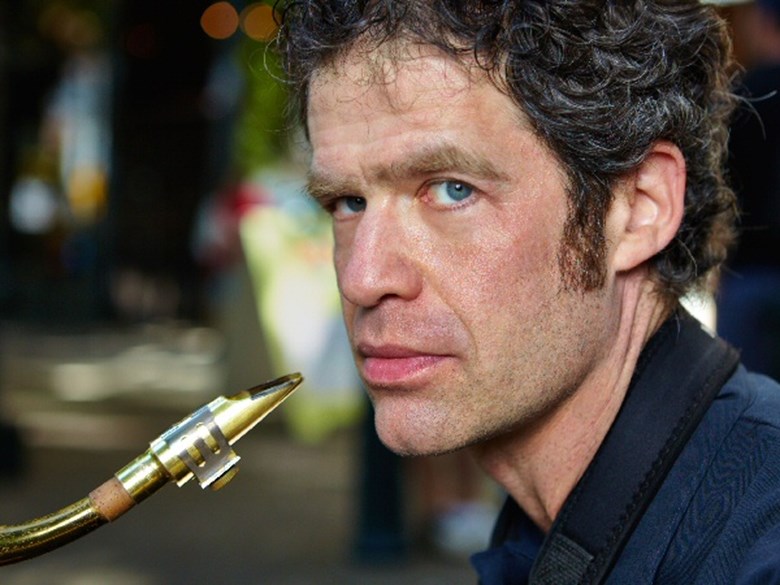 Saxophonist and composer Anton Schwartz is driven. You can hear that drive in many of the tracks on his new CD "Flash Mob," his fifth recording as a leader. Back in the 1990’s, Schwartz had to be driven. He was working hard toward obtaining his doctorate at Stanford University as a National Science Foundation Fellow.

“I was doing, well you would call it artificial intelligence, trying to get computers to do things that we think of as characteristically human," explains Schwartz. "Examples are reading scrawled handwriting, recognizing faces, robots walking around a room or driving a car, stuff like that.”

Schwartz started studying music as a kid and played in jazz groups as an undergrad at Harvard. But because he was so good at math, he always thought that would be his future… until the stress and solitude we was experiencing at Stanford began taking a toll.

“I started having health problems and started having to do a lot of soul searching. And on the other side I realized that, yeah I love thinking about all this stuff but I like doing more than thinking. I just decided I didn’t want to be an academic,“ recalls Schwartz.

Since making that decision, Schwartz has established himself in the jazz world as a respected composer and sought-after saxophonist.  But he still has the mind of a mathematician. In fact he says math and music have a lot in common.

“You really have to be very comfortable thinking in abstractions," he explains.  "So the world that I live in on a regular basis is much the same. The difference is that rather than being all in the service of technology and innovation, it’s all in the service of emotion. There are so many aspects to composing and to improvisation that are very theoretical and yet when you actually put them to use it just becomes emotional and in full color. I love the expression that I’ve heard, music is what your emotions sound like.”

Considering the high-tech innovations of recent years -- from smart phones to driverless cars -- you have to wonder if Schwartz ever regrets getting out of the field of artificial intelligence.

“Never. Not once," he says resolutely. "I mean I love following it, but as a civilian not as a participant. It’s an exciting world.”

While he’s not immersed in theories, research or algorithms anymore, Anton Schwartz is still in the business of discovery. Only now, he’s helping other people arrive at their own discoveries… through music.

“I get emails and comments from fans at clubs periodically," says the saxophonist. "People say ‘hey this is my first jazz concert and I really enjoyed it and what else can I check out?’  Or,  ‘I normally don’t like jazz but…’"

The Anton Schwartz Quintet will perform as part of "Jazz Night" at the Crocker Art Museum on Thursday, August 18th, 2016.  More info here.  And check out Anton's website here.