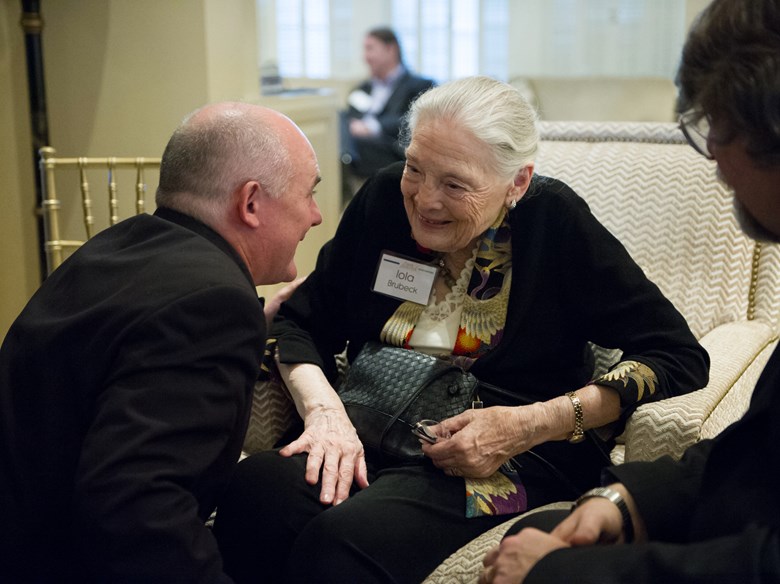 University Of The Pacific

A statement from the Brubeck family, issued through University of the Pacific, says Mrs. Brubeck died peacefully at home with her family around her.

Iola Whitlock was born in Corning, California.  She attended grade school in Willows and high school in Redding. She met her future husband, Dave Brubeck, while earning her bachelor of arts degree in Stockton at College of the Pacific  in 1945. The two went on to become lifelong collaborators who were influencial in moving jazz into the mainstream during the 1950s. 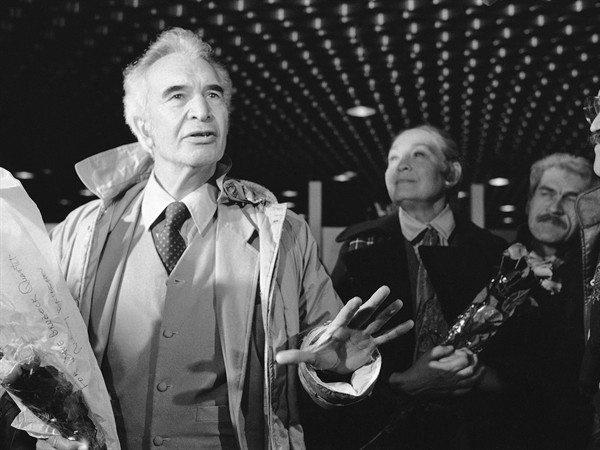 American jazz pianist Dave Brubeck, left, shown with wife Iola, talks with reporters on Wednesday, March 25, 1987 in Moscow where he is beginning a 13-concert tour of the Soviet Union. The two men on the right are unidentified. Boris Yurehenko / AP

Iola Brubeck managed The Dave Brubeck Quartet during the start of its meteoric rise to fame.  She is widely credited with pioneering what is now a performance staple, the college campus circuit, by cold-calling schools and booking the Quartet on cross country tours. The grass roots approach earned Dave Brubeck legions of young fans.

She was also Dave's chief lyricist and wrote more than three dozen songs for her husband and others and worked as a radio announcer and educator.

In this excerpt from a 2003 Capital Public Radio feature on Iola Brubeck she discusses the story behind the college concerts and touches on her work as a lyricist with Dave:

"Iola Brubeck was a keenly intelligent woman, a very talented artistic collaborator, and gifted at directing and managing her husband's life and career," said Simon Rowe, executive director of University of the Pacific's Brubeck Institute. "The long life shared together by Iola and Dave Brubeck was a true partnership in every sense of the word."

The couple wrote a jazz musical together in the 1960s. The show was titled The Real Ambassadors and told the story of Civil Rights and the music business. Louis Armstrong and his band collaborated. Here's an interview with Dave, discussing the musical on NPR: Dave Brubeck On 'The Real Ambassadors'

Together they raised six children. Dave and Iola Brubeck were married for 70 years. She was 90 years-old.

Iola was preceded in death by her husband Dave and son Michael. She is survived by sons Darius, Christopher, Daniel and Matthew, daughter Catherine, ten grandchildren, and six great-grandchildren. 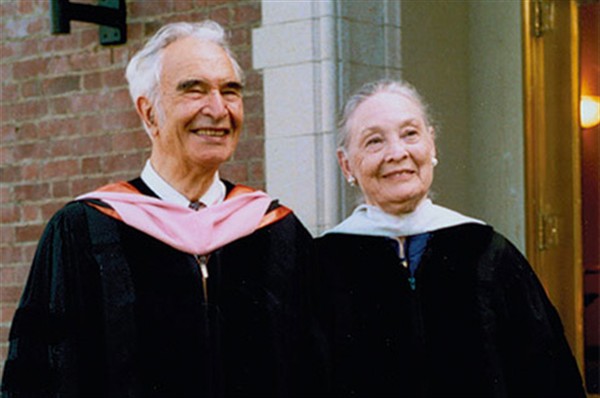 Dave and Iola Brubeck return for Commencement festivities in 2006. University Of The Pacific