For The Love Of Vinyl: Vendors Answer Increasing Demand For Records 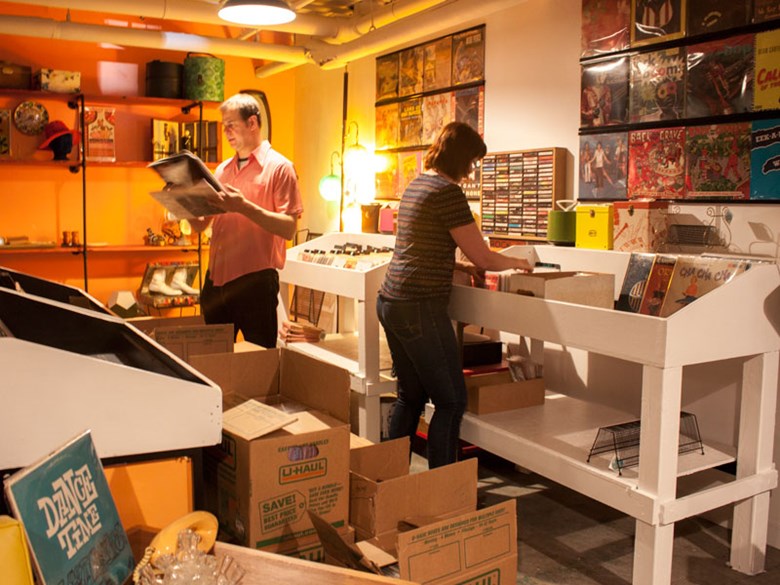 Tim and Laura Matranga, owners of Kicksville Vinyl And Vintage in the Warehouse Artist Lofts, organize inventory a couple weeks before opening their new record shop in partnership with Medium Rare Records, owned by Marty DeAnda.

Just a few months after the release of a documentary about the rise and fall of the legendary Sacramento-based Tower Records… two record shops opened in Midtown. In fact, more and more record shops are popping up. The question is why? What’s drawing people to good old fashioned records?

“It’s something real, you can hold the cover, you can own the real thing, versus an mp3 which is just a digital file.  If your computer crashes you lose it.  You don’t have the cool artwork in your hand,” says Laura Matranga, who along with her husband Tim opened Kicksville Vinyl and Vintage in the new Warehouse Artist Lofts this week. They share a collaborative retail space with another vinyl vendor, Marty DeAnda of Medium Rare Records. 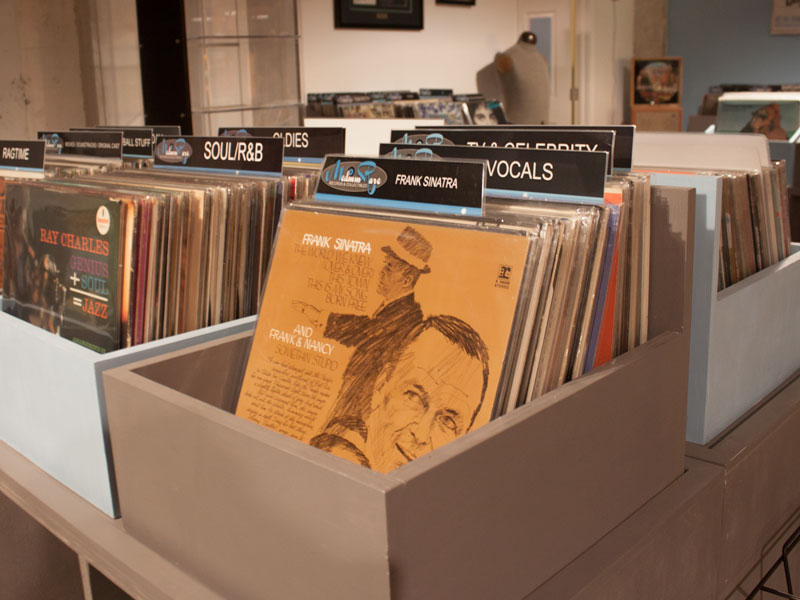 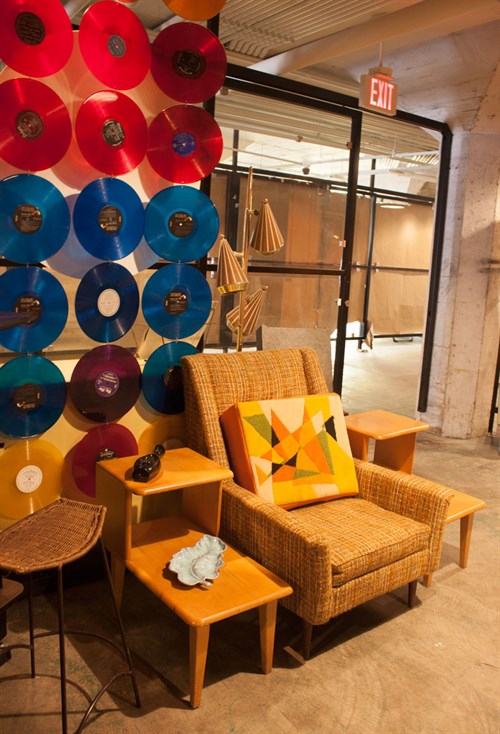 “The point was having two specialists so we can cater to two markets,” explains DeAnda. He says he’s wanted to do a concept like this for a long time, two different shops with an invisible wall down the middle; orange on one side marking Kicksville and a cool blue on the other representing Medium Rare.

“It feels like how we envisioned it,” he says.

Jeff Hassett came into the shop on opening day to check it out. He says he’s been collecting records for two decades but he’s really noticed a boom in popularity in the past five years.

“It just seems to get bigger and bigger,” says Hassett.  He says he used to know all the collectors, but now the flea markets and shops are filled with new faces.

Kicksville's Matranga has been DJing at UC Davis radio station KDVS and collecting records for years.  He says records have a warmth that MP3's just can’t replicate,  and because of that more people are turning to the older medium. 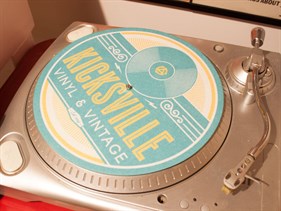 His wife says she loves collecting records for the covers.

“Music, art, design, it’s all tied together,” she says. “As far as album covers, I love the photography, the graphics, the typography, color choices. For years I just collected basically junk records because I thought the covers were cool. I would decorate with those. I would draw design inspiration from those older albums and try to incorporate those styles into my own design work.”

Medium Rare and Kicksville are among a growing number of record stores in the region. Dal Basi, owner of the south Sacramento store Phono Select, sees records stores as beacons of culture and community, like coffee shops and bookstores. He says they offer a place to go to learn about music and meet other passionate music lovers. 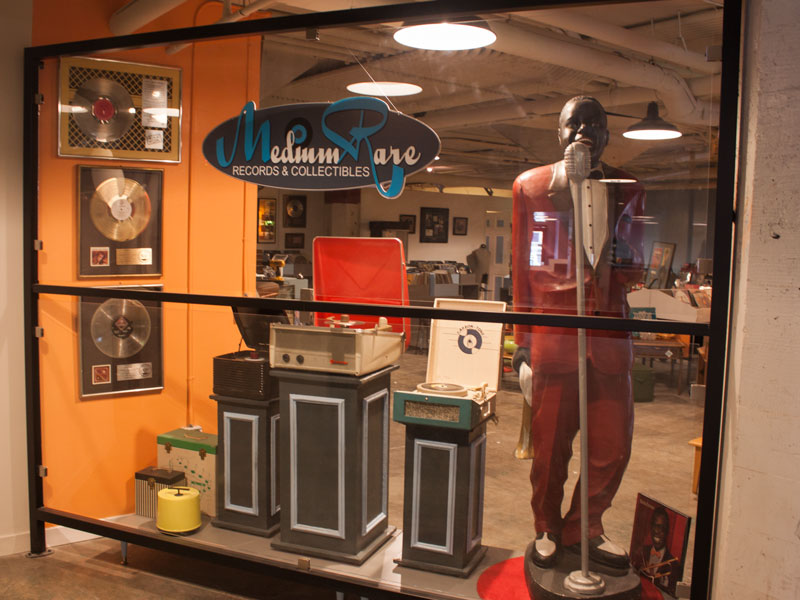 Basi thinks the vinyl revival can be traced back to several factors. Some people get into records for the cover art, some do it for the nostalgia, and some like doing it because it's totally new to them. All reasons that add up to a greater demand for records.

“There’s a process; the whole ceremony, pulling the record out of the jacket, putting it on the turntable, putting the needle on the record, you’re kind of invested at that point,” Basi says. 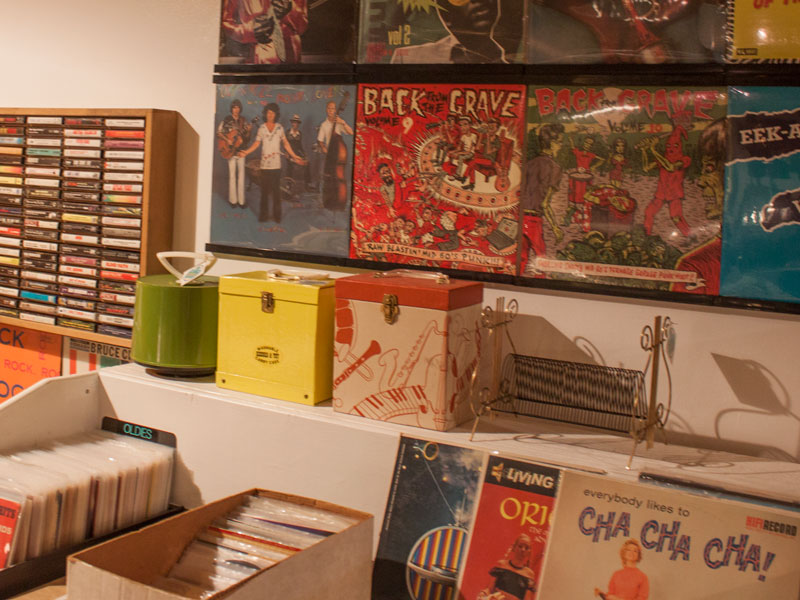 Basi adds that media and popular culture are giving more exposure to records and record collecting.

“I was watching Mike and Molly the other day and they had records on the walls,” he explains.

And, Basi points out, even large mainstream retailers like Urban Outfitters and Whole Foods carry records.  Records have a "cool" factor, he says, that digital files just don’t. He doesn't even consider mp3's to be real.

“If you put out a digital download and that’s all you ever put out," poses Basi, "What happens?  Does it really ever exist?”

Tower Records may have had its rise and fall, but the current upward tragectory of record sales in America isn't showing signs of slowing.

Rise Of Records Sales In The US | Create infographics