Louisiana experimental indie-rock band, Neutral Milk Hotel rose to popularity among the music elites in the 1990s, taking a break from 1999 to 2013.

They released their 2015 tour schedule with this note to fans:

"dear friends we love you but it's time to say goodbye for the never ending now to announce that spring 2015 will be our last tour for the foreseeable future and so we extend our deepest gratitude to all the beautiful people who came to see us over the last year..."

Sacramento fans will get to see the second-to-last show of the tour at the Crest Theatre on June 10, tickets go on sale today... so, don't say we didn't warn you. 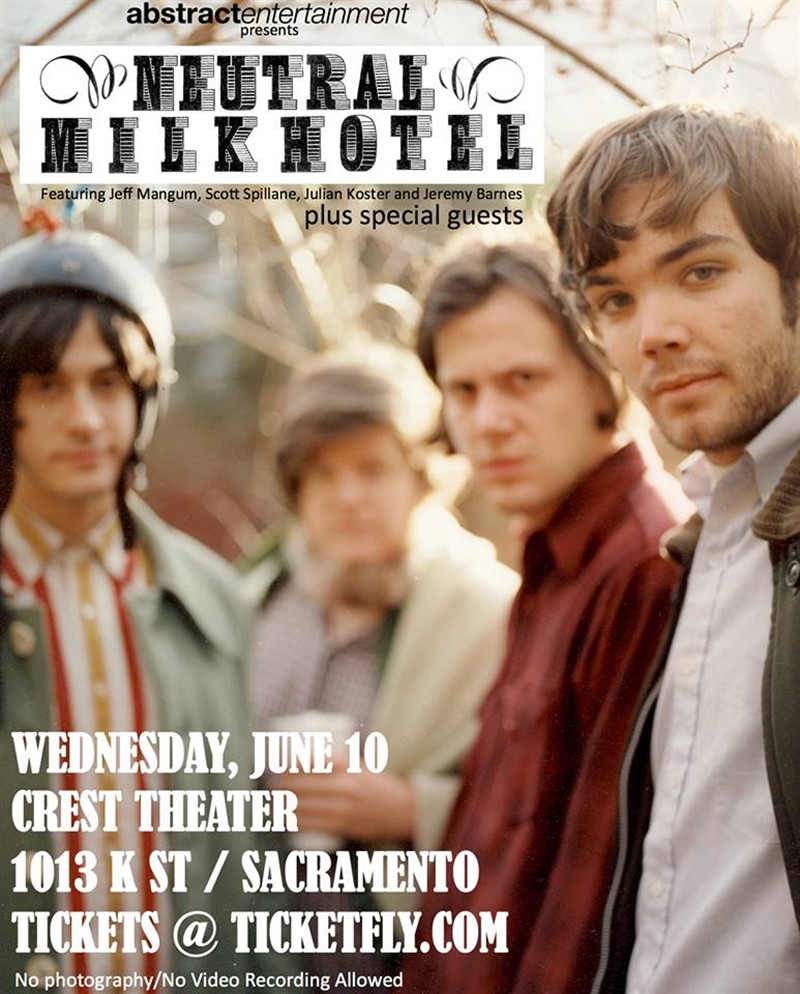