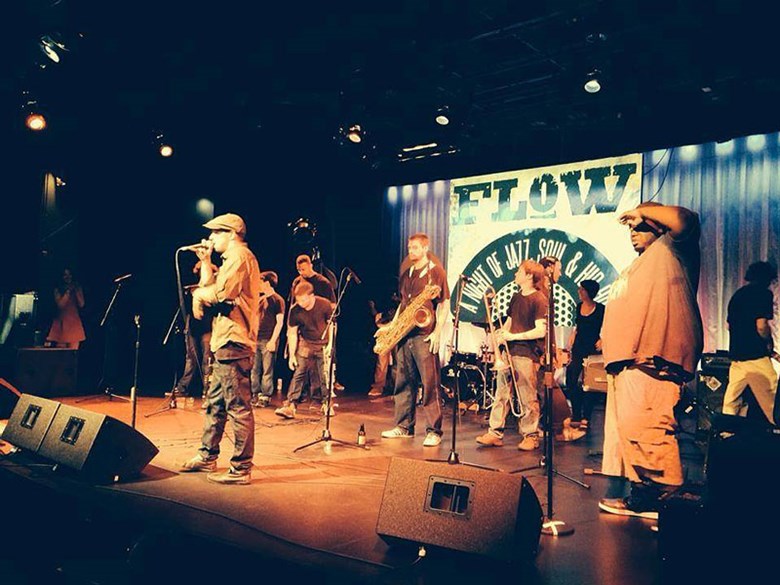 Hip hop is coming to Crocker Art Museum as part of its Thursday Art Mix event with performances from FLOW Sacramento's Element Brass Band and a cast of local emcees.

The event will highlight aspects of hip hop culture. Along with the performances and DJs, there will be a showcase on music videos, opportunity to make wearable art and workshops on beat making and lyric writing.

Andru Defeye with ZFG Promotions says bringing hip hop to Crocker Art Museum is the perfect mix. The event can show a side of hip hop culture that many people may not be familiar with.

“Most folks in the fine arts community may have an idea or connotation of what hip hop is due to the radio and what’s in the mainstream," says Defeye. "But this gives them a real taste of hip hop culture."

Meanwhile, those who attend the event primarily for the music will also be exposed to artwork at the museum.

“If you don’t grow up going to the Crocker, you may not know how valuable a resource it is, this is an amazing opening to art that’s out there,” says Defeye.

FLOW Sacramento is a jazz, hip hop, soul event popping up around Sacramento. In the past, it has been held at Assembly Music Hall and Sacramento Press Club.

Meanwhile, Art Mix is held every month at the Crocker bringing together art, food and music. Next month’s theme is Ink and features body art. September’s theme will be all about cosplay.

Capital Public Radio spoke with Defeye and Byron Colborn of the Element Brass Brand to discuss their music, the hip hop scene in Sacramento and what to expect at the Art Mix event. (Edited for clarity)

Question: What is FLOW Sacramento?

Andru Defeye:  FLOW is a combination of myself and the Element Brass Band, which plays hip hop covers and some of their original stuff. There are four emcees and they freestyle to the live jazz / hip hop fusion. And it's all improvised.

Question: What should people expect from the Art Mix: Hip Hop?

Defeye: People should expect live, great, positive energy. It's impossible to not have a smile on your face when the brass band is playing. It's going to be fun and artistic. You kind of don't know what's going to happen, but that's part of it. The purity of hip hop, the roots of hip hop, is in having fun, and doing something for the community.

Question: What is the hip hop scene like in Sacramento?

Defeye: Hip hop is struggling. But with the backing of an organization like this (the Crocker Museum), it's huge. They  have an audience we don't have. It let's people know that hip hop isn't that box you hear on the radio. It gives us an outlet to show what it's all about.

Music Of The Element Brass Band with Byron Colborn

Byron Colborn: It’s a style that came out of New Orleans parades. In New Orleans, bands are often hired by a dance troupe or different groups in the community. The first-line would be the people who hired the band and the second-line is the band.

Question: How would you describe the music?

Question: What genre is it?

Colborn: The genre is jazz and the essence of improvisation is there. It’s organized with melodies, but there’s a lot of picking and choosing spots where everyone has their own freedom to do what they want to do with the music.

Question: What instruments do you have in the band?

Colborn: We have a baritone sax, trumpets, trombones -- a total of seven to eight horns. We have a sousaphone tuba as a bass, a single snare drum and single bass drum.

Question: How did the band start?

Colborn: It started when a friend Ryan Robertson, who is a trumpet player, moved to New Orleans. He came back to Sacramento and showed us this style that we didn't really know otherwise. Our band aspires to be authentic to the second-line style of music.  Our second-line is our main package and through FLOW, we're incorporating hip hop.

Question: What happens at FLOW?

Colborn: We don’t announce to the emcees what we're going to play behind them, usually it’s a strong groove they can be comfortable with. We sample things from our childhood, so it’s recognizable but they don't know in advance.  They are kind of stepping out into open waters.  Some of them are freestyling, so they’re improvising as well, some of them have composed rhymes. It’s a unique event with a spontaneous element.

Thursday's event also coincides with a current exhibit at the museum titled, “African American Art: The Harlem Renaissance, Civil Rights Era and Beyond.”

Maria Robinson with Crocker Art Museum says the exhibit includes work from some of the most important African American artists in history. Paintings depicting Harlem’s jazz scene, works exploring the Civil Rights era and pieces that reflect on the chaos of the 1990s after the Rodney King verdict are all on display.

The exhibition, with more than 100 pieces of paintings, sculptures and photographs and more than 40 featured artists, comes from the Smithsonian American Art Museum. The Crocker is the only West Coast venue for the exhibition, Robinson says.