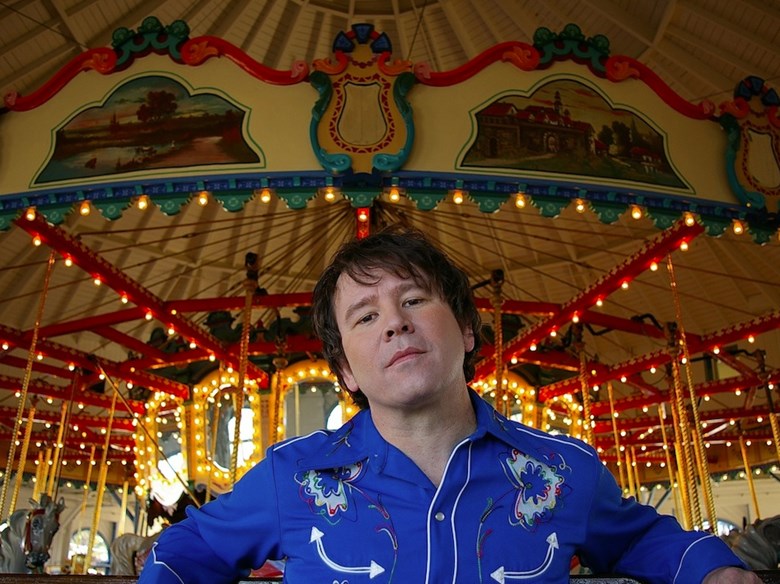 Listen To The Full Interview On Insight

Grant-Lee Phillips’ long-winding journey took him from performing in Stockton as a kid all the way to Town Troubadour in the Gilmore Girls. He sat down in the Insight studio in March of 2013 to talk about his album Walking in the Green Corn.

We needed to know what being on Gilmore Girls was like, so of course, we asked that first. “It was great. What a bunch of people,” Phillips said. “There was a whole generation of viewers who discovered my whole thing through the Gilmore Girls.”

Phillips cut his teeth on performing as a comic, actor, singer, and magician in a Stockton vaudeville revival house as a child.

“I was one of the youngest performers to work at what was essentially night club,” explained Phillips.

On weekends he’d work in the ghost town doing gunfights and stunts.
After receiving a guitar as a present for his 13th birthday he started writing songs. His song-writing led him to Los Angeles, and then eventually he helped form the alternative rock band, Grant-Lee Buffalo, with Paul Kimble and Joey Peters.

Grant-Lee Buffalo enjoyed moderate success, touring with bands like The Cranberries, REM, The Smashing Pumpkins, and Pearl Jam, from 1991-1998. Phillips went on to produce seven solo albums from 2000 to 2012.

Phillips came by the studio and recorded this version of Walking in the Green Corn.

Phillips explained his work has a deeply emotional quality because he has to be moved by the song in order to see it through.

“You can’t really manufacture that type of thing,” said Phillips. “It’s not just rhymes or rhythms it’s the way the whole thing comes together.”

This album runs deep for Phillips as he reached into his lineage for material.

“History and legend have often found their way into my songs” reflects Grant-Lee Phillips in his bio on his website. “But sometimes, I don’t have to look quite so far to find inspiration.”

Phillips is Muskogi (Creek) and his album explores the intersection of "past and present, politics and personal."

“When I’m not trying so hard, then a song will come to me,” explained Phillips. “I used to call him and sing that song to my answering machine, but now I have the iPhone.” Although he said the best songs are the ones that strike when you don’t have your phone, or the ones you dream.

The music is soulful, emotional and has been described as heroic. Phillips was just going for simple.

“I think there’s something heroic in the way each and every one of us manage to survive – overcome and pick it all up again,” “I feel like this album is really about simplicity, it’s about trying to find some peace and meaning in the middle of this craziness.”