If you love the music scene in this town, you would've loved James Cavern and Joy & Madness at Concerts In The Park on June 30th. 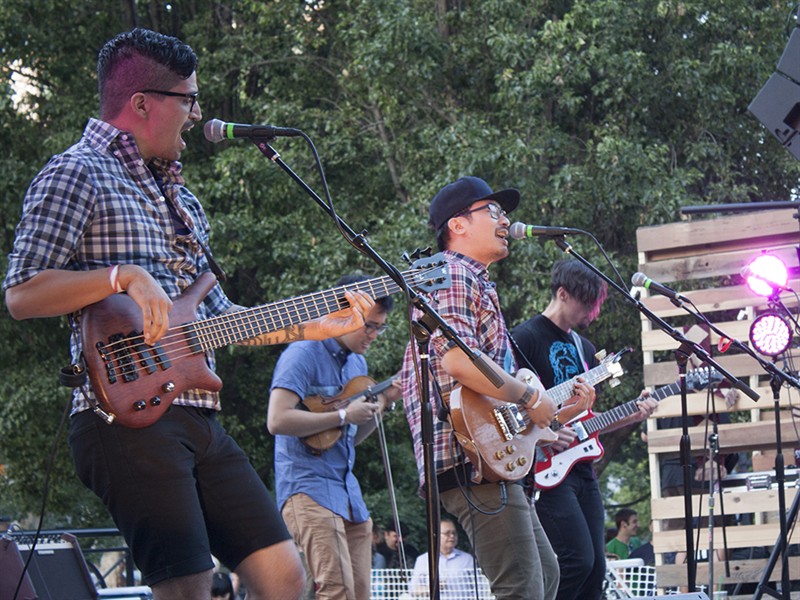 James Cavern and the Council

You might recognize James Cavern from his audition on NBC's singing competition The Voice. For this show his songwriting talent was highlighted by a full band, complete with violinist, Joe Kye. 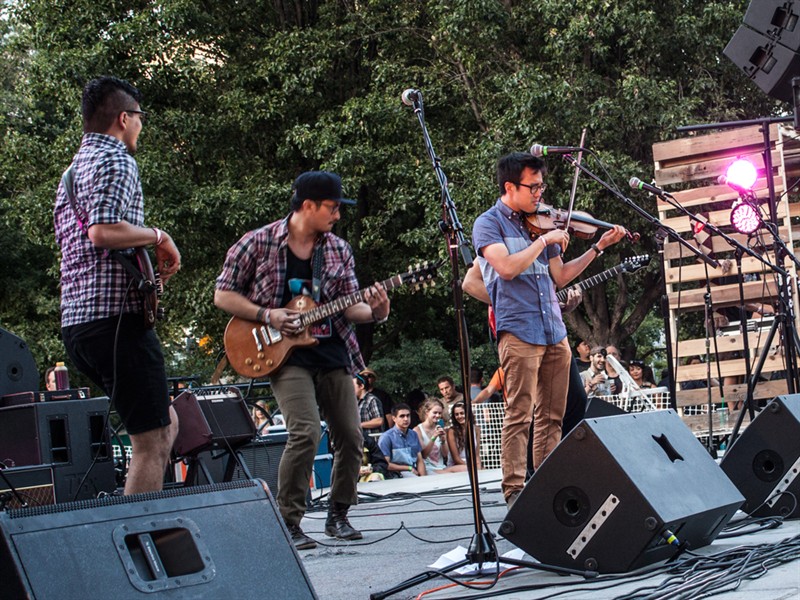 After the show, Kye, said the energy really helped them bring it all to the stage.

"Joy and Madness set us perfectly," Kye said, "They really brought the energy up. There was a lot of love and focus emanating off the audience - and we were able to channel it."

Cavern's deep soulful tunes, packed with emotion helped pack out Cesar Chavez Park and made ladies (and probably a few gents) swoon across the park. But you don't take my word for it, give his EP a listen beloow. 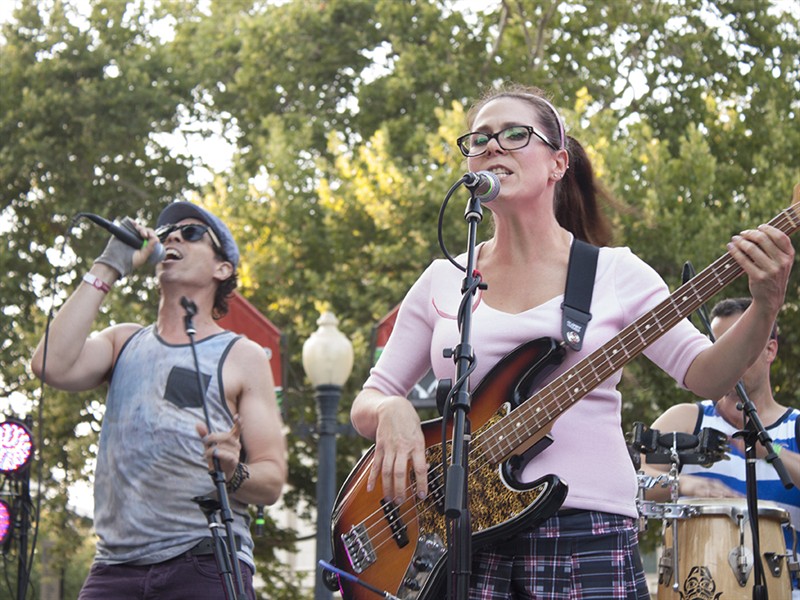 As if Sacramento Summers weren't hot enough, Joy & Madness brought out the hot funky soul, and got people dancing with abandonment. Children, teens, elderly, everyone was on their feet and shaking their booty. Lead singer, Hans Eberach, said it was a pretty successful set because he didn't split his pants or break his mic stand. 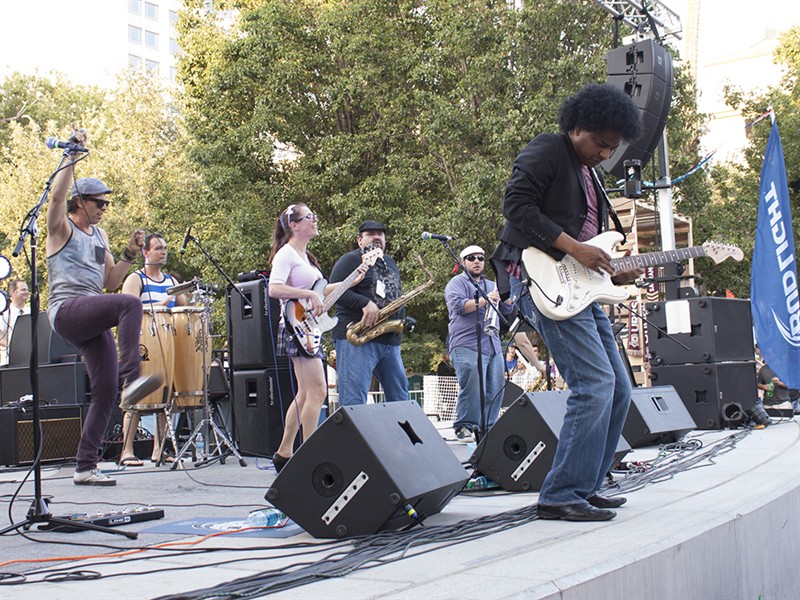 Toward the end of Cavern's set, Eberach, and a few other Sacramento music-scene regulars, Carly DuHain and Josh Krage, joined him on stage for a giant Sacramento sing-along of a few choice Cake covers. The entire park joined in shouting, "He's going the distance, he's going for speed," and "How do you afford your rock'n roll lifestyle."

After all that madness and joy many of the musicians mozied over to Marilyn's on K for a 30-musician Radiohead tribute night, organized by Cavern.

Here's a video of their full set from last year's Concerts In The Park. 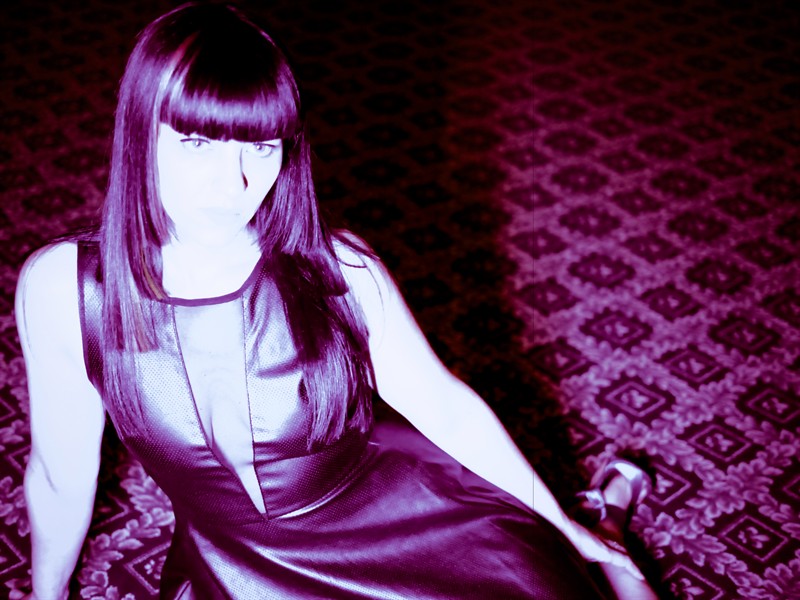 Survival Guide is indie, electronic, pop/rock from Petaluma by the fabulous Emily Whitehust. With big, strong vocals and friendly, gentle piano rifs, Surival Guide provides danceable, yet emotional sounds, perfect for a Concert In the Park.

Here's my confession, I regretably missed her set because I had to work late - yep, blame it on CapRadio.

Infectious, poppy, alt-rock from Sacramento, in the style of Paramore and Coheed and Cambria.

Self described as "facemelting energy to make you boogie," take a listen and let us know what you think.

Get Band email for free at ReverbNation.com