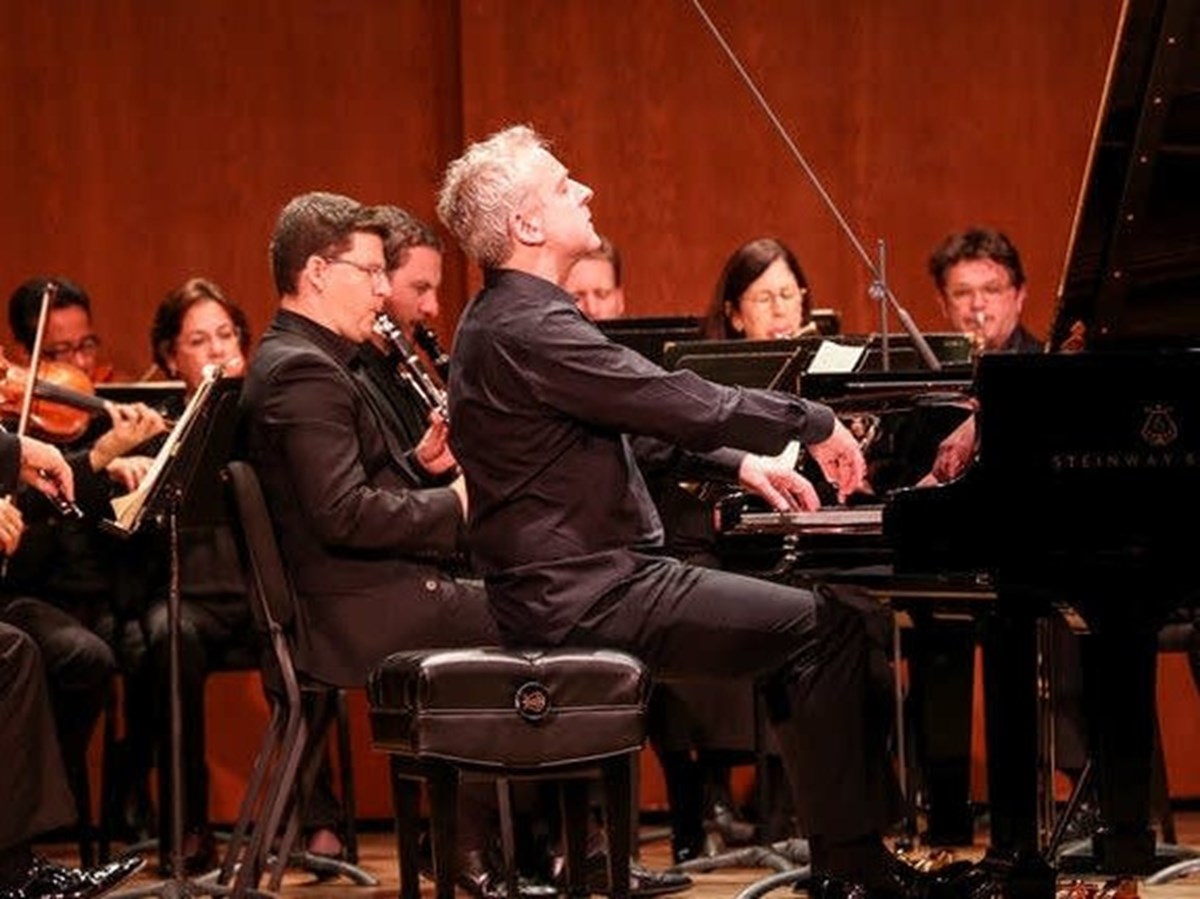 Pianist Jeremy Denk has finally had the space and time to finish his forthcoming memoir Every Good Boy Does Fine, which will resonate with you if you took piano lessons as a kid. It releases this February, and its timing coincides beautifully with his new album featuring the Saint Paul Chamber Orchestra, Mozart Piano Concertos.

How has Mozart shaped you?

“Actually, both the first and the last chapters of my book are about Mozart. The first chapter is about me listening to the piece Sinfonia Concerto. When I was 12, that piece rocked my world. At the end of the book, I'm recovering from personal loss and burnout. I'm also about to record an album of Mozart concertos with the SPCO.”

Can you talk about Mozart’s Piano Concerto No. 25 and how it is different from his other piano concertos?

“It’s a piece that starts very clearly with a blaze of light that’s in a major key. You don't think it's going to be this sunny, grand, triumphant piece, but within 20 seconds it switches to a tragic opera of utter uncertainty in the terrifying key of C minor. All through the first tutti-section and orchestral passage you feel the music keeps switching at unpredictable intervals between these two perspectives.”

What do you look forward to when you're playing this concerto?

“My favorite moment is in the last movement. In the middle, you have this love sextet between the piano and the woodwinds. We work really hard on that section between the orchestra and the winds. They become opera characters in their own right.

“It is an innocent song at first, but it takes on this intensity, while it loops where you never would expect. It then takes on an unbelievable tragic tone that turns back into light, while it expands in an ecstatic way. It all dissolves back to the theme. That transition is one of the greatest passages of all time.”

Why do you think the Piano Concerto in D Minor is more popular?

“The first and last movements are the most vivid and shockingly iconic music that Mozart ever wrote. It's the most romantic work that Mozart composed. It’s not in the classical style, but you hear the romantic era waiting to explode out.

“The most striking passages in this piece come in the beginning of the last scene where the piano plays the theme and the orchestra starts up after. Usually in Mozart concertos they just repeat the theme that the piano played. But in this case, the orchestra begins to develop and alter the material in a way that is unrecognizable.

“It becomes possessed by the spirit of modulation and the idea leaps all over the orchestra. That passage has an incredible quality to it.”