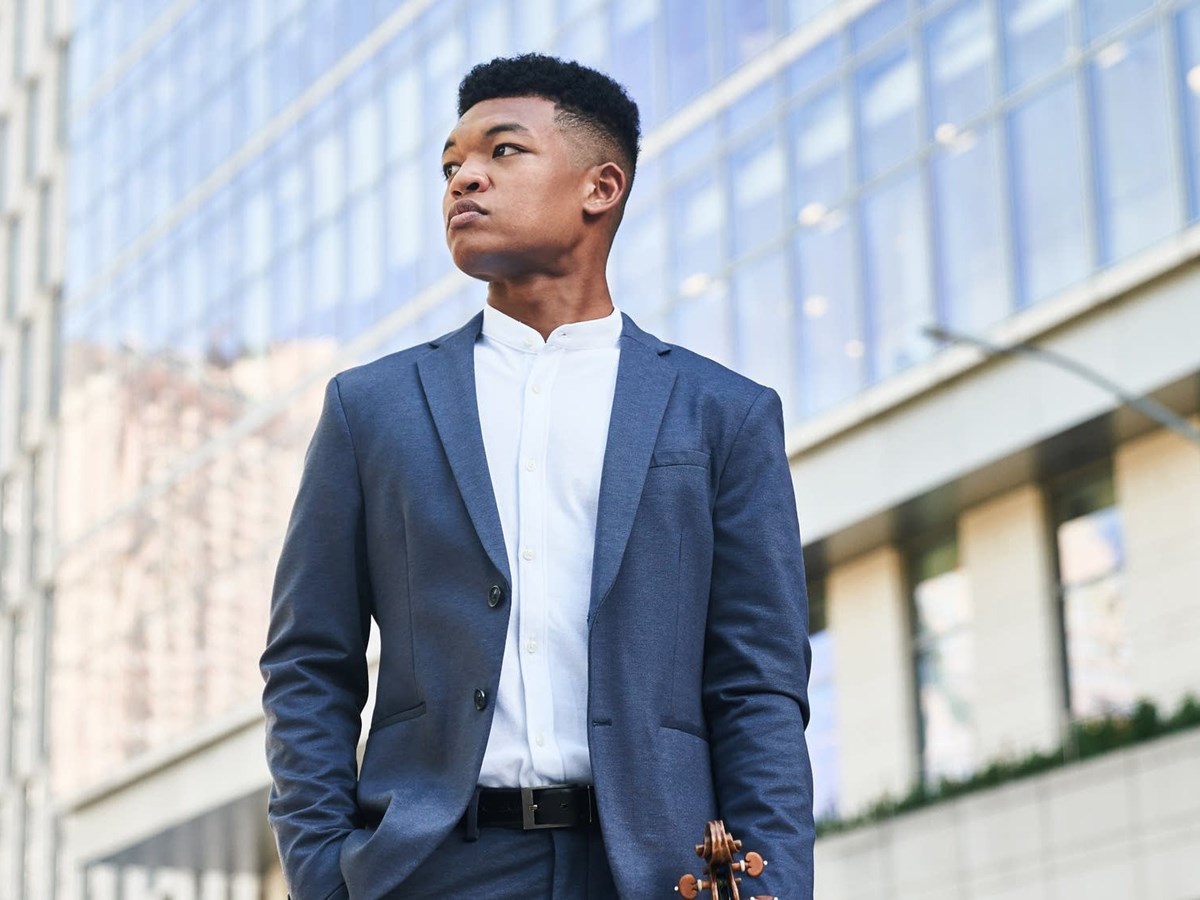 Violinist Randall Goosby looks to the past for inspiration.

“I see it as a stroke of luck. I certainly didn't believe that I was capable of whatever level of playing I thought was necessary to be accepted into his program,” reflects violinist Randall Goosby about Itzhak Perlman’s intensive summer music program in 2011. “I was very fortunate to be accepted. It was a turning point in my mind as to whether or not I was going to take music seriously or even continue playing.

Why did you title your debut album Roots?

“One reason is my own personal and cultural roots in African-American music, culture and tradition. But, another reason is American music, specifically, American classical music. It’s the genesis point of Black music and culture going back to blues, jazz and the negro spiritual.”

How did you met Sanford Allen?

“As part of the annual Sphinx Virtuosi tour, I was asked to play the last movement of Coleridge-Taylor Perkinson's Blue/s Forms, which appears on the Sanford Allen album. The dedicatee of that piece was generous enough to spend some time with me and work on that movement. I was very inspired by his interpretation, his recording of the piece, his experience and being the very first and, at the time, only black violinist in the New York Philharmonic.”

Can you tell me what was unearthed when recording the world premiere of rediscovered music from 2009 by Florence Price?

“I believe that all three of the works on this recording were unearthed in that collection of music, the two fantasies for violin and piano, and Adoration.

“I think the fantasies quickly move through different harmonic areas, different textures and different styles. Price goes from this virtuosic, rhapsodic opening to a rhythmic dancing feel that's infused with chromatic crawling of the late-romantic European harmonies. Then, she goes back to a violin-piano setting of a spiritual.”

How did you meet your double bassist and can you tell me about the piece he wrote for the album?

“I have known Xavier Foley for about 10 years. We first met at the 2010 Sphinx competition where I won the junior division. The following year in 2011, we meet again at my first year at Perlman’s summer music program.

“When we were putting this album together, we understood immediately that it was important to include a living African-American composer. Foley was the first name that popped into my head because I've been wanting to work with them for so long.

“His piece is Shelter Island, which is an homage to our time together on Shelter Island during the Perlman music program. There's a bit of nostalgia in the main theme. There's influence from bluegrass, which Xavier has background in. The work is similar to Price’s, because there's a lot going on, and it happens so seamlessly and naturally that you almost don't catch it.”