Trumpeter Mary Bowden is always drumming up new ways to get her music out there. Recently, I caught up with her in San Jose, Calif., where she and Canadian composer Vivian Fung were just beginning their new collaboration, the birth of a shiny new trumpet concerto which will have its premiere next March. Her most recent project is titled Reverie, her third solo recording.

"I'm always creating my own projects. As you've seen since we first talked in 2015, Seraph Brass has been my baby. We do 40 to 60 concerts a year now and that's been a really exciting project to cultivate. Now I'm cultivating this new project with strings with the Kassia Ensemble."

Each of the pieces on this recording has a special meaning to you and reflect the path of your life. Can you talk a little bit about that path and how some of these pieces might fit in along the way?

"One of my favorite pieces on the CD is the cornet arrangement of Norma. I recorded this on my very first cornet, my Yamaha cornet, that my parents bought me when I was 10 years old. I even used the same mouthpiece. It's this very dark, velvety tone, and I really felt like I was coming back home with that instrument because I hadn't played it for many years. And so, you know, picking pieces that really shaped my path when I was very young — that's what this CD was really about."

The title track of this recording is Reverie and there is a piece on the recording called Reverie by Debussy; is that where the theme started from, at that point? 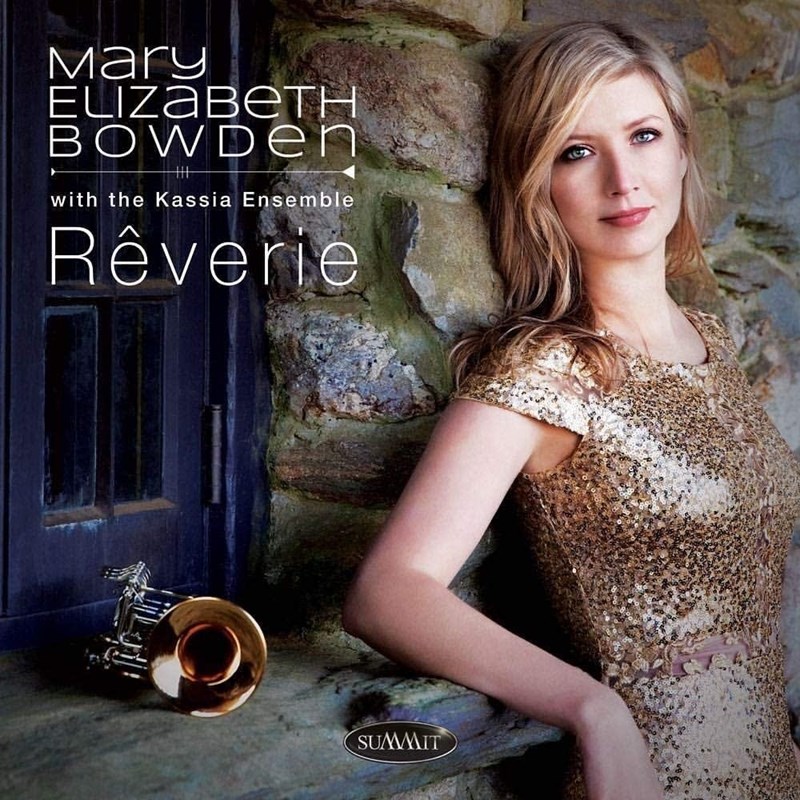 "Yes, I really love this work. My husband's also a professional trumpet player, and my husband mentioned to me that his teacher actually recorded this. His teacher was Robert Sullivan, who's principal of Cincinnati Symphony now. I got Sullivan's permission to make these arrangements for trumpet and strings."

"It is, and that's why I found this recording to be so important, because so many of my trumpet player friends ask, 'Is there anything for trumpet and strings?' And so now we've created all these new arrangements. Jim wrote this piece a while ago and I really wanted to play it and bring it back to life. And, I really love his music and he's a great friend.

"I love the piece so much because it has this exciting energy with the trumpet and strings. But then there's these beautiful pristine moments. It's definitely become a favorite piece of ours to play with Kassia."

There's another new work by Sarah Kirkland Snider called Chrysalis. Tell me about this piece and the poem upon which it's based.

"So, Sarah and I were classmates at Yale and I've always loved her music so much. It's originally for violin, cello and soprano, and soprano lines often can translate pretty well to the trumpet. I really loved the poem. It's by a writer that she knew at Yale called Ivanna Yi and it's a very short poem. Do you mind if I read it?"

No, I wish you would.

"The poem I have not written comes to me in my sleep. A woman dressed in white. I have been waiting for you, I tell her. After all this time, why are you still unwritten? Without shame, she slips out of her dress. 'I tried to become a poem,' she says, until I became human."