Allison Leggett, a fourth-year student at Charles Drew University, on campus in the Watts region of Los Angeles on Dec. 7, 2022.

Medical student Allison Leggett knows the power of her presence as a Black health professional. During her clinical training she met a young patient with social-developmental delays, who was very sick and spent a lot of time in the hospital alone because her father, her sole caretaker, worked three jobs. “At first I thought she didn’t like me, but when I told her it was my last day and I was leaving, she started crying!” said Leggett. “Afterwards, her dad pulled me aside and told me, ‘I don’t think you realize how much of an impact you made on her.’”

That moment also had an impact on Leggett, who realized how representation at the bedside can put a family at ease. “Having a Black physician on the team really made him feel comfortable, especially since he couldn’t be there all the time advocating for his daughter, and he really felt like we were taking care of his baby girl,” she said. “He was extremely scared, but he knew we were fighting for him and for her.”

As a student, Leggett wants to fight for the community that raised her, which is why she began her medical career at Charles R. Drew University of Medicine and Science in Los Angeles, California’s only historically Black university. The university has graduated more than 900 physicians since 1981 through a joint program with the University of California Los Angeles.

Next year, Charles Drew will start its own medical school in the hopes of training even more culturally-competent doctors like Leggett.

Sometimes the difference between great care and a patient slipping through the cracks can come down to who is in the room, research shows. A 2020 study, for example, found that Black infant mortality in the first year of life is halved when treated by a Black physician. But in California, Black doctors have for decades made up around 3% of the state’s total physicians. The nationwide figure is 5%, according to a Georgetown Review study, compared to 14% of the country’s population.

One reason the study cites for the shortage of Black physicians: a lack of medical schools that serve Black students. Of the country’s 102 historically Black colleges and universities,  only six are accredited to operate medical schools, but a recent push for medical equity and diversity has opened pathways for more accreditation.

“Many African American medical students are interested in treating African Americans and in closing the health disparities gap – and by opening this new MD Program, CDU provides greater opportunities to study medicine in a setting where the mission of the institution is the same – closing the gap,” said Dr. Deborah Prothrow-Stith, the inaugural dean for Charles Drew’s new College of Medicine.

Founded in wake of the Watts riots in 1966, Charles Drew trains nurses and physicians and assistants and offers specialized residency programs, in addition to the joint medical degree. Its mission is, “excellent health and wellness for all in a world without health disparities.”

Medical students in its joint UCLA program do their pre-clinical training at UCLA, focusing on the same subjects as students at other medical schools. But they also get the support and resources of an HBCU, and the opportunity to be part of a diverse student body that more accurately reflects the communities they hope to impact in the future  – 33% of Charles Drew students identify as Black, 22% as Hispanic or Latino and 22% as Asian. Leggett says the connections she has with her peers have been critical as she navigates medical school, an experience she described as “like drinking from a fire hose,” and including having to deal with microaggressions and racism while doing clinical rotations.

“One of the reasons I chose to go to Drew in the first place is because they are very clear and steadfast in their mission to work with our most marginalized communities, and it wasn’t just by words, it was through action,” said Leggett, who’s in her fifth year of the joint Charles Drew-UCLA program.  “Drew was my first interview and I fell in love with the community, I fell in love with the students and the home environment.”

Leggett, who grew up in South Central Los Angeles and received her undergraduate education at predominately-white Loyola Marymount University, said attending a program that allowed her to focus on giving back to her home was essential. “If you look at the campus, you’ll see we really are in South Central,” she said, “versus other campuses which are just a college town.”

The university is located next to Martin Luther King Jr. Community Hospital, the only full-service hospital in the Watts/Willowbrook area. Students do rotations at the hospital and other sites that offer primary care to underserved communities.Watts is one of the most densely populated places in California, and the country, with more than 18,000 people per square mile. The area is also 85% Latino and 15% Black, more than double the California average.

Having its own medical school will allow Charles Drew to focus on its mission without influence from the goals of another institution, Prothrow-Stith said. The university will accept 60 students for its independent program, set to start in July 2023, and another 24 will continue its joint UCLA program. The California Legislature set aside $50 million to support the new program, which school leaders say will be used to build a new Health Professions Building with a simulation and virtual anatomy training facility. Construction is scheduled to begin in 2023 and be complete in 2025.

The curriculum will train students to identify health problems affecting low-income, urban areas, including lack of access to fresh fruits and vegetables, asthma induced by insect excrement, overcrowded and stressful living spaces, lead exposure and pollutants from bus parking lots, said Prothrow-Stith. That’s in addition to meeting all the standard requirements for pre-clinical training. The curriculum will also include a service learning component, in which students will work alongside community health workers and provide care to homeless people through mobile clinics. 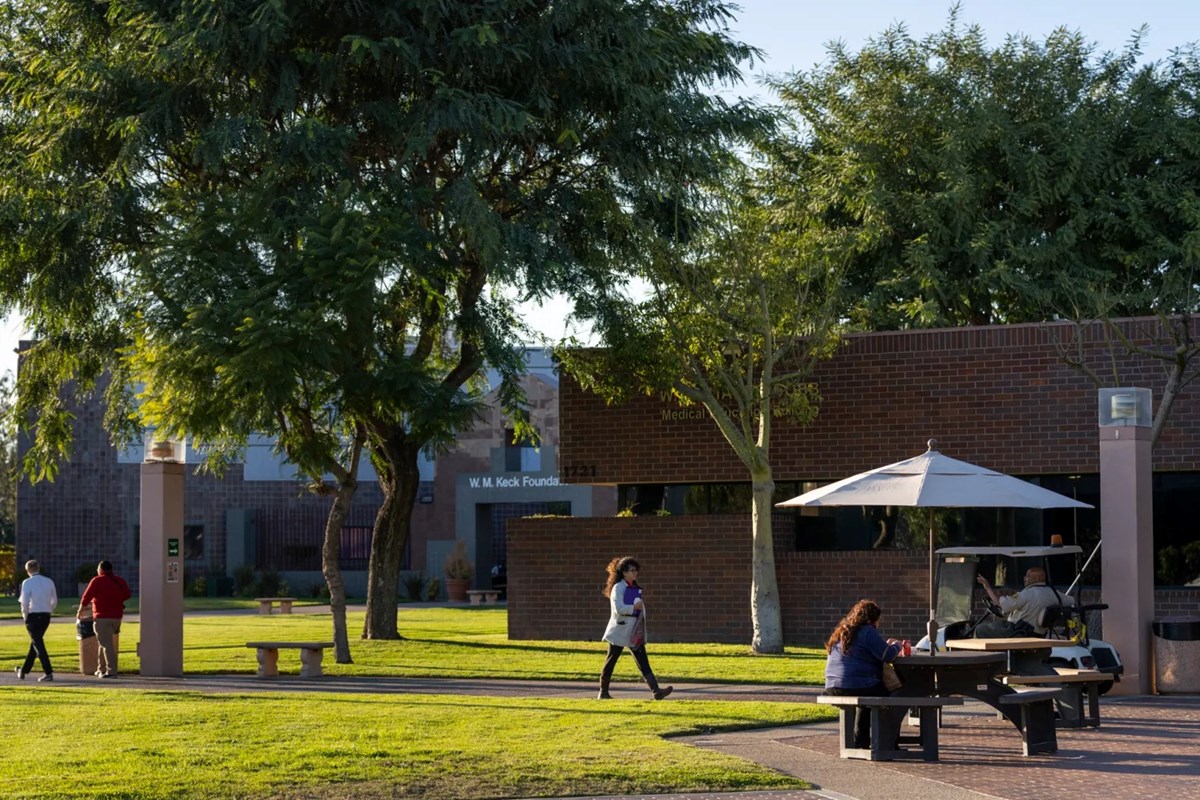 By training more Black doctors and getting them out into the community, Charles Drew’s new program could help improve health care for the state’s Black patients, said Leon Clark, chief research and health equity officer at Sutter Health.

To provide equitable care, he said, medical schools should require training in qualities such as sympathy and unconscious bias, combined with immersive experiences.

“We should be in the classroom, in the hospital, but at some point we have to get students out into the community, especially marginalized communities so they can experience first hand what is happening to patients outside of the system,” he said.

And representation matters, he said.

“I want to be clear, that is not to suggest only Black doctors can treat Black patients. I think things like empathy, cultural humility, bias, are things that can be taught and trained,” Clark said. “But on the other hand, there is a comfort level, a baseline of trust, that is enhanced when you see folks (who) you feel understand what your needs are, what your preferences might be.”

Leggett said her medical school experience has illustrated the importance of that cultural competency. She recounted another experience with a patient, during her first year of training. She was observing a team of practitioners treat a child with severe burns down her back. Unsure how the child ended up with such an injury, the team didn’t know the best way to treat her, Leggett said, and was about to ask Child Protective Services to investigate possible abuse.

Noticing the fresh braid style the patient had, Leggett mentioned the burns may have occurred when dipping the hair in hot water, a way of sealing synthetic hair extensions. The doctors confirmed the explanation with the child, Leggett said. Even though she was the lowest ranking member on the team, she said, she was able to help expedite care and keep a child with her parents.

“Medical school is just a microcosm of what happens in our world,” said Leggett. As future doctors at an HBCU, she said, “we are constantly interacting and seeing the beauty of diversity within the community.”

Story is a fellow with the CalMatters College Journalism Network, a collaboration between CalMatters and student journalists from across California. This story and other higher education coverage are supported by the College Futures Foundation.