Micaela Mota poses for a portrait outside her home in Richmond, Calif., September 26, 2022.

During the pandemic, California’s low-income families that are required to pay a fee to receive subsidized child care got a waiver from paying. That waiver is set to expire next year, worrying parents who have struggled to afford it in the past.

Gov. Gavin Newsom vetoed a bill last month that would have made the waiver permanent. Parents say the waiver, which will end in June 2023, allowed them to pay other expenses or get caught up on delinquent bills. Now they will have to stop paying down debt, saving for emergencies and enrolling their children in extra activities like dance lessons to pay the fees instead.

In South Los Angeles, Marisol Rosales has already started to save money for the coming bill. Before their fees were waived last year, the family paid $400 a month for child care for their four children. After paying for rent, necessities and child care there was no money left, she said.

“They are expecting people that make a little bit of money to pay more money on top of expenses and cost of living and everything else,” Rosales said. “The whole point of why we have the subsidy is because our income is within the limits. So it doesn’t make sense to ask someone to pay another bill that could go toward something else.” 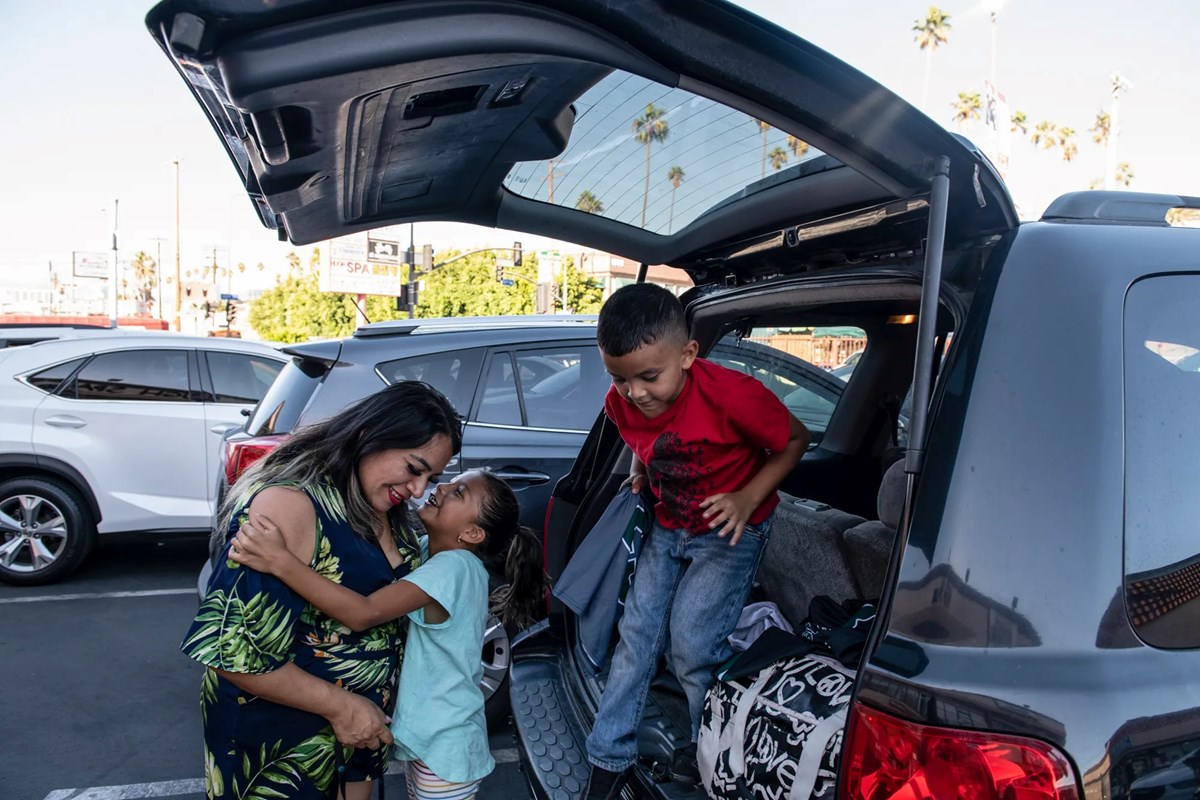 Marisol Rosales and her children go out for dinner in Los Angeles on Sept. 22, 2022.Photo by Pablo Unzueta for CalMatters

The pandemic put a spotlight on the child care challenges facing families with the lowest incomes, who got hit hardest by COVID-19. Many worked service jobs that were frozen or eliminated, or worked essential jobs they were required to do in person. Their circumstances drove state officials to waive the fees.

The Department of Social Services, which oversees the state’s subsidized child care program, declined a request for an interview and only responded to questions via email. Spokesperson Scott Murray wrote that more than 26,000 families in various child care assistance programs “may have benefited from family fee waivers in the 2021-22 fiscal year.” He said the agency estimates about $88 million in fees will be waived in this fiscal year, which runs through June 2023.

The family fees were first established in 1998, Murray wrote, and are based on a federal requirement for programs funded by the Child Care and Development Fund, a federal grant program that funds child care nationwide. The law allows states to set their own fees and determine the sliding scale for families but it also outlines how fees “must be affordable and not be a barrier to families receiving assistance.”

A legislative analysis of the bill that would have permanently waived the fees found that eliminating the fees for some families and decreasing the fees for others would cost $136 million a year. A 2021 study by the California Budget and Policy Center found that the state collects about $68 million annually in child care fees from families with low and moderate incomes.

In July of 2020 the state started waiving the fees for some families and eventually agreed to offer waivers to all families for the rest of that fiscal year as part of its agreement with the Child Care Providers United union. In 2021, the state and the union again agreed that waivers would continue through June of 2022. This summer the state budgeted $136 million to extend the waivers for all families one more year, through June 2023.

The benefits of the waiver have been felt by families across the state, said Mary Ignatius, a statewide organizer at Parent Voices, a grassroots organization focused on child care accessibility and affordability.

“With the rising costs of just about everything and inflation, and the fact that the child tax credit expired at the federal level, these dollars came at a time of critical importance,” Ignatius said. “Families have been reducing debt, eliminating predatory credit cards, raising credit scores, going back to school full time…paying down utility bills that were in delinquency, just paying rent and putting their kids in extracurricular activities.”

The bill, by San Bernardino Assemblymember Eloise Gómez Reyes, would have ended fees for all families that earn below 75% of the state median income and created a sliding scale for those who earn between 75% and 85%. The fees would amount to no more than 1% of a family’s income.

Newsom said the bill’s cost was prohibitive, writing in his veto message for this bill and several others that state revenue is expected to decrease.

Advocates were critical, saying Newsom does not understand the struggle of families that need child care to work.

Newsom started his tenure as governor with promises to help families with child care costs and access. Since then, his administration has budgeted for more subsidized child care slots and has led an expansion of transitional kindergarten. Despite this, advocates say the state is still not doing enough for child care providers and struggling families with young children. 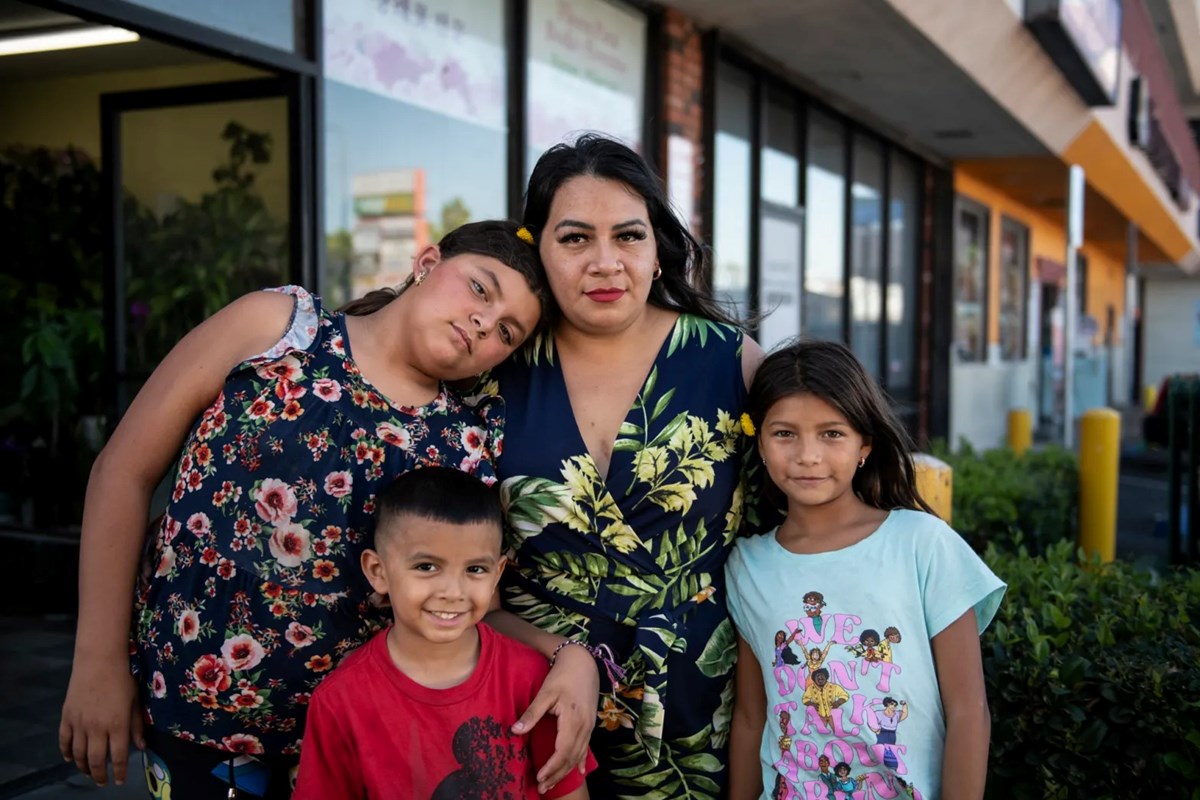 Marisol Rosales, a mother of four, stands for a portrait with her three children in Los Angeles on Sept. 22, 2022. Photo by Pablo Unzueta for CalMatters

“There has been some progress made on child care, but the significant reform and expansion that the governor actually promised and signaled in his first budget address hasn’t been there,” said Chris Hoene, executive director of the California Budget and Policy Center.

He said the biggest issues that have gone unattended are the lack of child care workers and the low pay rate for those workers. Without these workers parents struggle to find care, even if they are approved for a subsidy.

“If you are an individual with lower income and you are trying to access subsidized child care, the fees are a barrier,” Hoene said. “And if you can afford the fees, then the next barrier is finding a provider.”

The bill Newsom vetoed was popular in the Legislature, where it passed with no dissenting votes, and had strong support from parent and child care advocates. No opposition was filed against the bill, according to the Assembly analysis. That’s why Reyes and advocates plan to use the next eight months to try again through the budget process or another bill.

For Rosales, the child care fee waiver has given her and her husband a chance to catch up financially. With that $400 a month savings, she got caught up on utility bills and paid off a student loan. Most exciting for her: paying for football for her sons and folklorico dance lessons for her daughters and herself.

Learning the traditional Mexican dance was a childhood dream her family could never afford. But this month Rosales dropped the class for herself to start saving money for child care.

“I’m already stressing out about the $400 payment that is coming back next year and already trying to cut back on expenses,” she said. “It’s very upsetting. After football season I’m not going to enroll my boys in anything else.”

Ignatius, of Parent Voices, said eliminating the fees is critical for the survival of families already living paycheck to paycheck.

“Real cost pressures are what families are facing every single day,” she said. “Scraping together money for these fees instead of spending it on food, on housing, on activities for their children, for bills, for paying down debt. That’s financial pressure. What the state is experiencing pales in comparison.” 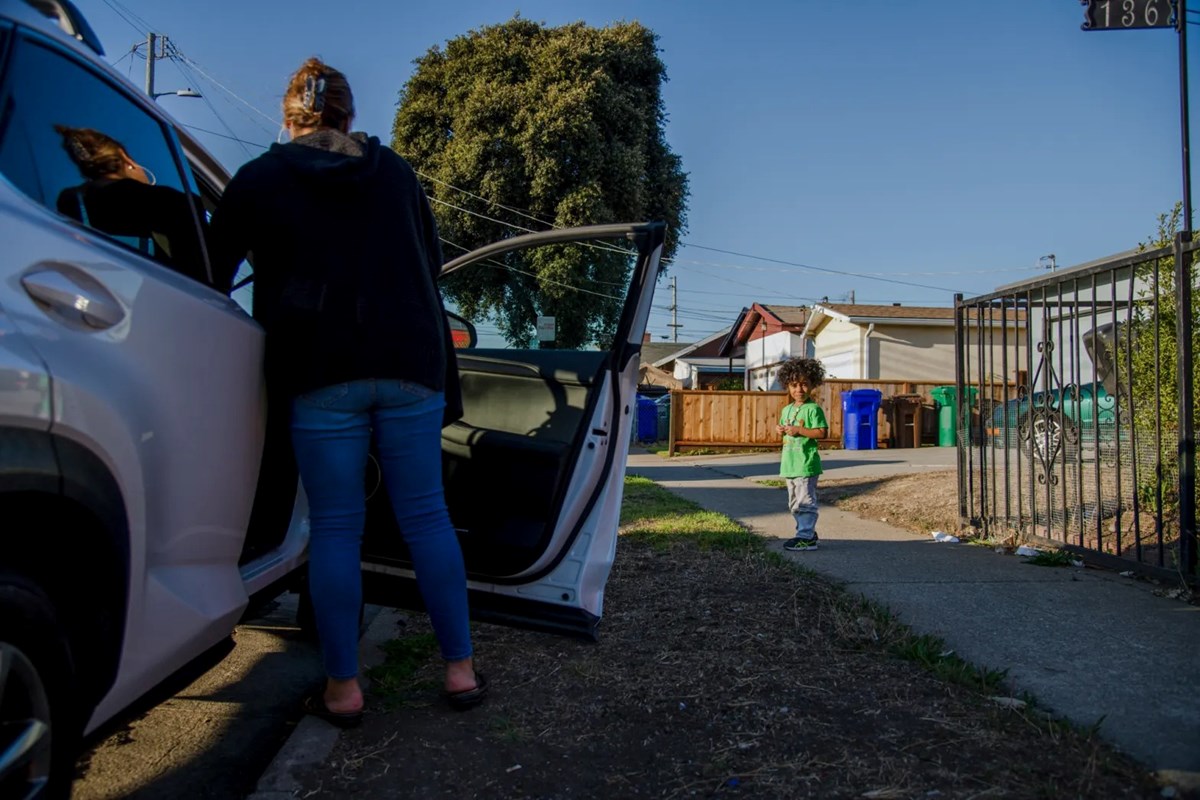 Micaela Mota picks up her son Madison, 4, from daycare in Richmond on Sept. 26, 2022.Photo by Marissa Leshnov for CalMatters

Richmond mom Micaela Mota has used her $277 in monthly fee savings to pay student loans and PG&E bills and to enroll her son in baseball and swim lessons.

A school psychologist, she said the fee waiver helped her finish her intern year and her graduate degree. She was also able to stop driving for Uber on Friday and Saturday nights and spent that time with her son instead.

“The governor could have been more graceful in what he could provide for us,” Mota said.