The North Sacramento location of the Sacramento Crisis Nursery, an organization that serves parents and children that require immediate support.

Rayna Jones from Oak Park found herself pregnant at a young age. She had already been privy to life’s challenges, including an abusive partner. But when she was 21, she was confronted with another reality: raising a child on her own.

“It's just kind of hard being a single mom,” said Jones, whose daughter is now five.

Due to circumstance, she could only take eight weeks of maternity leave before returning to work. “I would get up with the kid, go to school, get off of work, have 10 minutes to get to the daycare before they closed and then go home,” Jones recalled. “It was constant. And I think that's kind of what broke me in the beginning.”

A Valley Vision and Sacramento State survey released this week indicates that only 22.5% of parents feel confident in their ability to access the child care they need in Sacramento, Sutter, Yolo, Yuba, El Dorado, and Placer counties.

And that number is disproportionately higher for Black parents, parents of color, and middle- to low-income families, exacerbating their children’s learning loss.

Janine Cooper's mission as the child care project manager for the city of Sacramento is to address waning provider access, which has reached a low: it is available to only 28% of working families in Sacramento County.

High-earning, two-parent households appear to be the only family structures that can absorb this cost, and Cooper infers that the price of child care is creating an imbalance in access.

The 2022 California Report Card, which is an annual report to inform public policy for California’s children, details that child care costs are so high that they are surpassing the cost of housing. The Report Card gives the state a failing grade of D+ for child care, taking into account the child care provider shortage, exorbitant costs per household and inequity in access for low-income families.

And Sacramento County’s data further suggests that Black and middle-income parents are hit the hardest.

Single mother Andrea Foster was pregnant last year when she decided to separate from her husband. Fleeing a difficult past, her savings depleted and her stability entered into flux. And though she was earning a middle-income wage, putting her two children in child care became an inconceivable task.

“I was trying to reach out to the county through supportive services and trying to see if I qualify for any child care assistance because daycare is extremely expensive,” she said.

Instead, because she did not qualify, she was put on the three-year waitlist by Child Action Inc., a nonprofit partnered with the state’s Department of Social Service and Child Care and Development Division to provide affordable and quality services.

“They make it really difficult for people who are not extremely poor to receive child care,” Foster said.

Over 90% of Black respondents to Valley Vision’s survey report feeling that they are not confident in their access to proper child care.

Andrea Foster and Rayna Jones, both Black mothers, and their respective children are at a crossroads. And myriad determinants — race, economic stability, education, housing, familial structures — can act as barriers to access.

“I don't have much family at all,” Foster said. “I was raised in foster care, so I've just created my own family … and they were working. It was really hard to find child care.”

Rachel Hann, program director at the Sacramento Crisis Nursery, is an advocate for affordable child care. Her organization has two locations, out of the five in the state, that provides a holistic approach to a parent in crisis. Open 24/7 and 365 days a year, the nursery mitigates child abuse and neglect by dedicating a caseworker to each parent that walks through their space. 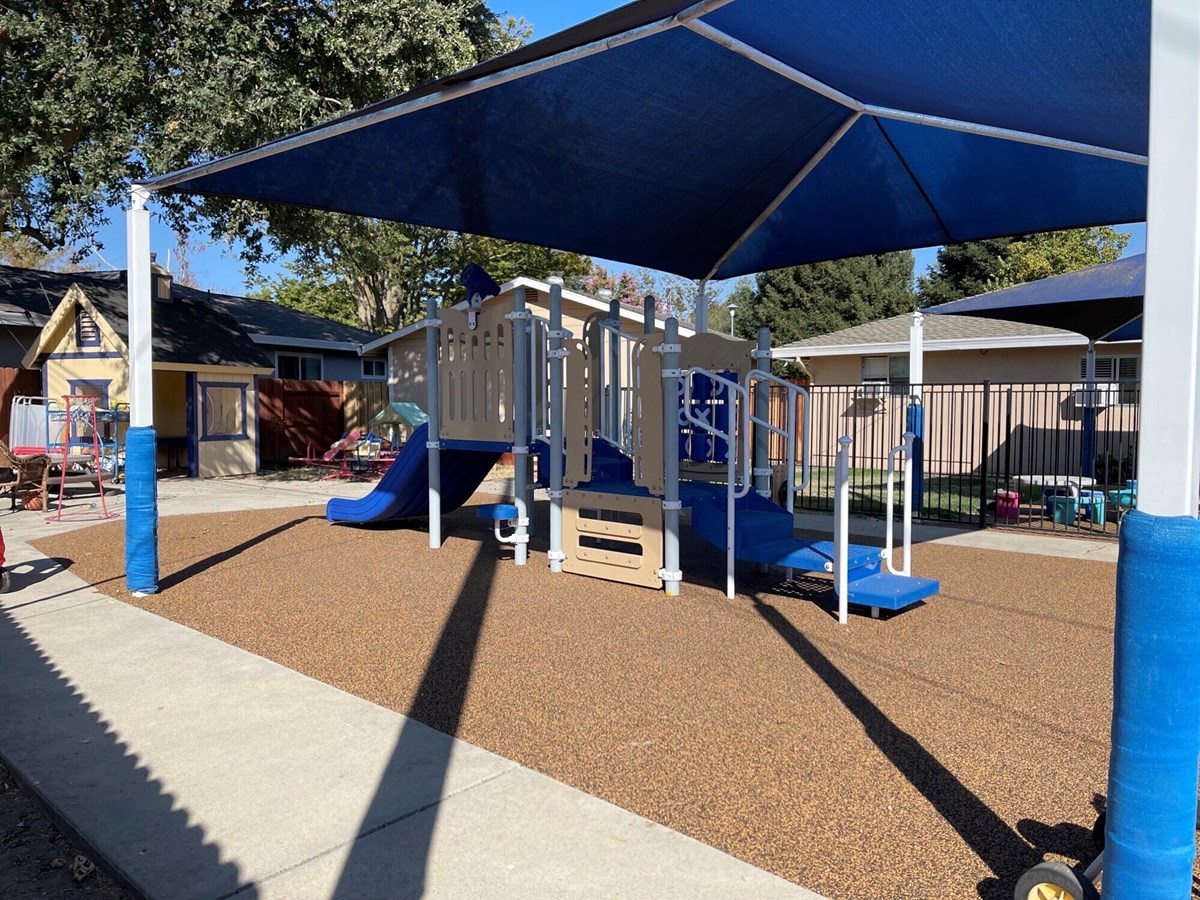 Hann says that you can’t conflate employment status with requiring their supportive services.

“We see a fair amount of employment, but there are secondary things happening in the household that are causing additional stress to the parent,” she said, adding that some of the stressors can be domestic violence, housing insecurity or postpartum depression.”

For Rayna Jones, postpartum depression added a layer of complexity to her ongoing mental health challenges and restricted her ability to work. It was only when Jones and her daughter had access to a local provider with culturally relevant accommodations that they felt grounded.

“It was really important to me because I felt really alone,” Jones said. “[The teacher] became more like an aunt or a friend to us. She was very involved in my daughter's behavior and her academics.”

Jones also felt her daughter needed the care and education from someone she could identify with. “My daughter is more likely to listen to a woman of color who is Black,” she said.

Sacramento Crisis Nursery and Child Action Inc. delved into the demographics of those seeking their services and discovered that, in the last year, Black children were their most frequent visitors followed closely by Latinx children.

Hann said that, in response to this data, they increased the number of dual-language speakers at their sites.

For many children of color, lack of access to child care has far-reaching implications. The intersection of race and access to childcare amplifies the achievement gap. And though the pandemic brought the heightened achievement gap to the forefront, it predated online learning. For the 2018-19 school year, 27% of Sacramento’s Black students were meeting math and literacy standards and that number only dropped by 2% as a result of the pandemic.

Equitable access was a driver in conversations regarding the distribution of the funds received by the American Rescue Plan Act for child care, according to Janine Cooper.

With funding received, she says the government can implement a child care provider stipend program to sustain existing businesses and open new ones.

To bolster community-driven child care services, the City and Child Action honed in on zip codes in Lemon Hill, Arden-Arcade, Del Paso Heights and others that require additional support.

These efforts will be complemented by an allocation of funds to fully support students in Sacramento interested in child care work. The hope is that the funding received can begin to alleviate the pressure that parents like Rayna Jones and Andrea Foster experience.

“It's ridiculous … that they make it so hard for people who actually really need help,” Foster said. “You have to be damn near homeless. You have to have no food for your kids to get help. And it shouldn't be like that. They should have preventative services.”

Sacramento County Office of Education is attempting to do just this. Along with the programs funded by the federal government, the county has designed a plan, in partnership with community-based nonprofits, to address the demand for family supportive services and early learning for all children.

But with 82,000 children in Sacramento County still requiring services, the programs will have to be executed swiftly.