Low-income, communities of color bear the brunt of heatwave impacts 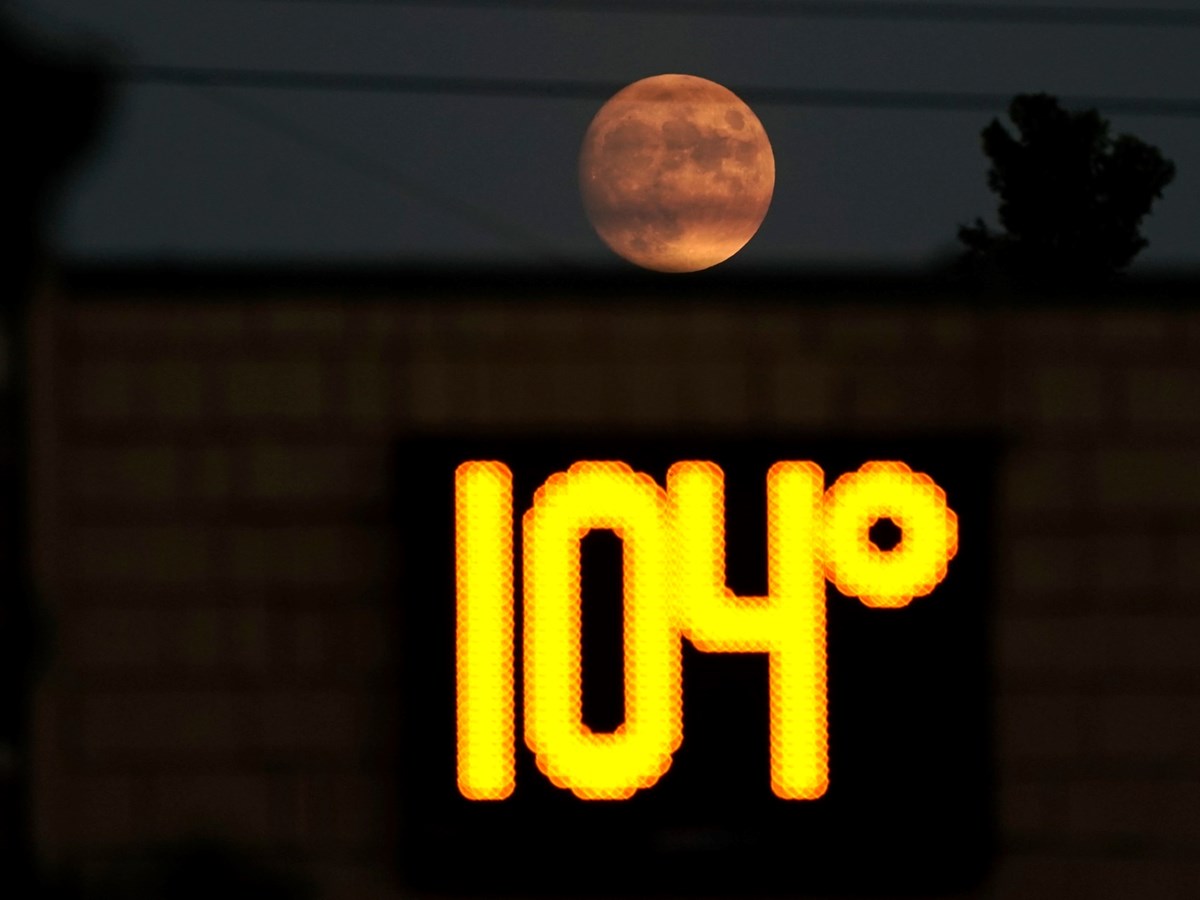 A temperature of 104 degrees is displayed on a digital thermometer as the moon rises over Sacramento, Calif., Thursday, Sept. 8, 2022. A heat wave setting several high temperature marks in California.

All over California, a wave of extreme heat has broken records.

In Sacramento, the city has broken the record for most over-100 degree days in a calendar year, beating a 1988 record of 41 days. Downtown Sacramento also recorded an all-time high temperature of 116 degrees on Sept. 6, beating the previous record of 114 degrees on July 17 in 1925.

But while most Californians are facing these high temperatures, not all communities are impacted equally. Researchers and community organizations have long documented the ways in which already-vulnerable communities — those without adequate infrastructure or funding — experience environmental threats like air pollution, drought and heatwaves more acutely than wealthier areas.

Kelly Turner, co-director of UCLA’s Luskin Center for Innovation, studies the intersection of extreme heat and urban planning. She says that, in all her research, she’s run into the same truth time and time again: Extreme heat affects everyone, but those impacts are frequently unequal.

“My view is that extreme heat is one of the greatest climate injustices facing the state of California currently,” she said. 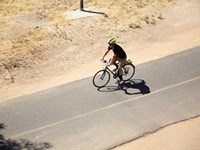 She remembers one story, told to her by an East Coachella Valley resident during a listening session held as part of her research in 2021. She had asked a group of residents to tell a story of a time that they experienced extreme heat, and what happened next.

The resident told Turner a story of cascading events: Her husband worked in agriculture, so he had labored outside all day. When he came home, he was overheated and felt unwell. But their home didn’t have air conditioning, so he had no way to cool down. By the next day, he felt sick enough that he couldn’t go to work, which caused him to lose his job. After that, they couldn’t pay rent. So, they were evicted from their home.

It’s not a unique story. Similar ones have played out across California in the past week, Turner said.

“That just goes to show how something like having access to air conditioning that most of us take for granted cascaded into a series of events that led to housing insecurity,” Turner says.

For decades, researchers have known that metro areas are usually hotter than more rural ones. This research helped popularize the phrase “urban heat island,” which references the fact that buildings, roads and other urban infrastructure tend to attract more heat than natural landscapes (excluding naturally scorching landscapes like deserts, of course).

But even within cities, there are differences in how different areas experience that heat. Research indicates that low-income, non-white communities are more likely to be hit with extreme impacts during a heatwave, and even see higher temperatures.

Turner said that there are the two main ways in which these communities are likely to see more extreme impacts during a heatwave.

“It's both by living in hotter communities, physically living there, and having fewer resources to cool themselves when it gets hot because of the weather,” she said.

Jake Dialesandro, who works with Turner as a postdoctoral scholar at the Luskin Center, said that his research has detailed what this looks like in California.

“Latinx communities are always four or five degrees warmer than the rest of the metro average,” he said. “We found that in Los Angeles. We found that in San Diego, Bakersfield, Fresno, Sacramento, San Jose.”

It’s a pattern he said he sees in all his research: “There's always a relationship between race, income and these environmental injustices.”

Why some neighborhoods are hotter than others

Turner says that the reason some areas in a city are hotter than others can be boiled down to infrastructure.

“We have built cities in a way that deprives some communities of green space and shade, which makes those communities hotter, just a few blocks away from other areas of the city that are wealthy and have the infrastructure to provide cooling and shade through the built features of the environment,” she says.

Dialesandro has seen evidence of this when analyzing why Latin American communities tend to experience more extreme heat.

“Shade is one of the most effective ways to mitigate the impacts of extreme heat,” he said. “These Latinx communities in these low income communities are really impacted by having lack of shade and lack of tree canopy.”

Some research has illustrated this disparity by looking at tree canopy in the city of Sacramento. A 2019 report organized by the Sacramento Tree Foundation found that during high heat, average temperatures in South Sacramento neighborhoods could be as much as 20 degrees higher than in other neighborhoods, like downtown or East Sacramento.

The report also found that all South Sacramento neighborhoods had less than 20% tree cover. Neighborhoods like East Sacramento and Downtown had more than 20%, sometimes as much as 40%.

“That 20 degree difference in temperature for some people, especially some of our unhoused neighbors, could be the difference between life or death,” said Rachel Patten, program manager for the Sacramento Tree Foundation.

Turner says it’s important to note that measuring shade in a neighborhood isn’t always as straightforward as simply looking at tree canopy. An area might be rich in shade despite a lack of trees if there are buildings that can provide shade, for example.

But there are pros and cons to both kinds of shade, and she says that they’re still doing research to determine what that balance should look like.

Beating the heat in California

Measures to help Californians better prepare for extreme heat have been discussed this year in the state legislature.

One bill, which currently awaits Gov. Gavin Newsom’s signature, proposes a ranking system for heatwaves that would operate similarly to ranking systems currently used for environmental threats like hurricanes and wildfires. The scale would also trigger certain state responses to heatwaves, like the opening of cooling centers or recommendations for people to stay indoors.

Another bill aimed to create a maximum safe indoor air temperature standard for all residential units. Jovana Morales with the advocacy organization Leadership Counsel supported the bill, which stalled. However, Morales says that language from the bill was incorporated into the state budget, and a standard for maximum indoor air temperature should be finalized by 2025.

Morales says that she’s grateful the measure was included in the state budget. In the past week, she’s seen the extreme impacts of the current heatwave on communities in the Central Valley, where Leadership Counsel is located.

“It's wildfire season and I personally feel like Central Valley gets the brunt of that with i's already terrible air quality,” she says. “So it just really exacerbates the situation.”

She says that Leadership Counsel has heard stories from residents, often farmworkers, that echo the story Turner heard during her research. Often, the residents they hear from say that they had to work outside and return to a home without air conditioning, which worsens their experience and overall health.

“There’s so much more that needs to be done,” Morales says.

Correction: A previous version of this story misidentified the Sacramento Tree Foundation. It has been corrected.