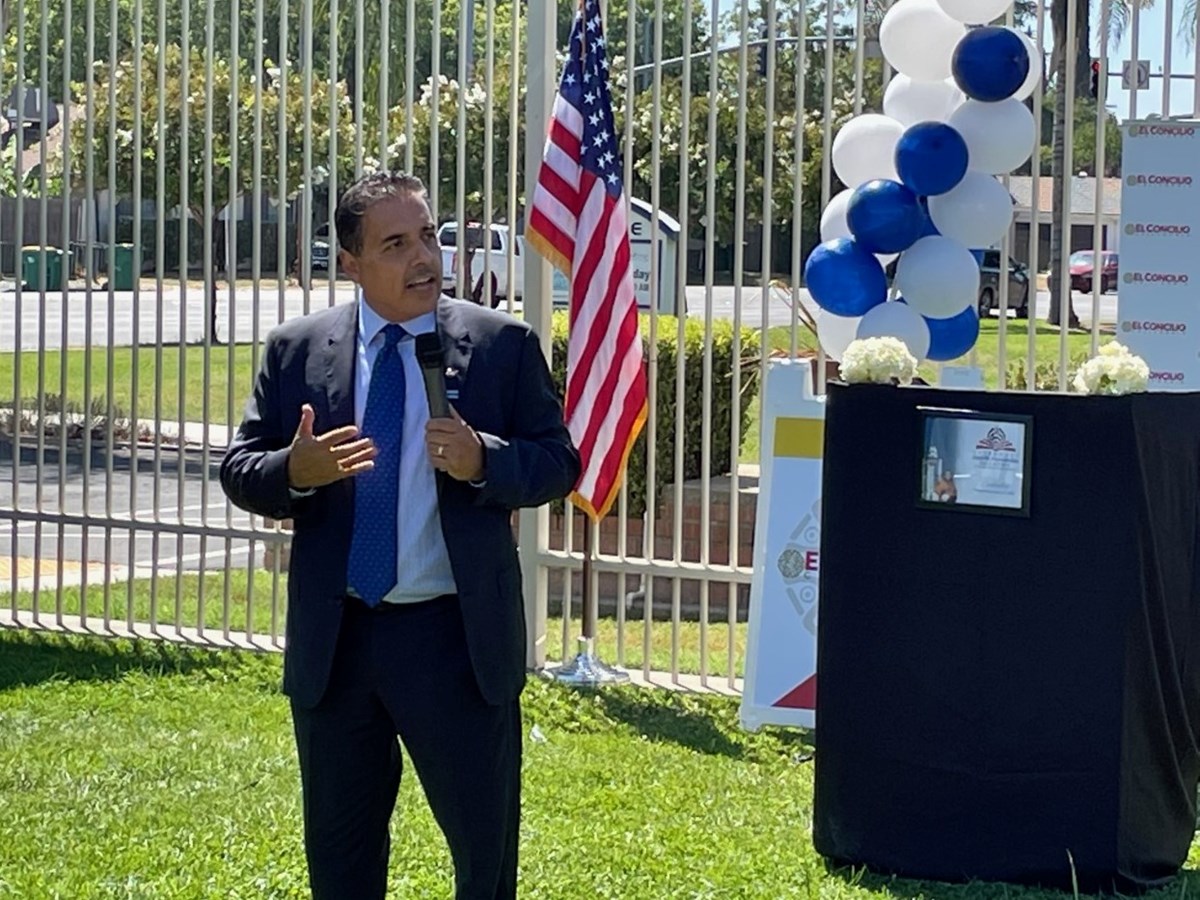 Astronaut and Stockton native Jose Hernandez speaks at a school dedication ceremony on Wednesday, August 31. The school opened earlier this year and is named in his honor.

The city of Stockton has opened a brand new charter school dedicated to hometown hero and astronaut Jose Hernandez.

Hernandez rose from the farm fields of the Central Valley to become an astronaut aboard NASA’s flight to the International Space Station in 2009.

Astronaut Jose M. Hernandez Academy opened earlier this month with the help of community organization El Concilio, and currently has 220 students enrolled from kindergarten through eighth grade. The school will focus on STEM studies, short for science, technology, engineering and mathematics.

Hundreds gathered at the campus on Wednesday for the school’s dedication ceremony. Hernandez was the guest of honor.

English is a second language for many of these students as it was for Hernandez. At the ceremony he said education became the key to his success and hopes to help students connect students to their studies.

“One plus 3 is 4 in any language,” he said. “It’s universal. I always had this special place for math and science because that’s what I understood at the very beginning.”

Principal Donita Drulias-Daumer says Hernandez Academy will be a school for academic excellence.

As a part of their partnership, Hernandez will visit the school frequently, bringing with him a mobile science lab and other hands-on activities.

“They have that opportunity to access that material and to engage in it and to bring it back to their families in the community and use it to further their education,” Drulias-Daumer said.

Hernandez says he’s both proud and humbled by this honor.

“I’m hoping it inspires the next generation of explorers,” he said.

Netflix announced in 2020 that it plans to make a movie about Hernandez’s life, partly based on his books “From Farmworker to Astronaut” and “The Boy Who Touched The Stars.” Actor Michael Pena was recently cast for Hernandez’s role in the movie, according to the Hollywood Reporter.