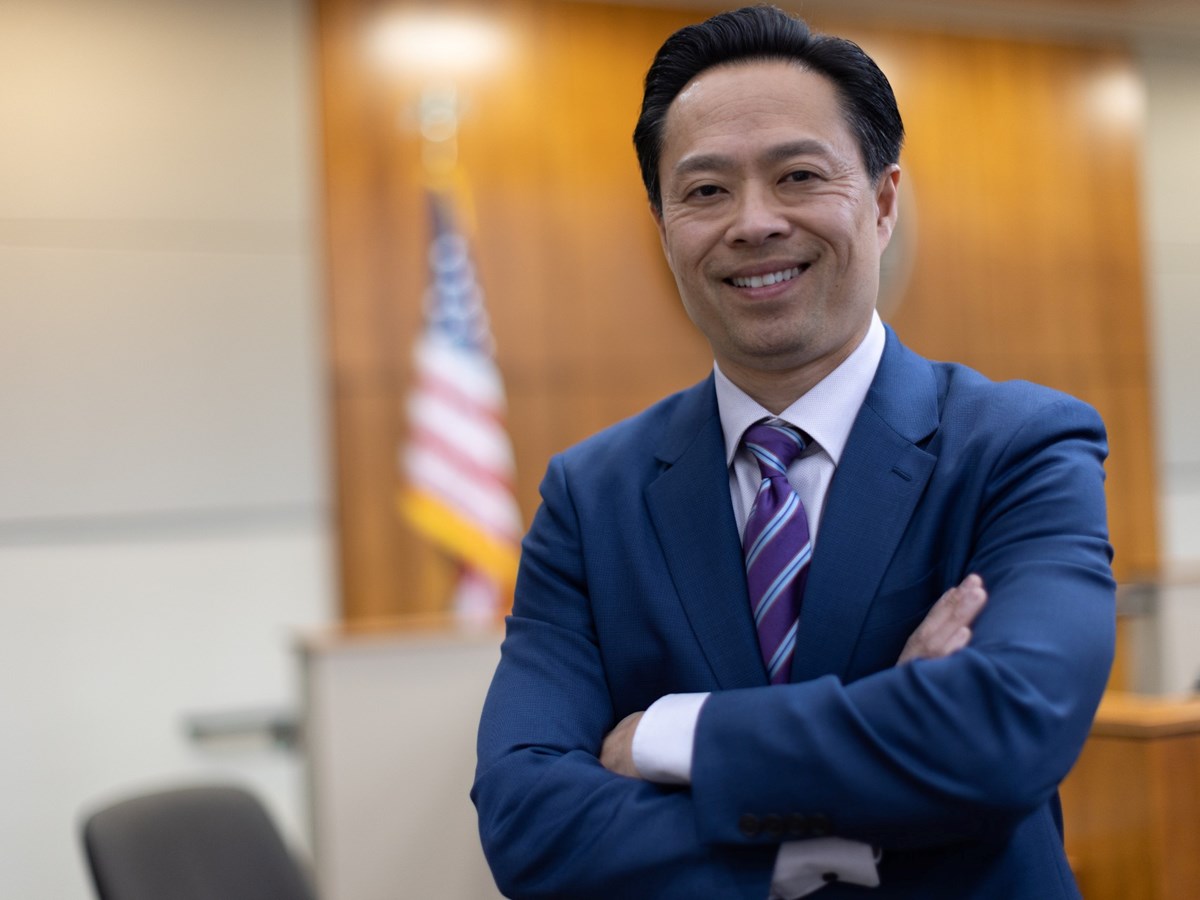 For the first time ever, Sacramento County will have a person of color leading the District Attorney’s office. After a decisive victory in June’s primary, Thien Ho is poised to lead the office where he’s served as a prosecutor for nearly two decades.

A Vietnamese immigrant, Ho will be the first Asian American in the position, and only one of a handful of Asian American DAs across the country. He’ll replace Anne Marie Schubert, who held office for nearly a decade but stepped down to unsuccessfully run for state attorney general.

Ho is best known for sending the Golden State Killer, Joseph DeAngelo, to prison. DeAngelo, a former police officer, spent decades terrorizing people across the state; he murdered at least 13 people, raped dozens of women and committed more than 100 burglaries.

In an interview with CapRadio Insight’s Vicki Gonzalez, Ho spoke about maintaining that tough-on-crime mentality and putting victims at the center of justice — especially when the cases are difficult. He also discussed the importance of being a person of color in elected office, his approach to homelessness, and the need for more community listening.

On why he wanted to become district attorney

When I look back at my family's history — whether it was my grandmother who was executed by the Communists without a judge, jury, a prosecutor, or whether it was my uncle who was taken and sent away and tortured without a judge, jury or prosecutor — one of the reasons why I decided to become a lawyer and to run for district attorney is that the district attorney is the gatekeeper to our system of justice. We’re the first and last person to ever see a case, and we are there to make sure that the system of justice treats everybody equally and fairly. And this country has afforded myself and my family all the opportunities and the freedoms in the world, and it gets to a certain point you have to give back to the community.

On what being the first Asian American district attorney means

I think we are shaped by our life experiences. I'm an immigrant, a refugee, I'm a person of color, I had to learn English. I grew up poor, worried about where the next meal was coming from. I've also been a victim of violent crime. My family, we were victims of an attempted home invasion robbery. I've been a victim of a drive by shooting, so I know what it's like to be a victim of a crime. And when you look at crime, it disproportionately affects people from marginalized communities, in particular violent crimes. It's not affecting to the same degree those that live behind a gated community somewhere with guards. No, it affects the vast majority of the people and in particular people from marginalized communities … And so we talk about making sure that we have a seat at the table or else you end up on the menu. But I think we need to take it to another level. You not only need to have a seat at the table, you need to have a voice at the table to determine what is on the menu, right? So that you can have a say in policy decision making in terms of shaping the culture, the view of the office and public safety for all communities.

On prosecuting the Joseph DeAngelo, the Golden State Killer

And then what happened was, very first day we go to court, there was a lady that walked up to me — her name is Phyllis and she's identified herself and she was on TV and in the media. She was the very first sexual assault victim in Sacramento, in Rancho Cordova. Phyllis would come up, she introduced herself, shake my hand, and every single time she would be there I would catch up with her. Near the end of the case, she wasn't there anymore. She had cancer. She was diagnosed with cancer, and she was going through chemo and radiation. And there was this empty seat every time in court.

Fast-forward about maybe two and a half months later, we're back in the Sac State ballroom. He's about to get sentenced and sent off to prison. I'm sitting there, I'm kind of watching the entire ballroom and I'm sitting on the left as you're facing the stage. And I look over to my right way, over on the other side, and I see Phyllis. She had this beautiful, beaming smile on her face. A few months later, she passed away from cancer. So if we had sought the death penalty, and we had kept going on the case, she would have never gotten her day in court and never gotten that closure before she passed away.

On fractured trust with underserved communities

Those communities are also the ones that are most affected by crime as well, both as defendants and victims of crimes. So how do you bridge that trust and that gap? So one of the ideas that I have — and we currently don't have this in place — is I want to have an advisory council. The vision is to have a larger advisory council, but I think that we need to have smaller advisory councils, perhaps one for the Asian community, one for the Latino community, one for the African-American community, maybe the business community, LGBTQ — different communities. Remember, we are unique in terms of our experiences. We have a lot in common, but sometimes we're unique and different.

So each of those committees will then pick somebody to sit on the larger council that will then have an advisory role with myself as the district attorney, so that I have an opportunity not to talk, but to listen. And I think that we need to do more listening. And if we do a lot of listening and engagement in that sense, and being out in the community and also having the community with us, I think that's the first step in terms of bridging trust, is seeing each other more, talking to each other more, listening to each other.

On what Sacramentans should expect from his office

One of the things that we do and we do well is prosecute violent crimes. We've done that, and I've done that, consistently over time as well. But there are things such as the advisory council that I want to institute. Another idea that I've had is a form of a neighborhood court for low-level offenses. I also want to work and expand in terms of juvenile work, especially in the areas with trades and training and foster kids to get them some sort of vocational training while they're in the system. So that when they time out of the system or they're off probation, that they have a hope in the future.

The other thing is we need to address the homelessness crisis. First and foremost, I believe that homelessness should not be criminalized, but I think there's an intersection there when we come with mental health and drug addiction and public safety. How do we deal with that? How do we help those that are going through mental health and drug addiction and some that commit crimes? How do we deal with that to make sure that there is a path towards rehabilitation? … One of the issues we're running across is — and I know Governor Newsom is looking at CARE Court — we need more treatment beds. We don't have enough treatment beds, whether it's mental health or drug addiction. We simply need more. There's just a lack of beds. There's a lack of clinicians working in it. We're at just that point, but we need more treatment beds.