Sacramento at least for this week, can make a pretty good case for a name change.

On Wednesday, Sacramento Republic FC, a second division team in the United Soccer League, or USL, beat Sporting Kansas City in the semifinals of the U.S. Open Cup. It's the longest-running soccer tournament in this country, over a hundred years old, and since Major League Soccer became America's top division in 1996, MLS teams have dominated the Open Cup.

In fact once this year's tournament was whittled down from a record 103 teams, pro and amateur, to the semifinalists, three of the four remaining were MLS teams.

The fourth? Sac Republic. And now it's one of the last two standing. When it plays MLS's Orlando City September 7th for the U.S. Open Cup championship, it'll be the first lower division team in the final since 2008. 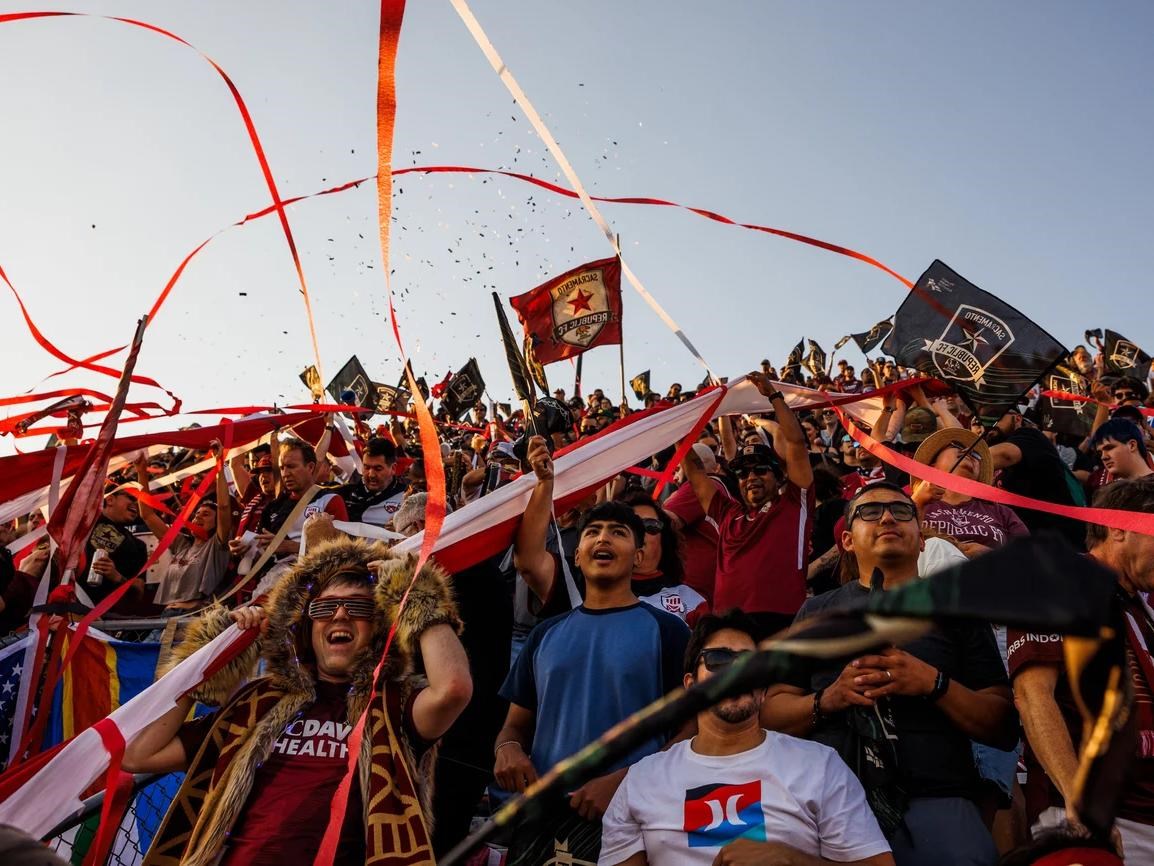 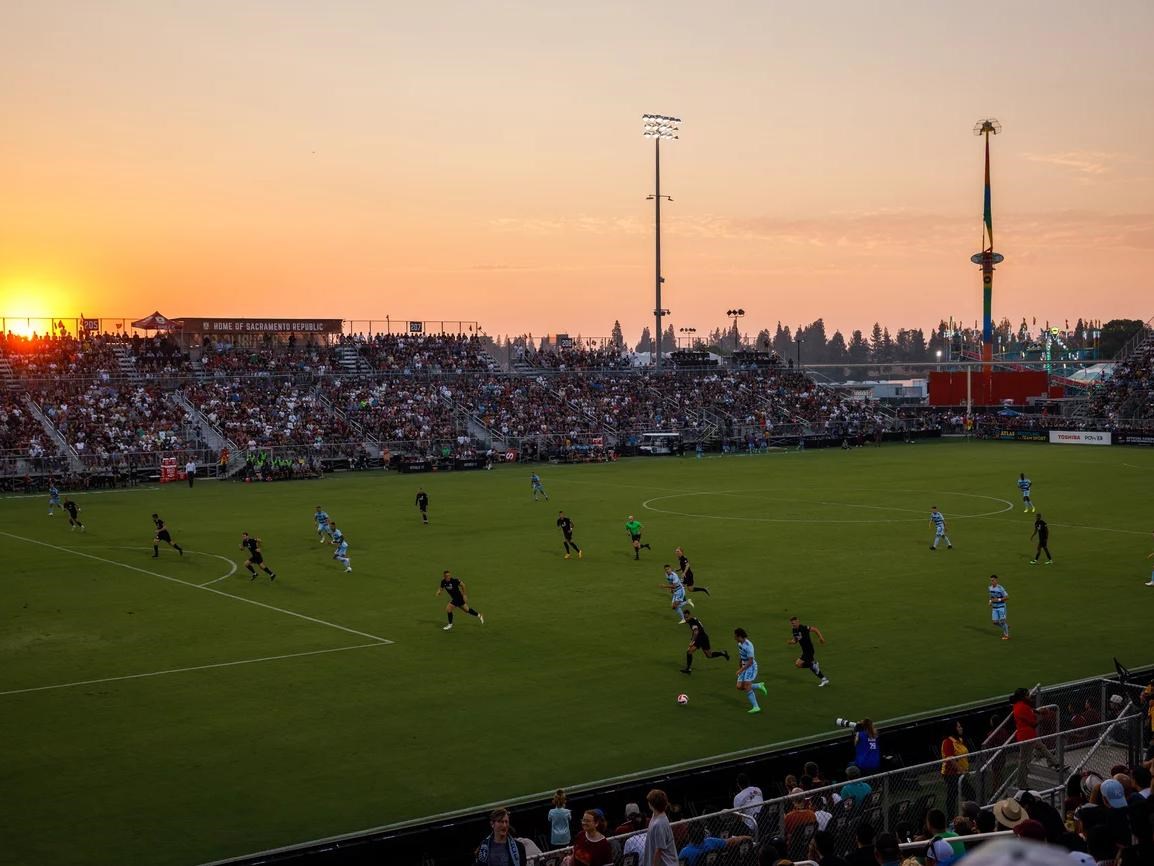 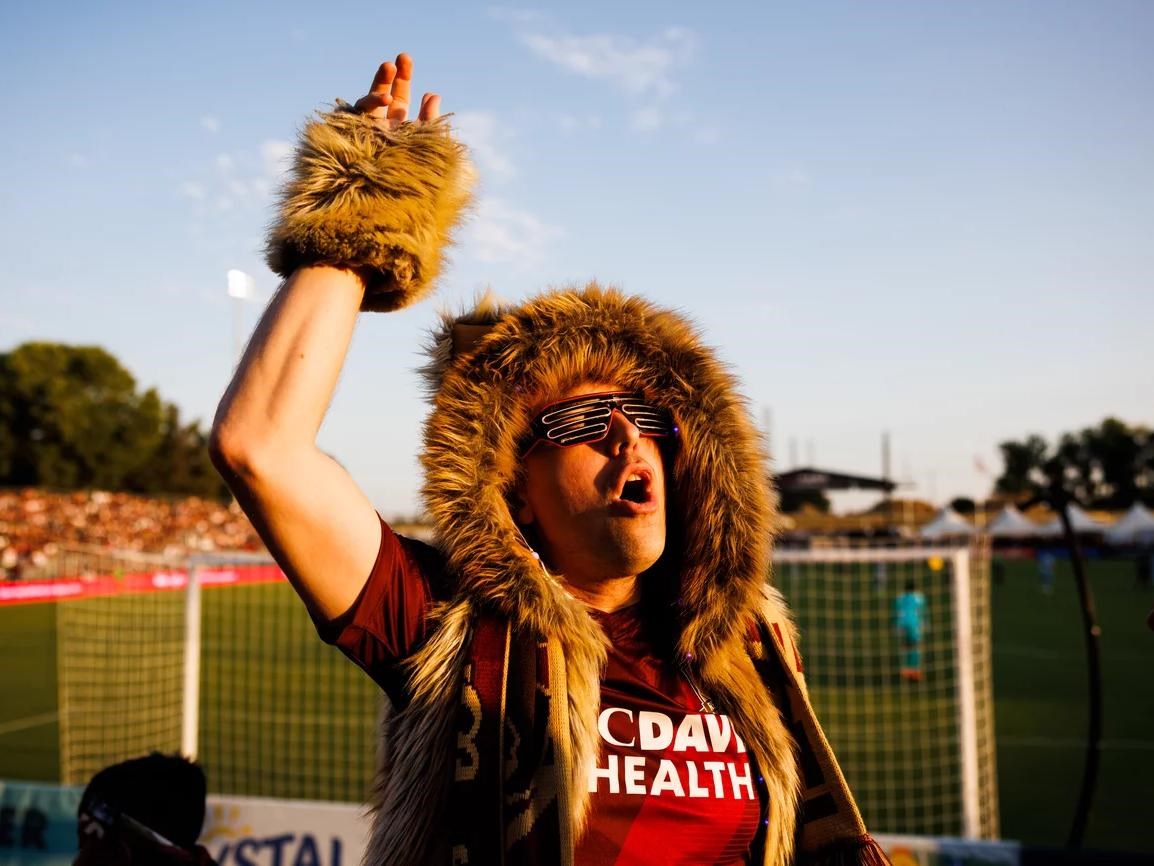 A big heart and another big win

To use a decidedly non-soccer term, residents of Sacramento have gone ga-ga for their little team that could.

"This tells you right here," said Sac Republic fan Joaquin Castaneda on Wednesday, "Sacramento is a soccer town. We're like a small, big town but we've got a big heart."

Castaneda was part of a sellout crowd in Sacramento who watched, joyously, as the home team beat Sporting KC, Sac Republic's third straight MLS victim in a remarkable tournament run.

The match was both exhausting and scintillating at the end.

The teams battled mightily for two hours – 90 minutes of regulation and 30 minutes of extra time – and they still were scoreless. The game was decided on penalty kicks – both teams made their first four of five. Then two moments earned Sacramento the win. First goalkeeper Danny Vitiello made a diving block on a penalty kick by MLS veteran Graham Zusi. Vitiello had been brilliant the entire match, turning back KC's many attacks on goal. He acknowledged though the stop against Zusi was partly luck. 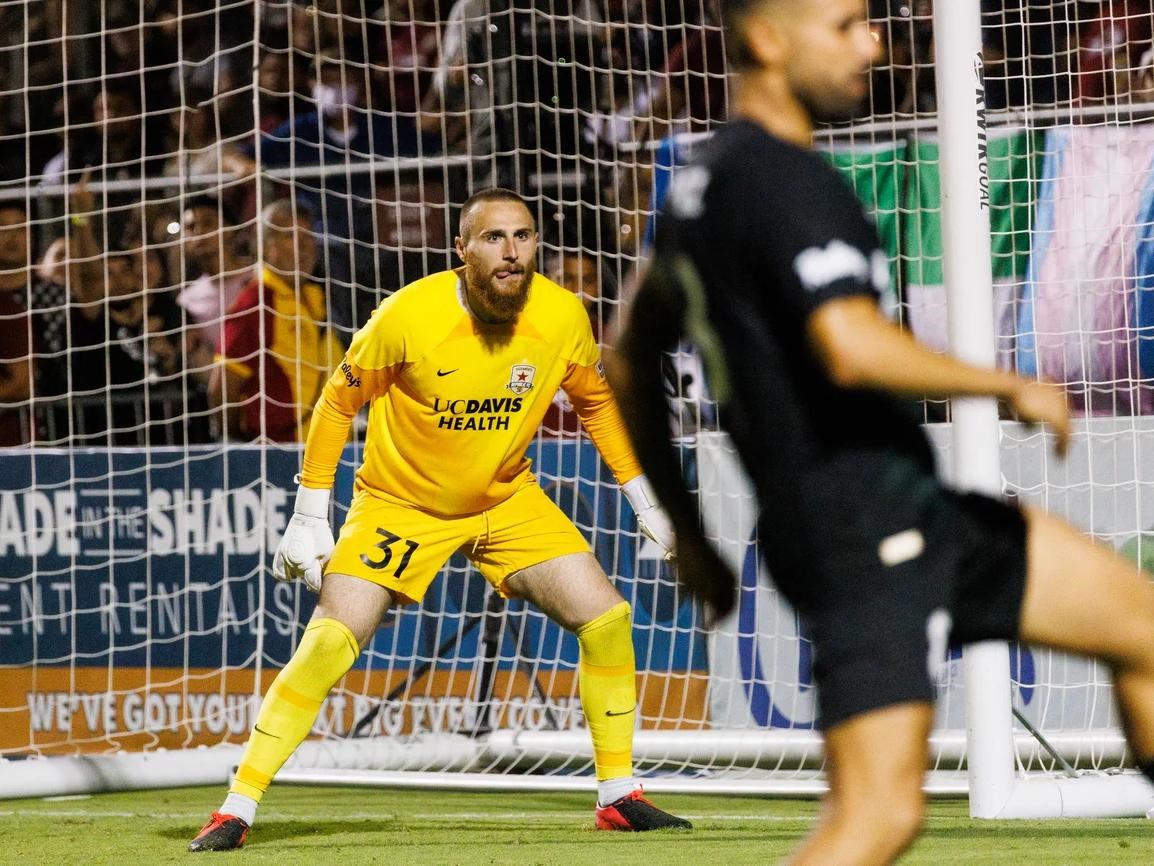 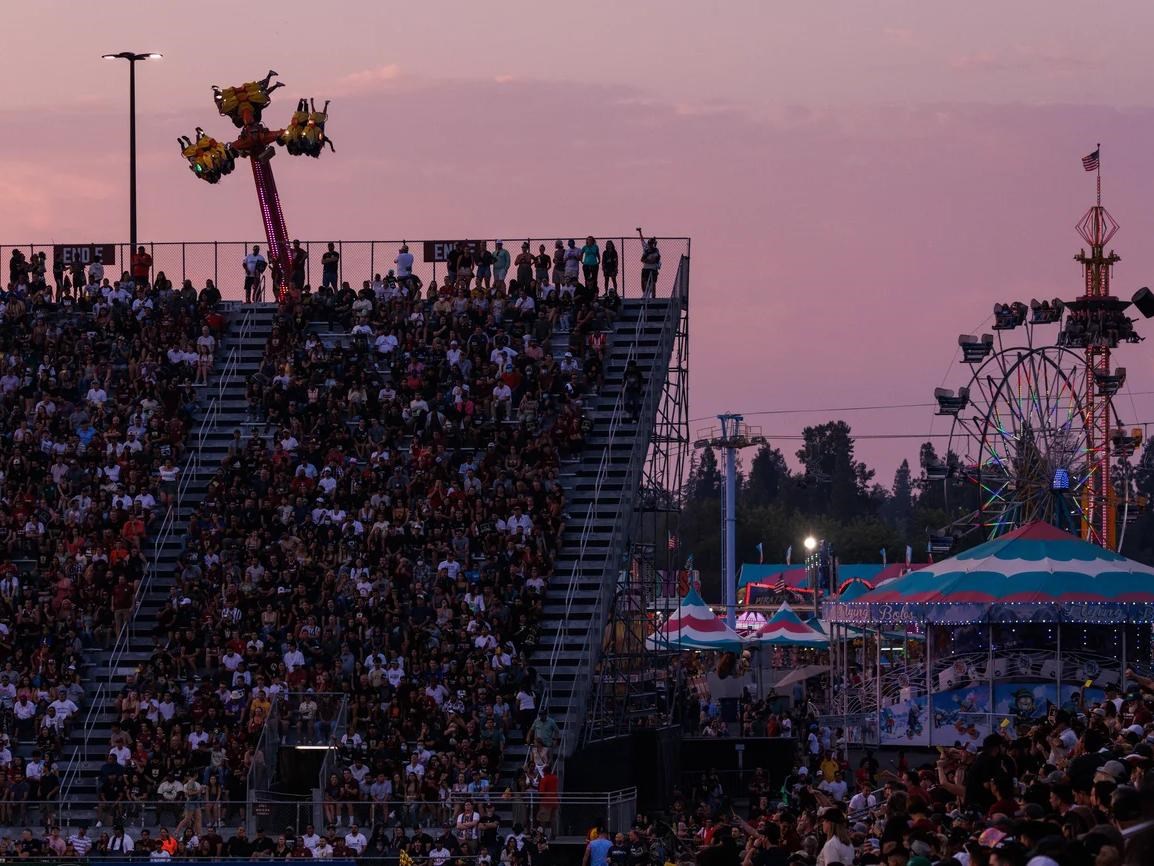 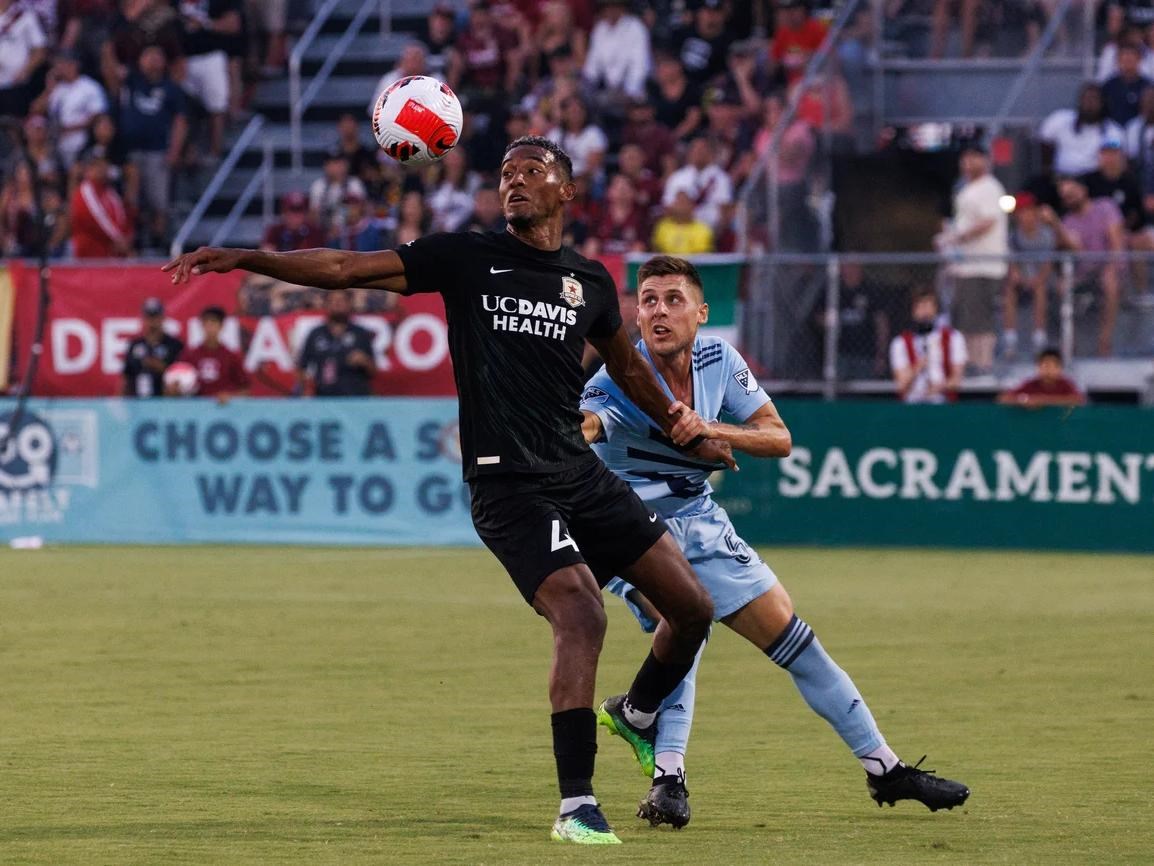 "Penalties are a lottery," Vitiello said after the match, "you've got to dive the right way."

Luck, or not, the save set up Sac Republic for a final kick to win the match. And the team's diminutive hero, 5-foot, 7-inch captain Rodrigo "Ro-ro" Lopez, took advantage. He drilled a shot into the back of the net as KC's goalkeeper dived in vain.

The celebration was loud and inclusive – players stayed on the field to share the moment with Sacramento fans.

Sac Republic head coach Mark Briggs commended his entire team for its defensive effort, and praised his players for their quality performances in critical moments throughout the tournament.

"The guys are comfortable when they're uncomfortable," Briggs said. "That's what gets us through these games."

Briggs is a coach who likes to focus on the moments at hand – in the days leading up to Wednesday's match, he deflected much of the gushing talk about Sac Republic's magical ride through the tournament, with its three impressive wins over MLS teams.

But he's certainly aware his team is carrying a torch for soccer's lower divisions.

Sac Republic's breakout performances may be a sign of things to come; but they're also a sign of what's already been happening. While sports fans were focused on men soccer's epic fail at the highest level — the U.S. not qualifying for the 2018 World Cup — the game kept moving forward.

In the eight years since Sacramento joined USL Championship, the league has grown to nearly 30 teams. And those teams have been filling their rosters with talented players every way and from every where. 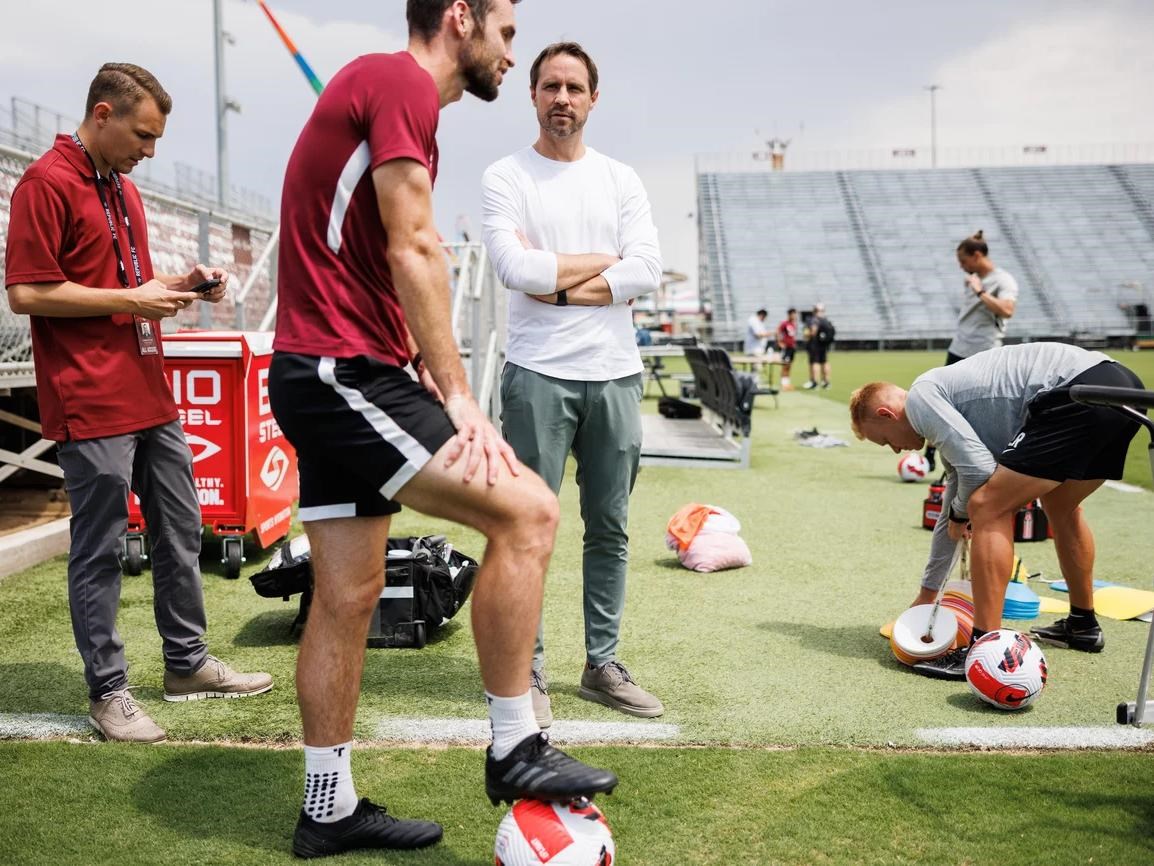 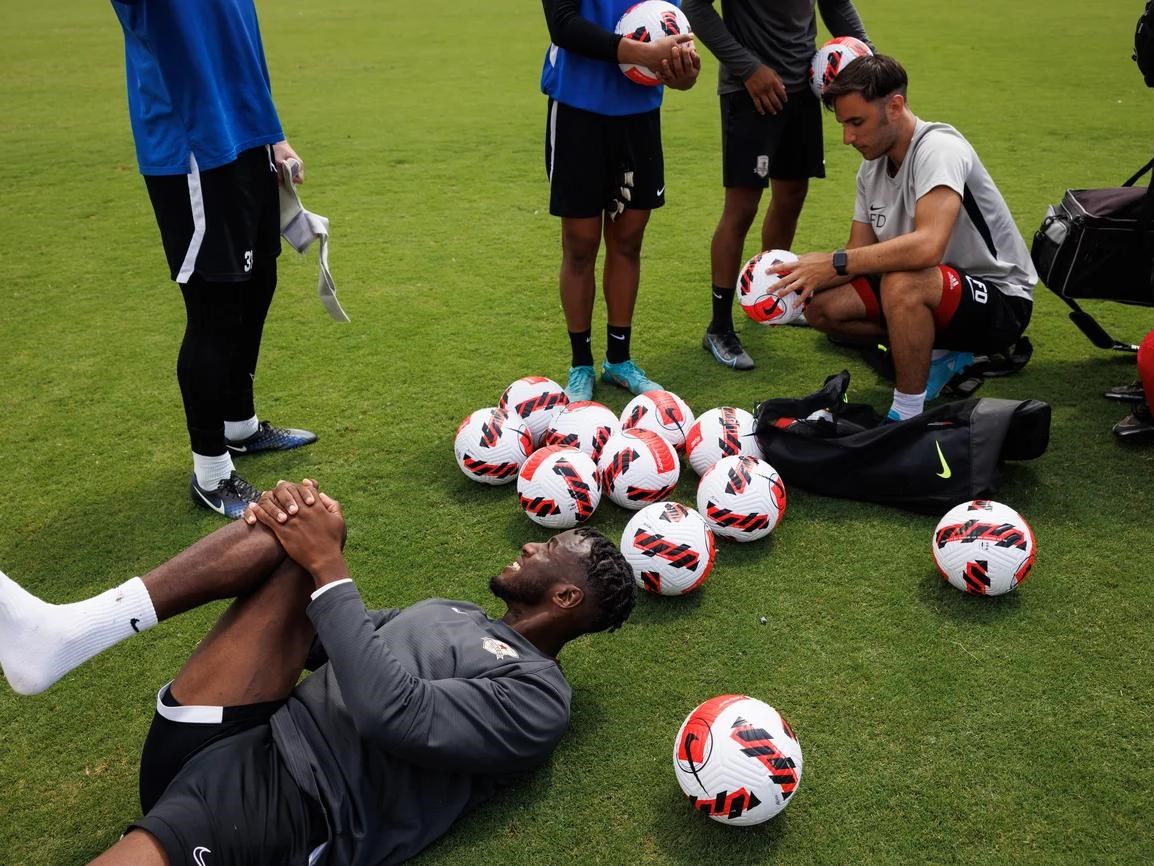 Different pathways to the pros

Sac Republic has players from Spain and Scotland and the Congo. Of course there are locals too, playing pro soccer in their hometown.

Like two close teammates who arrived from very different paths.

LaGrassa turned pro after four years of college soccer. Jauregui, whose parents are Mexican immigrants, was 13 when he was first recruited by Sac Republic's academy – one of many youth development programs around the country, including MLS Next.

Juaregui signed his first pro contract at 15, something exciting but potentially daunting.

"I think coming into a locker room at the age he did can be a really frightening thing for a lot of kids," LaGrassa said. "And it is really a sink or swim situation where you're surrounded by adults that are making a living out of this game and they're not going to go easy on you." 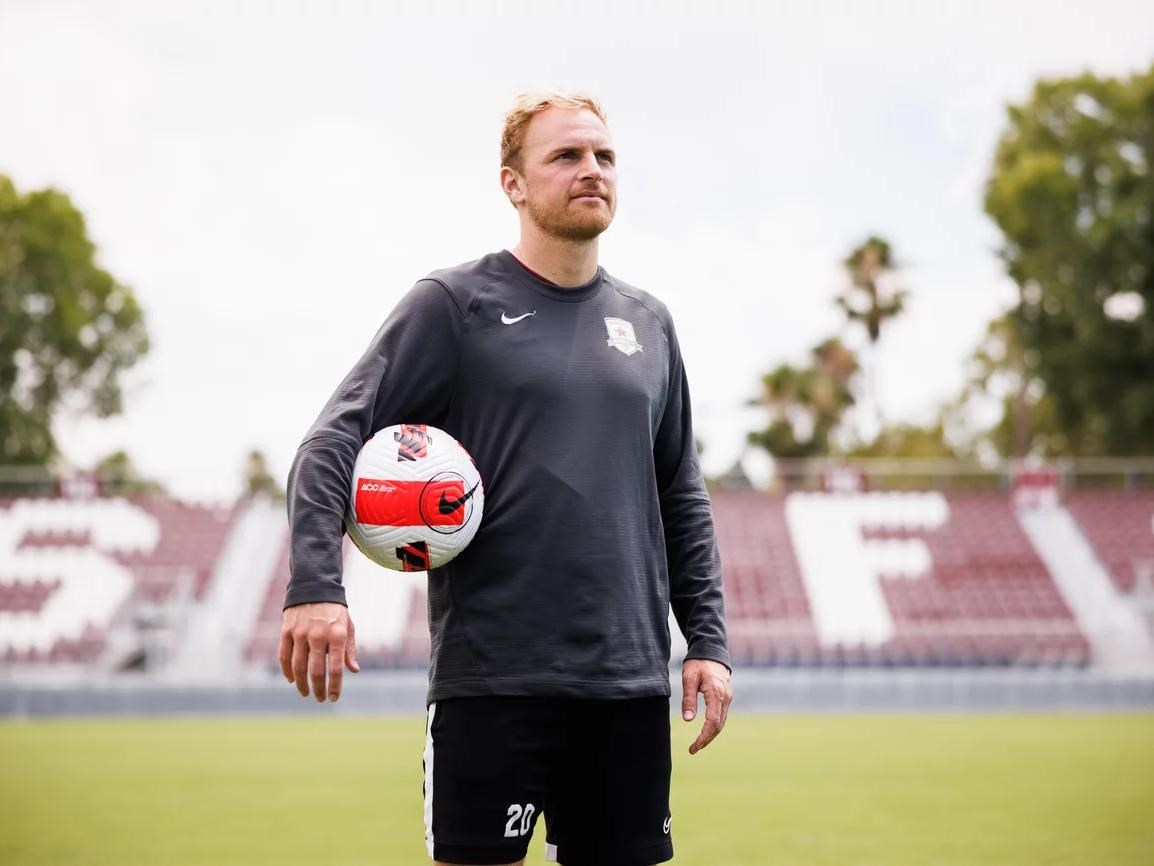 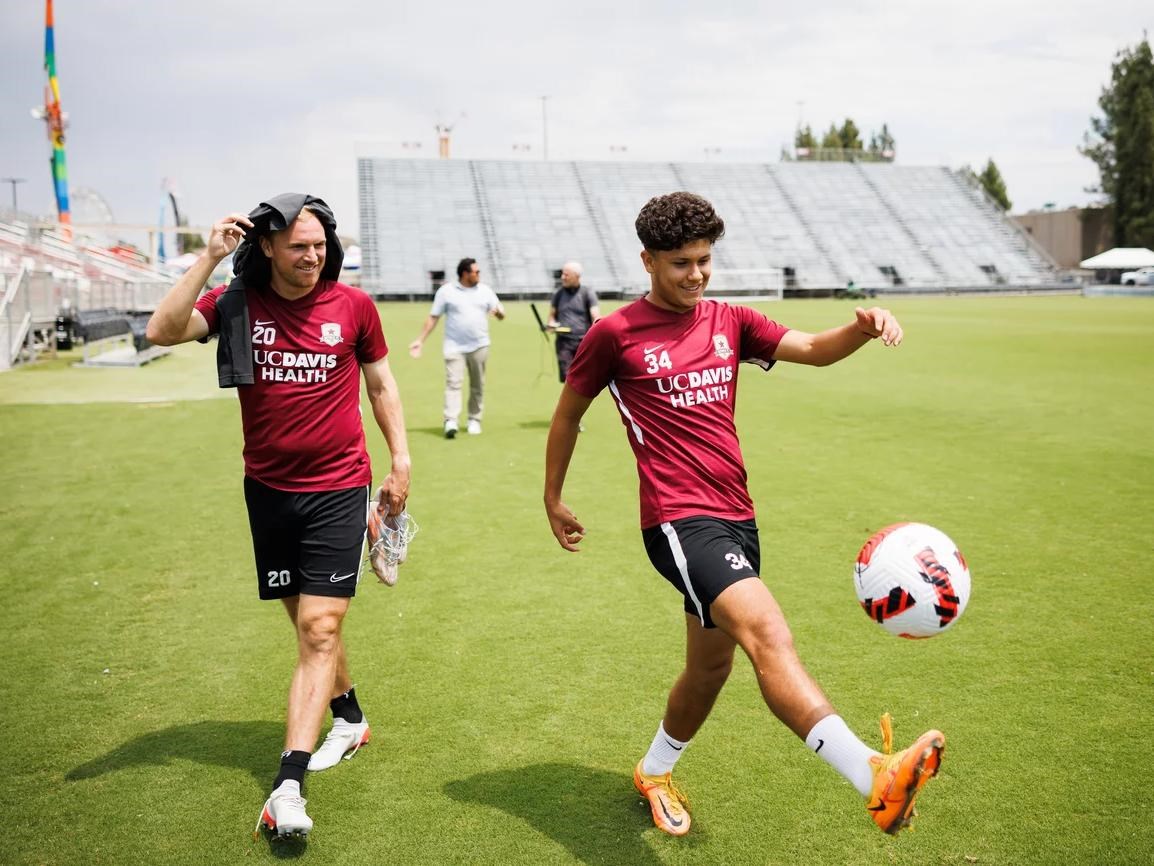 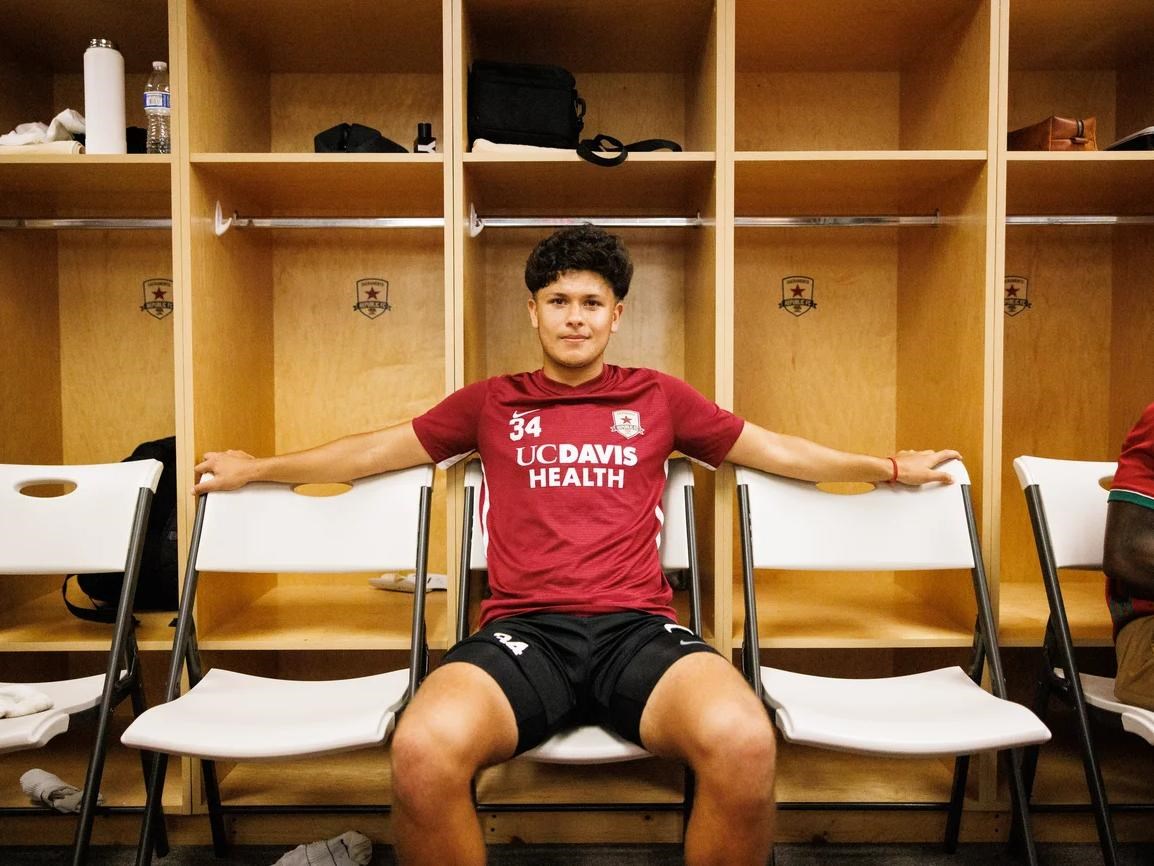 Juaregui confirms it was tough at first.

"I'm pretty shy," he said. "So it took me a while to like start talking to people. In the beginning it was pretty hard but then I just started like coming out of my shell a bit more and it's been getting better."

Last month, Jauregui scored his first professional goal in a league game victory over L.A. Galaxy II – Sac Republic is playing a USL Championship schedule along with the U.S. Open Cup tournament games. Jauregui celebrated the moment as he'd planned – with his family.

"I talked to my brother [and] my dad," he said. "I was like, 'I'm going to run to you guys when I score. So that was the plan and I went through with it."

Despite the milestone, Jauregui's minutes on the field still are limited. But LaGrassa says his young teammate has a valuable head start professionally.

"You know a lot of the stuff that I probably went through at 23, Rafa's gone through at 15, 16 years old," LaGrassa said. "Which is honestly, I mean, it's incredible for the growth of the game in this country.

Still, LaGrassa says he's not envious that Jauregui had opportunities, like academy training, that he didn't.

"No, I think everybody's journey is different," he said. "I wasn't really supposed to make it as a pro. I went undrafted out of college as well, which means that even amongst the college players at the end of my four years I wasn't really rated as one of the top players. So for me, I feel grateful for any pro career that I've been able to put together."

"I think by the time Rafa is 20 years old," LaGrassa said, "[he'll] hopefully have close to 100 games under his belt professionally. And that kind of résumé will allow him to go where he wants to go and carry him throughout."

And possibly benefit some national team.

"I mean being able to represent either Mexico or U.S. would be a great honor," Juaregui said, "I wouldn't mind either one." 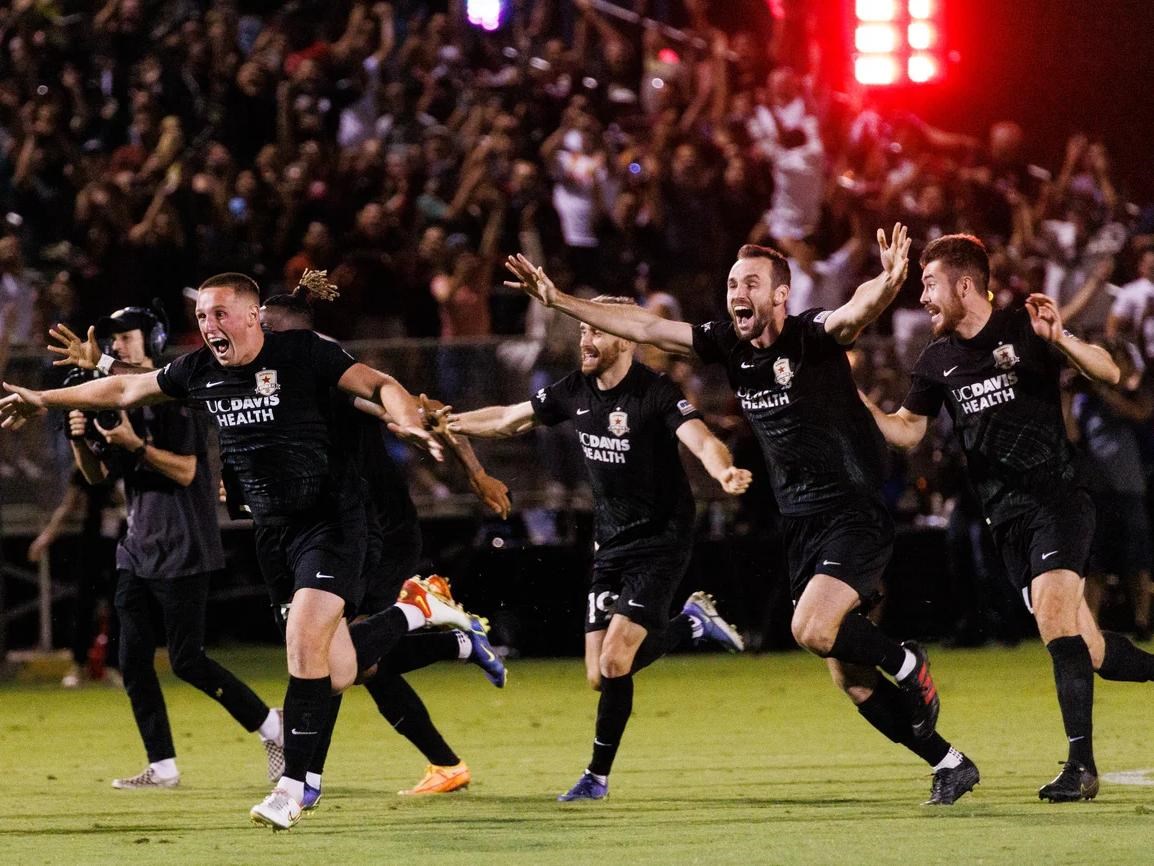 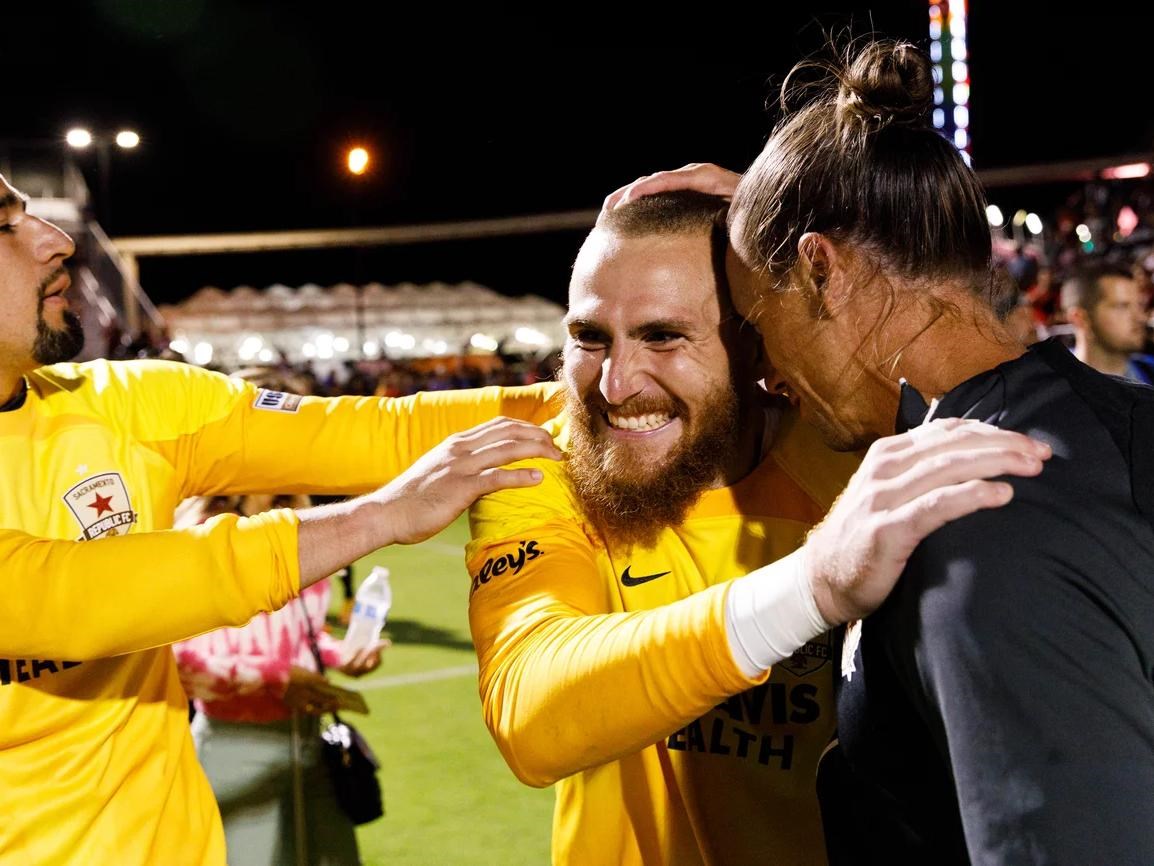 For now though, Jauregui, who didn't play Wednesday, and his teammates are focused on completing their U.S. Open Cup journey with a title.

And they'll continue to draw on emotional fuel as motivation.

Sac Republic was in line to join MLS before the primary investor pulled out last year. Team President and General Manager Todd Dunivant says the disappointment helped forge a team mentality of wanting to prove itself every day.

"To have that chip on your shoulder," Dunivant said, "it's a very Sacramento thing. We're not the first city that's talked about when you think of California. People talk about L.A. and San Francisco and San Diego."

But the soccer world is talking about Sacramento now.

With one more win, on September 7, Sac Republic can become the first non-MLS U.S. Open Cup champion since 1999. It won't be easy – Orlando City dominated New York 5-1 in Wednesday's other semi-final match, and will host the final.

A second division team that preys on teams at the top. 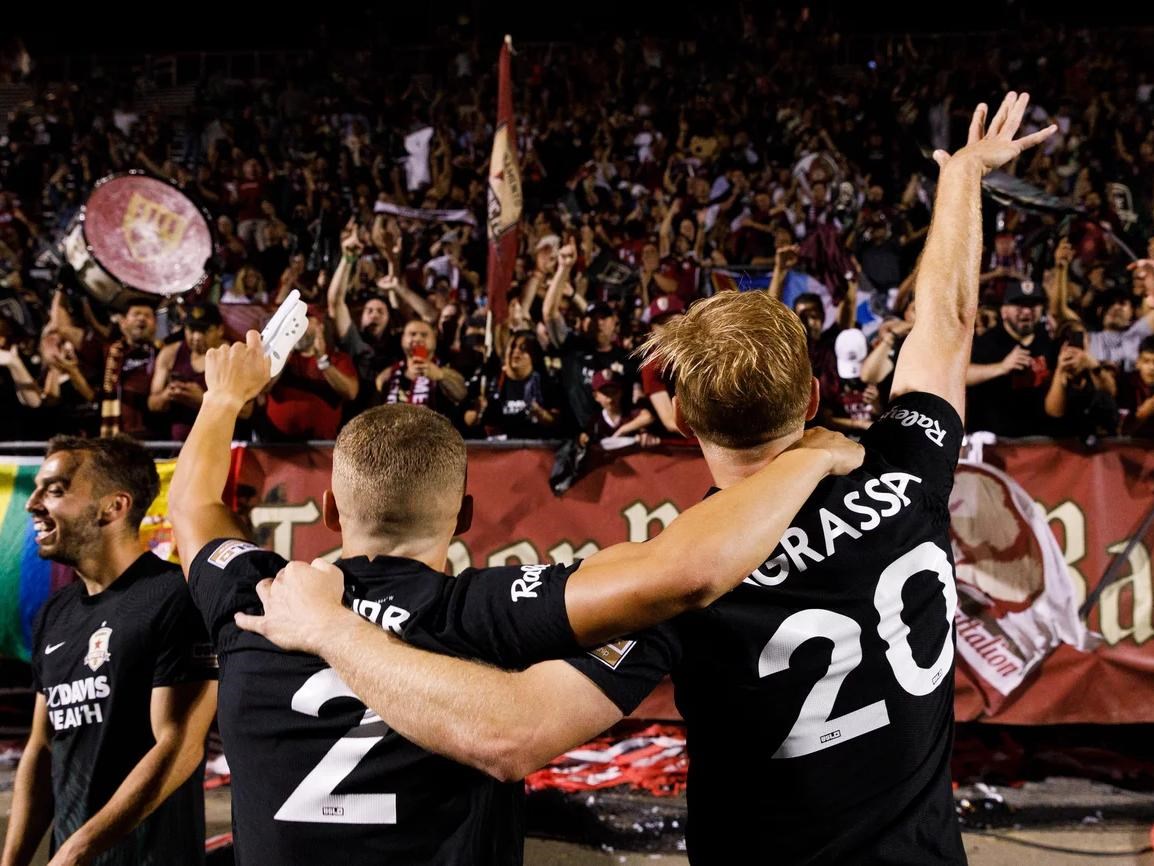