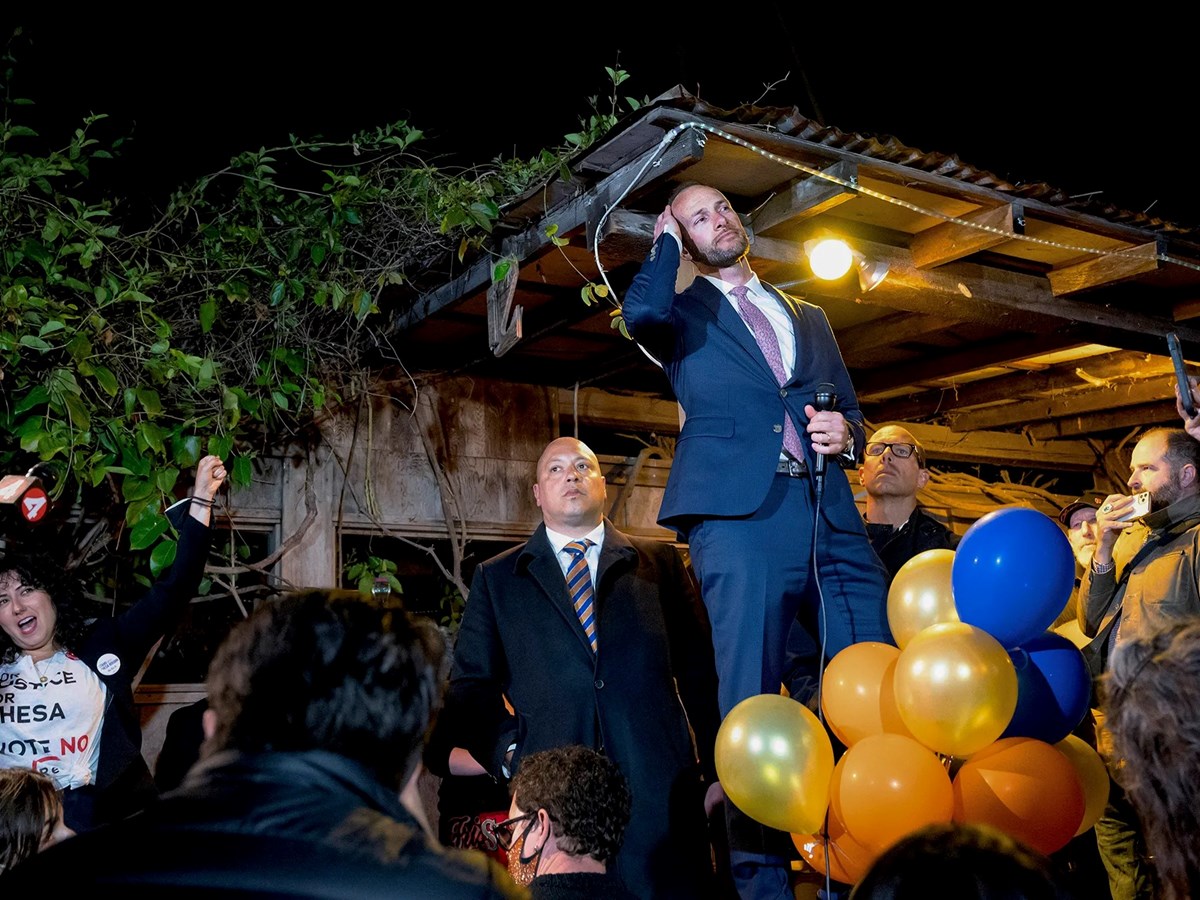 After making significant gains in recent years across California and the country, a movement to reimagine the role of prosecutors within the criminal justice system hit a snag Tuesday night with losses in key races around the state.

The biggest setback came in a nationally-watched recall in San Francisco, where voters overwhelmingly removed District Attorney Chesa Boudin before the end of his first term, following a bitter campaign that turned on rising anxiety over crime.

Observers quickly held up Boudin’s rejection by famously liberal San Francisco as a warning sign that the pendulum is swinging back on criminal justice. With spikes in violent crime fueling public safety concerns nationwide, some Democrats worry they could be punished this fall for pursuing policies to reduce sentences, divert people from jail, eliminate cash bail and more aggressively prosecute police for misconduct.

But the results from Tuesday’s primary elude a simple narrative.

Better electoral outcomes for several of Boudin’s ideological allies in other jurisdictions suggest Californians have not fully rebuffed the criminal justice movement, nor are they inclined to rush back to the tough-on-crime era of decades past.

Still, it was not a great night for what has come to be known as the “progressive prosecutor” movement.

In addition to Boudin, San Joaquin County District Attorney Tori Verber Salazar is on track to lose her bid for a third term. A Republican, Verber Salazar surprised many by aligning two years ago with the Prosecutors Alliance of California, a new coalition of district attorneys, including Boudin, committed to advancing a less punitive criminal justice system. She faced an opponent backed by local law enforcement groups, Ron Freitas, who decried her “radical social experiment” and vastly outspent Verber Salazar.

Alana Mathews, who works for the Prosecutors Alliance, lost the race for Sacramento County district attorney by a wide margin to Thien Ho, a veteran prosecutor in the office. And incumbents in Santa Clara, Orange and Yolo counties easily won re-election over candidates who challenged them from the left, emphasizing rehabilitation over incarceration.

Greg Totten, the former district attorney for Ventura County who now serves as chief executive officer of the California District Attorneys Association, said the results show that even in more liberal parts of the state, concerns about crime and safety have become a potent political force.

Major increases in homicides during the coronavirus pandemic rattled California after decades of falling violent crime rates, though property crime has continued to decline overall.

“The public is growing increasingly frustrated with policies that are making the situation worse, not better,” Totten said. “They want criminal justice reform, they want thoughtful reform, but they want it in a way that doesn’t compromise their public safety.”

Nonetheless, not all of the “progressive prosecutor” candidates running Tuesday were unsuccessful.

Contra Costa County District Attorney Diana Becton, another member of the Prosecutors Alliance, handily won re-election over a deputy from her office. Local law enforcement groups spent heavily to defeat Becton, who secured the conviction last year of a sheriff’s deputy for fatally shooting a man while on duty.

And even in some races where progressives were defeated, such as Sacramento and Santa Clara counties, the winners expressed support for changing harsh criminal justice policies, noted Irwin of Smart Justice California. Though it has not yet made a breakthrough in more conservative parts of the state, she said the movement has changed the conversation about what voters want from law enforcement.

“In blue counties in California, criminal justice reform has become a normalized part of the political debate,” Irwin said. “This push to return to a tough-on-crime era is not gaining traction. Voters are not looking for the most punitive candidate.” 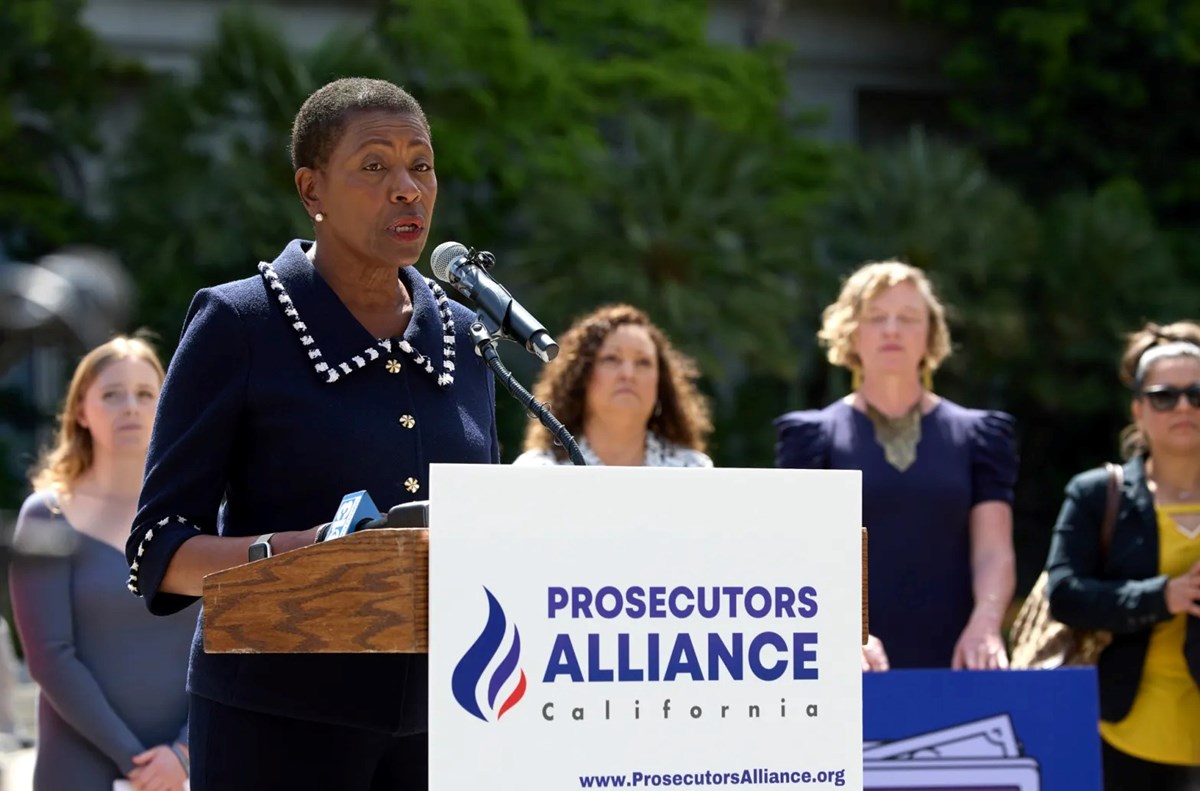 Contra Costa County District Attorney Diana Becton speaks at the Victims of Crime Rally for Change on the steps of the state Capitol on April 18, 2022.Fred Greaves / CalMatters

Supporters were further encouraged by the state attorney general race, where Democratic incumbent Rob Bonta received a decisive majority of the vote, despite attracting several challengers critical of his social justice-oriented approach to the job. One opponent who frequently tied Bonta to Boudin in her campaign, Sacramento District Attorney Anne Marie Schubert, did not connect with voters, finishing a distant fourth.

They also pointed to several county sheriff races where staunch law-and-order incumbents were faltering. Seeking a fifth term, Alameda County Sheriff Gregory Ahern trailed Yesenia Sanchez, who oversees the local jail, by double digits. In Los Angeles County, Sheriff Alex Villanueva, who ran four years ago as a progressive and then pivoted to become a brash conservative with a standing invitation to Fox News, pulled less than a third of the vote and is headed to a November runoff.

“The people running, working to reform the system, are always pushing against heavy winds,” said Cristine Soto DeBerry, founder and executive director of the Prosecutors Alliance. “We’re pleased that more people are running, that they are challenging incumbents and raising the debate about how do we have safety and justice in our communities.”

It’s impossible, however, to escape the shadow of voters recalling Boudin, who instantly became a national emblem of the “progressive prosecutor” when he was elected in 2019. While other notable faces of the movement, such as Larry Krasner of Philadelphia and Kim Foxx of Chicago, have recently overcome intense opposition campaigns to win re-election, Boudin’s failure stands out because of San Francisco’s reputation as a progressive bastion. Nearly three-quarter of the city’s voters, for example, backed Bonta for attorney general.

At his election night party, a defiant Boudin blamed an influx of money from conservative mega-donors and voters’ discontent with conditions in San Francisco that were beyond his control, rather than his attempts to address them.

“This is a movement, not a moment in history,” he said. “Voters were not asked to choose between criminal justice reform and something else. They were given an opportunity to voice their frustration and their outrage, and they took that opportunity.”

Jennifer Jacobs, a Republican strategist who has worked with the district attorneys association, cautioned that the very active recall campaign in San Francisco revealed far more about voters’ shifting attitudes on public safety than other races that drew fewer resources and attention, where progressives were successful.

“It’s a pretty decisive rejection,” she said. “It’s a warning that if you don’t put victims in front of criminals, the voters are going to send you packing.”

The next test is in Los Angeles County, where critics of District Attorney George Gascón are pursuing their own recall. Boudin’s predecessor as district attorney of San Francisco, Gascón won the office in 2020 promising to stop seeking cash bail for low-level offenses, pursuing the death penalty and charging juveniles as adults, but immediately ran into conflict over the changes with the prosecutors in his department.

Proponents are racing against a July 6 deadline to collect nearly 567,000 valid signatures from Los Angeles County voters in order to qualify for the ballot. They say they have collected more than 500,000 signatures so far.