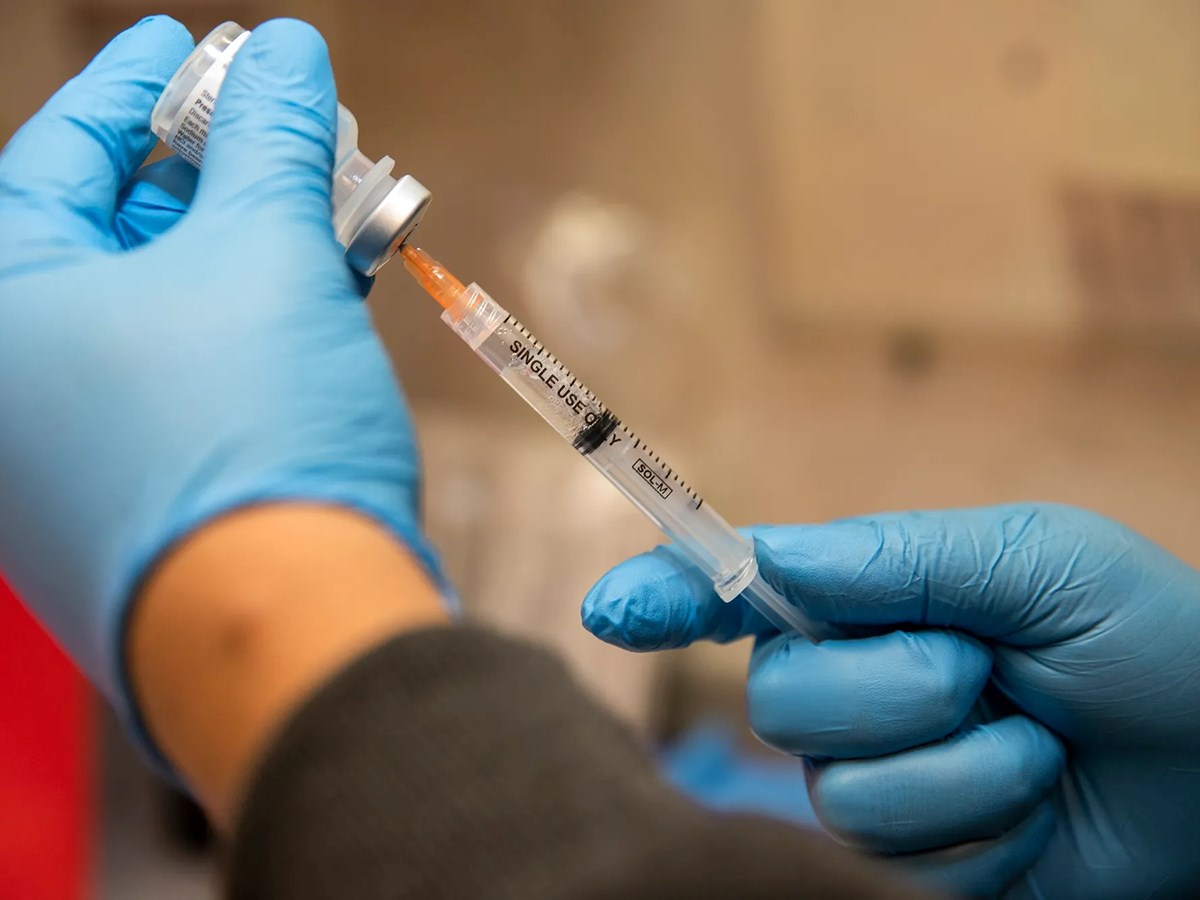 A nurse draws up a dose of the COVID-19 vaccine at a mobile health clinic in Los Angeles on March 16, 2022.

To boost COVID-19 vaccination rates among California’s low-income residents, last year the state launched a $350 million incentive program. But since then, the gap between those Medi-Cal members and the general population has actually grown wider.

While 84% of all Californians 5 years and older have received at least one dose of the COVID-19 vaccine, only about 57% of those in Medi-Cal, the health insurance program for low-income residents, have done so as of April, according to the latest vaccination update from the California Department of Health Care Services.

That’s a gap of 27 percentage points, and it’s slightly bigger than the gap recorded last summer.

Between last August and this April, the most improved Medi-Cal plan, CalViva in Fresno, Kings and Madera counties, went from 42% to 54% vaccinated members ages 12 and over. The plan with the lowest gains, United Healthcare Community Plan in San Diego County, went from 46% to 48%. Five Medi-Cal plans still have Covid vaccination rates under 50% — although that’s an improvement from last summer, when 11 plans were under the half mark.

The fact that rates are trending up is a good thing, but the growing gap between Medi-Cal members and the general population is concerning, said Kiran Savage-Sangwan, executive director at the California Pan-Ethnic Health Network. “They’re not making the type of progress that one would hope for,” she said. “I think it’s possible that health plans may need to reevaluate their strategies.”