Hank the Tank: A massive bear has broken into dozens of homes near Lake Tahoe

Hank the Tank is "our big bear friend who has adopted the Tahoe Keys neighborhood as his residential area," police in South Lake Tahoe, Calif., say. State officials are now trying to trap the bear, who weighs 500 pounds.

It's not easy for a 500-pound bear to sneak around a neighborhood — and it sounds impossible for one to break into a house through a small window. But the animal known as Hank the Tank is no ordinary bear: California's wildlife agency says he has broken into at least 28 homes in South Lake Tahoe, adding that he's responsible for "152 reports of conflict behavior."

Hank is a "severely food-habituated bear," the California Department of Fish and Wildlife said, adding that the term "means that the animal has lost its fear of people and is associating people with access to food."

The bear "has used its immense size and strength to break in and through front doors and garage doors" over roughly the past seven months, the agency said.

The most recent incident occurred late last week, when local police officers were called to a home on Catalina Drive for "a report of Hank inside a house," according to the South Lake Tahoe Police Department. The department posted photos showing a wooden fence whose planks had been shattered, along with a small window.

To flush Hank out, two officers "banged on the exterior of the home until he popped out a back door," the police department said, adding that the officers stayed in the area to be sure the huge bear didn't approach other houses. 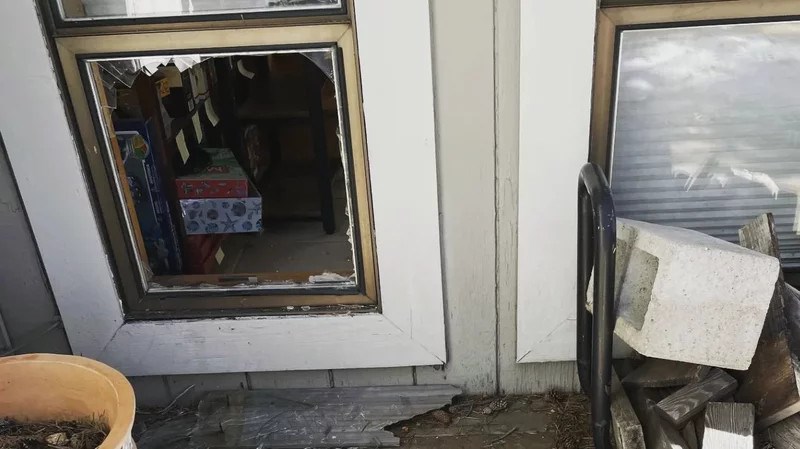 "This bear did not break into a garage where trash was kept that he was sniffing out," the police said. "He broke into a secured home, through the small window in the photo, and somehow squeezed inside."

The state says it has launched a "special trapping effort" to remove Hank the Tank from the Tahoe Keys area of South Lake Tahoe. After he's in custody, officials will have to decide whether he can be placed in a controlled habitat or whether he should be euthanized — an outcome that, the agency said, "is always our last option."

The Bear League, a local nonprofit that aims to protect bears, says Hank is "being targeted for death" by the state agency. It adds that it is "frantically working to save his life by reaching out to various wildlife sanctuaries in hopes of finding him a safe home."

The group also said it agrees with the state's assessment that "relocation to a bear habitat elsewhere in the wild is not an option," saying it hopes officials find a suitable new home for Hank.

Both the Bear League and the local police note that the Tahoe Keys, a neighborhood that the police say Hank has "adopted," has rules that forbid "Free Standing temporary storage structures (including Bear Boxes)."

Bear boxes are garbage-can enclosures that are meant to be animal resistant.

"Hank hangs out in the Keys quite often because he has been continuously rewarded with food stored in unsecured garages (the Key's management has not allowed bear boxes because they deem them 'unsightly')," the Bear League said.

But it seems that the Keys' policy has now been revised, or at least clarified. In an update to its posting, the police department said Keys residents can call their homeowners' association to apply for a bear box. 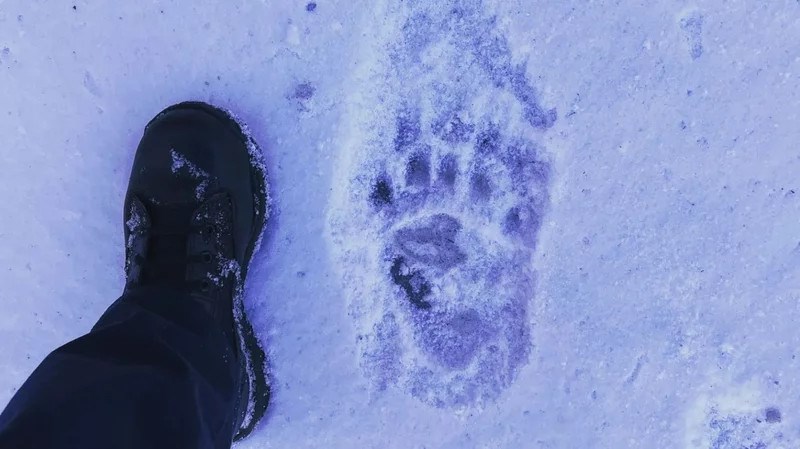 Hank the Tank's large prints were spotted in the snow outside a recent break-in. South Lake Tahoe Police Department

Local and state agencies are urging people in the Tahoe area to be careful with how they store food and garbage, whether they're residents or visitors.

State officials are hoping Hank can avoid the sad fate of another famous bear from the Tahoe area, a fellow 500-pounder nicknamed the Safeway Bear who was caught on camera in 2020 ravaging a grocery store's produce section and ransacking a gas station's candy aisle in the Kings Beach community at Lake Tahoe's northern shore.

Like Hank, that bear had lost its fear of people. It was known for "rummaging for food and crashing Kings Beach get-togethers, helping itself to birthday cake and other treats and prompting widespread concern," the state wildlife agency said.

The bear was eventually trapped, tagged and released into a remote wild habitat in El Dorado County. Its tracking collar was found in the woods in the spring of 2021, leading biologists to hope that it had "successfully transitioned to a natural diet" and lost weight, allowing the collar to slip off. But the truth was more tragic: The bear was shot and killed at a campground in Alpine County after repeatedly intruding into a campsite where a family gathering included small children.

The once-mammoth bear "was a shell of its former self, completely emaciated, its teeth rotten," the wildlife agency said. It quoted a state biologist stating, "Ultimately, the actions of the shooter was the most humane outcome for this bear."