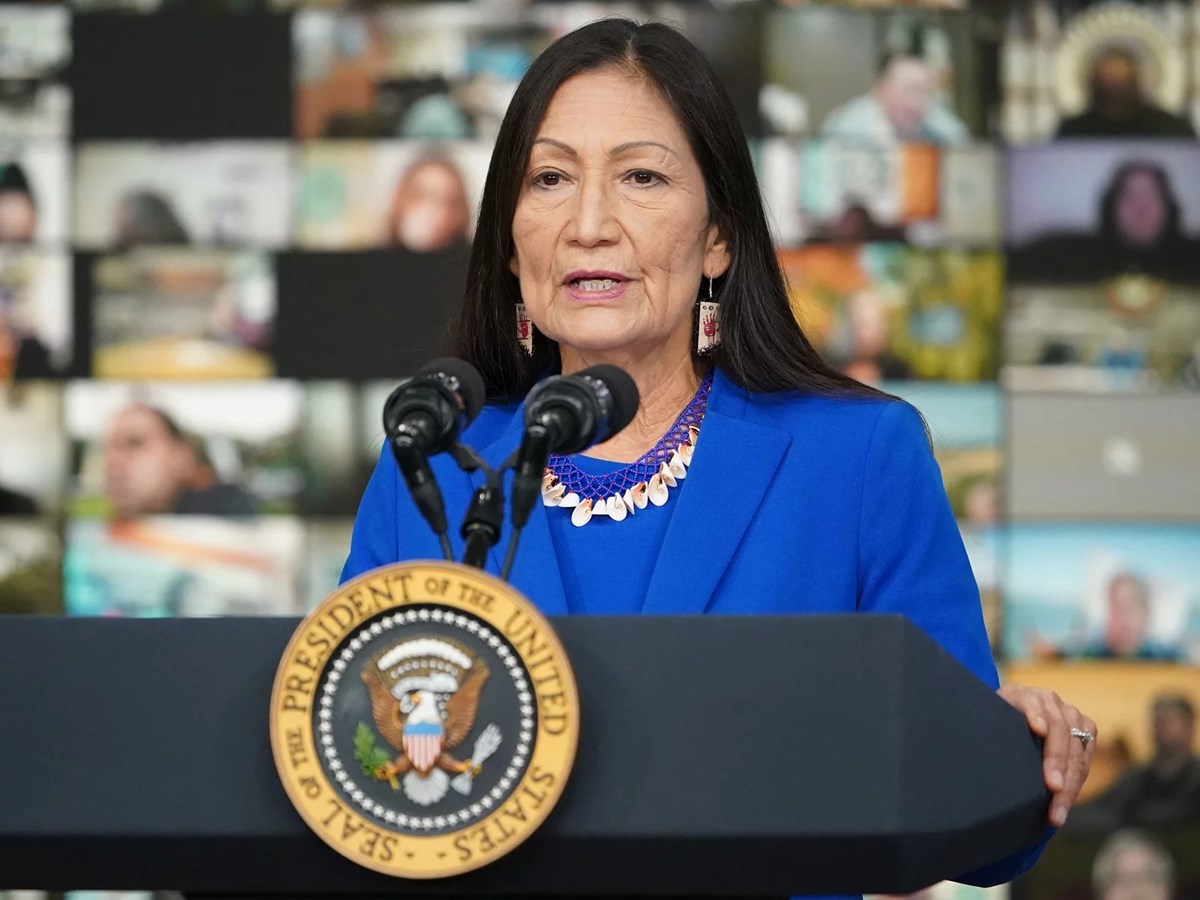 "Our nation's lands and waters should be places to celebrate the outdoors and our shared cultural heritage — not to perpetuate the legacies of oppression," Secretary of the Interior Deb Haaland said.

Secretary of the Interior Deb Haaland formally declared "squaw" to be a derogatory term Friday and ordered a task force to find replacement names for valleys, lakes, creeks and other sites on federal lands that use the word.

The order, which takes effect immediately, stands to affect more than 650 place names that use the term, according to figures from the U.S. Board on Geographic Names.

"Racist terms have no place in our vernacular or on our federal lands. Our nation's lands and waters should be places to celebrate the outdoors and our shared cultural heritage — not to perpetuate the legacies of oppression," Haaland said in a news release about the change.

The origin of the word "squaw" has been traced to the Algonquian language, in which it meant simply "woman." But its meaning was skewed by centuries of use by white people, including colonists in the 1600s.

"The term has historically been used as an offensive ethnic, racial, and sexist slur, particularly for Indigenous women," the Interior Department said.

The new federal action is one of the largest steps yet in the push to strip hurtful words from place names. In recent decades, several states from Maine to Oregon have dropped the term "squaw" from place names. And earlier this year, a famous Lake Tahoe ski resort dropped its long-running name of Squaw Valley, saying it was racist and sexist.

Haaland is the first Native American to serve in the Cabinet in U.S. history. She is a member of New Mexico's Laguna Pueblo.

As it announced the prohibition on the term, the Interior Department noted that Haaland is following the same path previously taken by her predecessors and the Board on Geographic Names, when they recognized that a word was widely recognized as being pejorative or derogatory.

In the 1960s and '70s, the agency said, place names containing slurs for Black and Japanese people were replaced on a wholesale level.

News of the policy shift comes as the U.S. marks Native American Heritage Month. Days ago, President Biden hosted a summit with tribal nations at the White House.