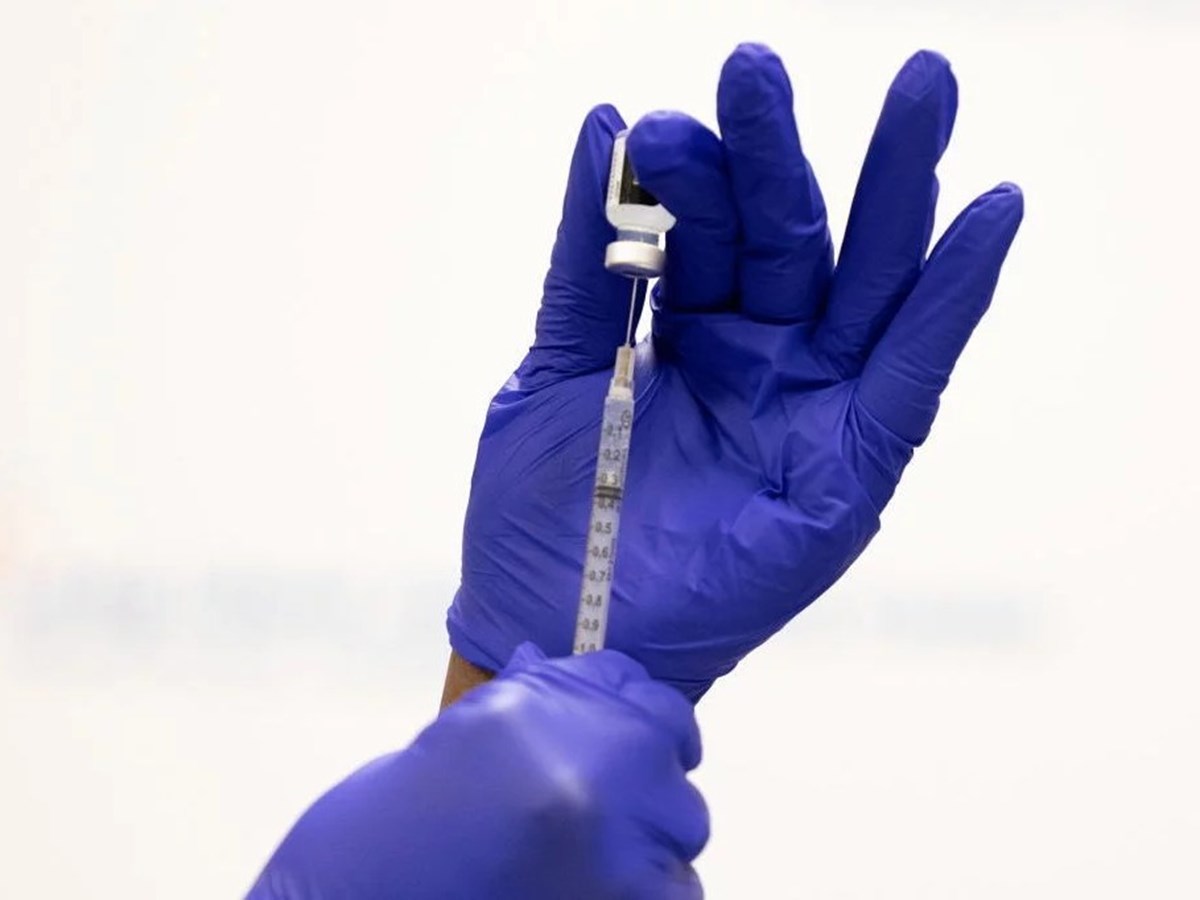 Booster shots are now recommended for millions of Americans.

Millions of Americans can now opt for an extra shot of protection against COVID-19, regardless of the vaccine they initially received.

The criteria for a booster shot can depend on your age, job, where you live and your underlying health. In most cases, you have to wait until six months after your first two shots. What's more, booster shots don't have to match the first vaccine you had.

As you sort through the maze of information (ideally in coordination with your doctor), remember that even without a booster, the vaccines available in the U.S are very effective.

"People who have gotten a primary series of immunization — whatever it was — need to understand they have very high levels of protection against death, hospitalization and severe disease," says Dr. Gregory Poland, director of the Mayo Clinic's Vaccine Research Group.

Confused? Take our quiz to figure out if you need one now.

And read on for more about the science — and continuing debate — around boosters.

A lot of people can get a booster now, but who actually needs one the most?

People who are 65 and older, people aged 50-64 who have certain underlying health conditions, and adults over 18 who live in long-term care settings like nursing homes are all at higher risk of getting COVID-19. The Centers for Disease Control and Prevention says people in all of these groups who got the Moderna or Pfizer vaccines originally should get a booster six months after their initial series.

For anyone over 18 who got only one shot of the Johnson & Johnson, the CDC also advises that you get a second shot — two months after your initial shot — because research shows that this can substantially bump up your protection, rivaling the levels seen with two shots of the mRNA vaccines.

People who are immunocompromised also need to get an additional shot, because data show they often don't get an effective immune response. This isn't so much a "booster," though. It's just getting them to baseline.

Aside from these groups, it's a closer call about who needs to get a shot, says Dr. David Dowdy, an infectious disease epidemiologist at the Johns Hopkins Bloomberg School of Public Health. "For the vast majority of people, there's not an immediate urgency to rush out and get this booster," he says.

People who live in certain congregate settings like homeless shelters and prisons, and people who work in high-risk settings, like health care facilities, schools or grocery stores, may also be at higher risk from COVID-19. This is also true for people 18-49 with certain underlying health conditions.

But the CDC's guidance is not as strong for these groups. You have the option of getting a booster, but whether you decide to get one will depend on things like how much the virus is spreading where you live, whether other safety measures are in place, your underlying health, and your own individual sense of risk.

If you feel your risk is quite high, then go ahead and get the booster, Dowdy advises. But there's also an argument for holding off. The extra protection from the booster could serve you well at some point in the future, when infections are climbing in your community. "I fall into this category myself, and I'm not in a rush to get a booster shot," he says.

Is the vaccine really wearing off over time? How concerned should I be?

The protection afforded by the vaccine is waning slightly over time, particularly as the quick-transmitting delta variant circulates, according to studies from the U.S. and other countries like Israel. This should not be cause for alarm, though. The most dramatic declines are related to the vaccine's ability to stop asymptomatic or mild breakthrough infections — for instance, a CDC study of frontline workers found that the vaccines' effectiveness at preventing infections dropped from 91% (in pre-delta times) to 66% after delta became dominant.

The good news is, "we are not seeing a lot of reports of serious disease, hospitalization or death," says Dial Hewlett, an infectious disease physician at Westchester County Department of Health, in Westchester, N.Y.

In general, the vaccines are still very protective against hospitalization across all age groups. A CDC study published in late September comparing the real-world effectiveness of all three vaccines at preventing hospitalizations found Moderna was 93% effective, Pfizer was 88% and J&J was 71%.

But among older adults the effectiveness appears to be waning slightly. Just how much remains an open debate, and it depends on the vaccine. The Moderna vaccine shows only "mild declines" in vaccine effectiveness against hospitalization among people who are 65 and older. It's a similar picture for Pfizer, although some research shows it may be declining slightly more than Moderna.

The Johnson & Johnson vaccine started at a lower effectiveness against hospitalization than either of the two mRNA vaccines, but it's not yet clear whether that protection is waning like the two others.

When you consider the slight dip in vaccine protection, keep the context in mind, says Jonathan Golob, an infectious disease physician at the University of Michigan. "The vaccines still remain excellent even for older adults. The one exception is people who are profoundly immunocompromised," he says.

Is it a good idea to go for a different vaccine than I got the first time around?

There are different schools of thought on this "mix and match" strategy. Some Americans may find it attractive for a variety of reasons, but so far the data is very limited.

The good news is that switching to a different vaccine appears quite safe, says Poland at the Mayo Clinic. "This is a great social and scientific advance to allow people to do a mix and match," he says.

Here's why Poland supports switching it up. If you had bad side effects from the first vaccine you got, you can opt for another. Or sometimes it's just more convenient to get whichever one is first available; you don't have to fret about finding a particular vaccine, if supply is limited. And finally, some of the early research shows you may be better protected, depending on the vaccine you used.

This last reason may apply especially to those who got the J&J vaccine initially. A study from the National Institutes of Health recently found that following up the J&J shot with either the Moderna or Pfizer vaccine could produce a stronger immune response than a second dose of J&J's vaccine. Research from Europe supports this conclusion.

"If it was for me or my family member, I would recommend an mRNA vaccine for those who received J&J," says Desi Kotis, associate dean at the University of California, San Francisco School of Pharmacy.

If you had the Moderna shot, the Pfizer booster is a smaller dose and that could cut down on side effects, while still providing a very strong immune response, says Poland, who says he plans to do just this for his booster. It's also possible people who had the Pfizer vaccine will want to chase it with Moderna because the booster dose is higher, and may produce a bigger boost in antibodies.

But other experts say it could make sense to keep things simple and stick with the original vaccine you received, especially if that worked well for you initially. All the data on boosters is relatively limited, but "we have a much larger experience in people who have received the same product," says Hewlett

According to the NIH study, a booster of Moderna following two shots of that same vaccine leads to the highest antibody levels — more than Pfizer — although it's probably too small a difference to matter for most groups. Also, the booster dose authorized by the FDA was only half of what was tested in that study.

"Nobody knows what the actual level of protection is longer term for all of these different mix and match combinations," says Dowdy.

Are the boosters safe?

Yes. "There's very, very little risk," of any serious complications from a booster shot, says Kotis of UCSF. It's reasonable to assume the "booster could show about the same side effects that you had after those first or second series shots."

There are a few specific demographics that have an elevated risk of adverse events compared to the general population.

Young men between the age 18 and 25 are at higher risk of myocarditis and pericarditis (inflammation in parts of the heart) following the mRNA vaccines. Research shows the majority of patients who develop this rare condition report feeling better within six weeks, though. For the J&J vaccine, women between the ages of 18 and 49 account for most cases of a severe blood clot, known as TTS. This, too, remains quite rare. In the U.S., there are under 50 reported cases overall out of the 15 million people who've received the J&J vaccine.

Still, it's very reasonable for people who are in these higher risk demographics to choose a booster based on this concern, i.e., women 18-49 could consider choosing one of the mRNA vaccines and younger men may wish to consider the J&J for their booster.

The bottom line is that all three vaccines are safe for the general population, says Poland. When it comes to safety risks from the vaccines, "we can barely quantify the risk, it's so low," he says.

I don't qualify for a booster, what should I do?

If you are under 65 and without any underlying health problems, the vaccines are really holding up well, says Angela Rasmussen, a virologist at the University of Saskatchewan. "You really don't need a booster — that is what the data indicates."

Of course, some people are not only concerned about hospitalization, but also about the chance of getting infected at all. And some studies do show that protection against infection may be dropping for younger adults, too.

While this is an entirely valid concern, the vaccines were never designed to stop all infections — only the most severe illness. One day, COVID-19 vaccine may be a three dose series, where everyone gets two priming doses and then a booster, "not because everybody's at risk, but because we have a lot of vaccines that are three dose regimens," says Rasmussen. "It may just be that you do need this third dose to really lock in that long lasting durability."

But we're not quite there yet. In fact, it's good to keep in mind that the research on boosters is far from settled. "The science is not all that strong right now — it's still developing," says Dowdy. "We don't have long term data on these boosters, if they provide long term benefits for protection or even how much protection wanes without a booster."