What Lassen Volcanic National Park looks like after the Dixie Fire

Parts of Lassen Volcanic National Park have reopened this week for the first time since the Dixie Fire burned more than half of the area.

According to Kevin Sweeney, the park’s Chief of Interpretation, the park will look different than before due to the fire.

“The fire moved in some areas of the park a lot differently than in others,” Sweeney said. “Visitors will notice when they come through some areas that the fire burned a little bit of duff on the ground, and left everything and was a very slow creeping fire.”

Right before the park reopened to the public, the host of NSPR’s science show Blue Dot, Dave Schlom, visited the park to find out how things have changed. He joined NSPR’s Senior News Editor, Adia White, and spoke about what people can expect when they visit.

On what visitors may see when entering the park

If you look to the right, as you head into the park, you see just utter devastation, and everything is just black sticks. It’s really bad, but if you look to the left of the road … it looks fine.

So on the west side of the road, there’s very little fire impact and everything looks good. Looking to the right — it was just utter devastation. 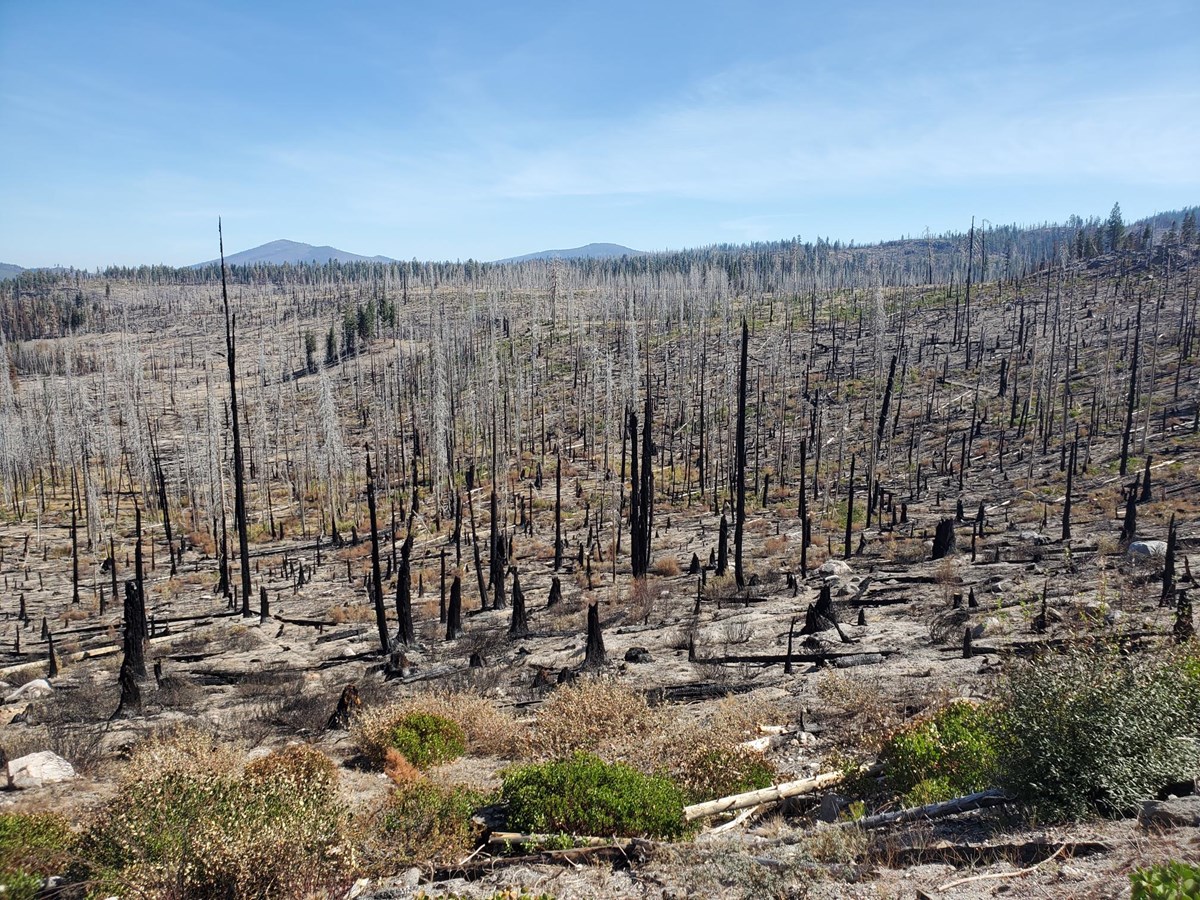 On what the fire damage means for the park

Over 60% of the park has had fire in it. That doesn’t mean destroyed. There are places where there’s high impact fire, very high intensity.

And yes, it looks very devastated, but there’s other areas where the fire had a light touch and didn’t have a dramatic impact. So there are places here and there where you see this high-impact fire zone.

And then, [there’s] this checkerboard kind of view of the fire where you see areas where you know it’s burned, but not too bad — low intensity. So it’s not as bad as all that sounds.

That said, as you enter the park, it’s going to be kind of startling for people to look off to the right. That looks pretty intense.

But then once you get up into the park near Lake Helen and Brokeoff [Mountain], Lassen Peak itself in the parking lot, the beautiful hemlocks up there, all that is just fine. So there’s a lot of the park that’s just, really, it’s fine. It has not been impacted by the fire.

One of the things that was amazing was in places that had just burned, and like 10 feet away, you can still see smoke coming out of a stump.

I saw places where there were little shoots of green grass that had already come out from the little rains we had a couple of weeks ago. There's even places where little bits of green are coming up, where the firefighters dump their canteens instead of just waiting for some water.

A lot of these plant species, they've been fire-adapted for a millennia, so they're just waiting for this fire to come through and then start to rejuvenate. So it was amazing to see it. You already could see the green, and it was like, "wow," that's a really hopeful sign amidst all this devastation. 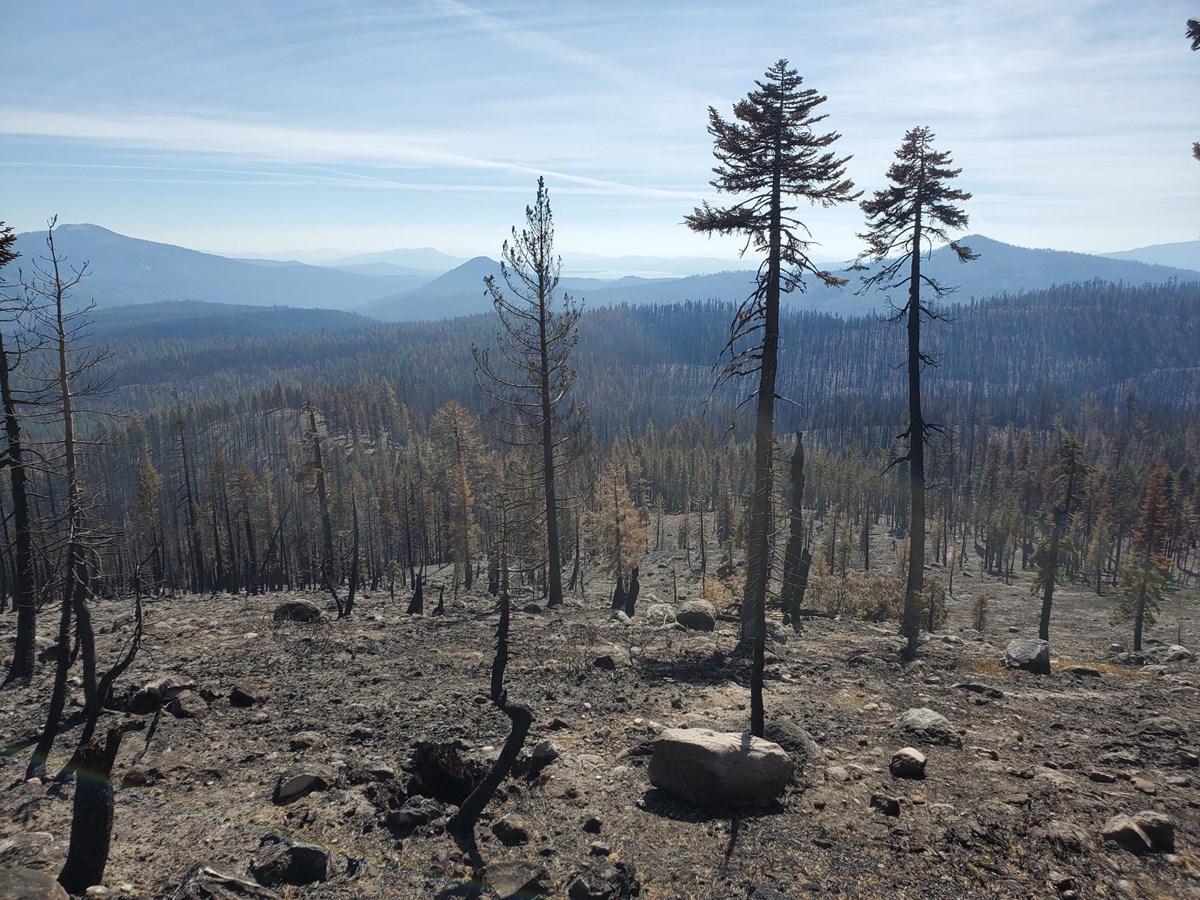 Lassen Volcanic National Park after the Dixie Fire.Dave Schlom / NSPR
Follow us for more stories like this