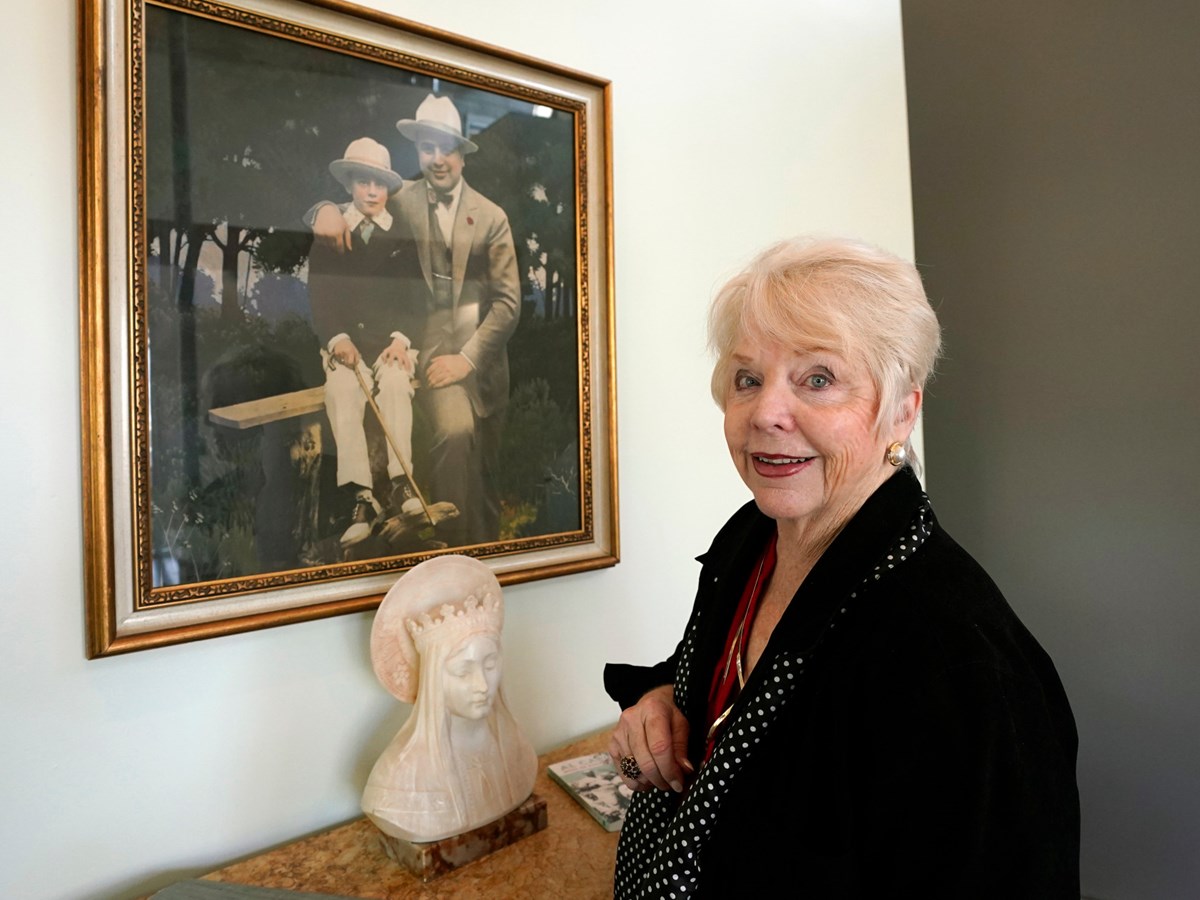 Diane Capone discusses her family near a photograph of her father, Albert "Sonny" Capone, as a young boy and her grandfather Al Capone on display at Witherell's Auction House in Sacramento, Calif., Wednesday, Aug. 25, 2021.

Al Capone may be one of the most well-known gangsters in U.S. history, and now some of his personal effects are going to be auctioned off in Sacramento.

His granddaughter Diane Capone, who lives in Auburn with her family and father, explained to CapRadio’s Insight Host Vicki Gonzalez that she and her sister realized it was just time to sell off the family heirlooms.

“It’s a decision … that’s taken quite a long time because we really didn’t want to let go of some of these things," Capone said. “But we began to realize that we were getting older, and if we were ever going to take charge and make sure it was done properly, we better do it before one of us wasn’t here any longer.”

Diane Capone is one of the children of Al Capone’s only son, Albert Francis “Sonny” Capone. The family moved to the Bay Area in the 1960s from Miami, where Al Capone died in 1947. Diane Capone moved to Auburn when she retired.

"One by one, the rest of the family, including ultimately my dad, all moved here," she said.

While many Americans know Al Capone as a bootlegger and a notorious violent crime boss with possible connections to the St. Valentine’s Day Massacre in Chicago, Capone remembers her grandfather differently.

History and personal experience have made it hard for Diane Capone to reconcile the popular perception of her grandfather with the person she knew as a child. 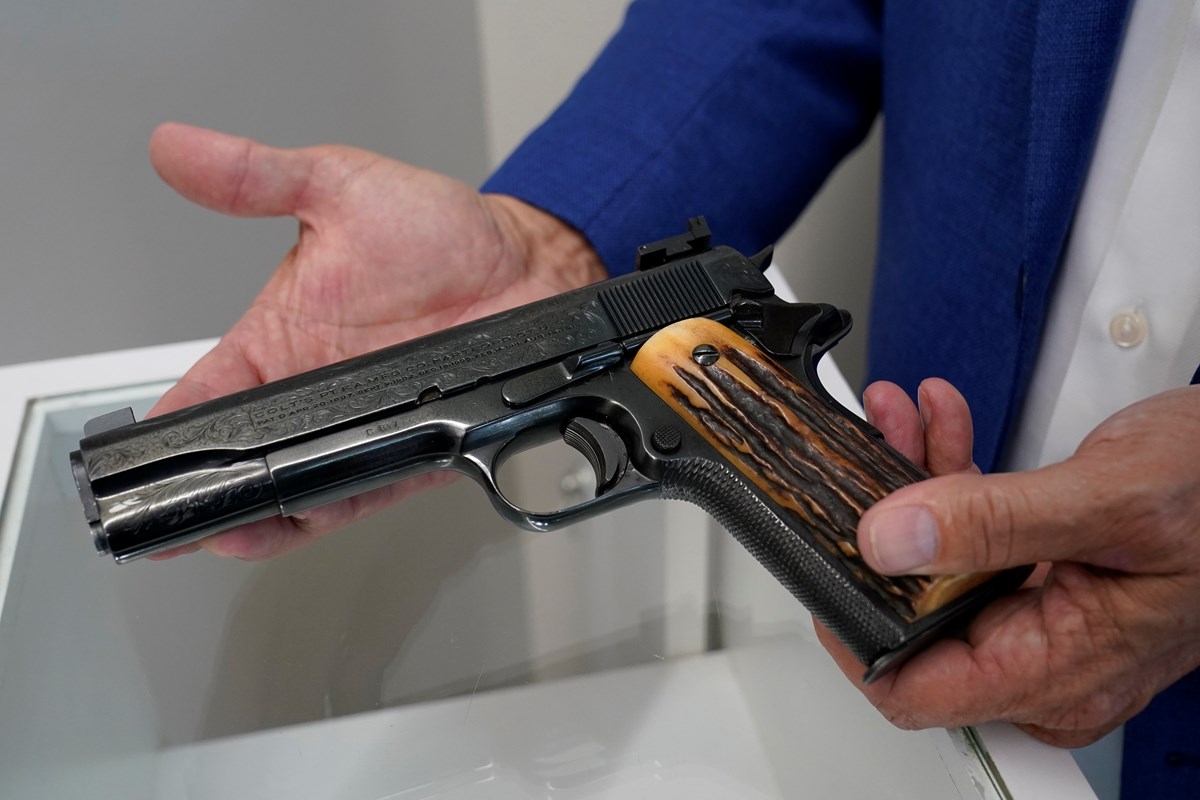 “You know, that’s something we’ve often called … a conundrum,” she said. “How in the world [did] a man who had the public reputation and was alleged to have done some of the things he did, could possibly be this incredibly loving man … I don’t know what the answer is. Clearly, he was a very complex person who’s had a multifaceted personality.”

Brian Witherell, the antique dealer whose auction house is working with the Capone family, said he was conflicted when the family came to him with these personal family heirlooms.

“There’s a lot of things that run through your head, I mean, is the Capone family still in business? What are we walking into?” Witherell said. “[All of that] was quickly diminished once we met the Capone heirs.”

Some of the items Witherell is auctioning include Al Capone’s Colt .45 pistol, a platinum diamond-encrusted Patek Phillippe pocket watch and family photos. 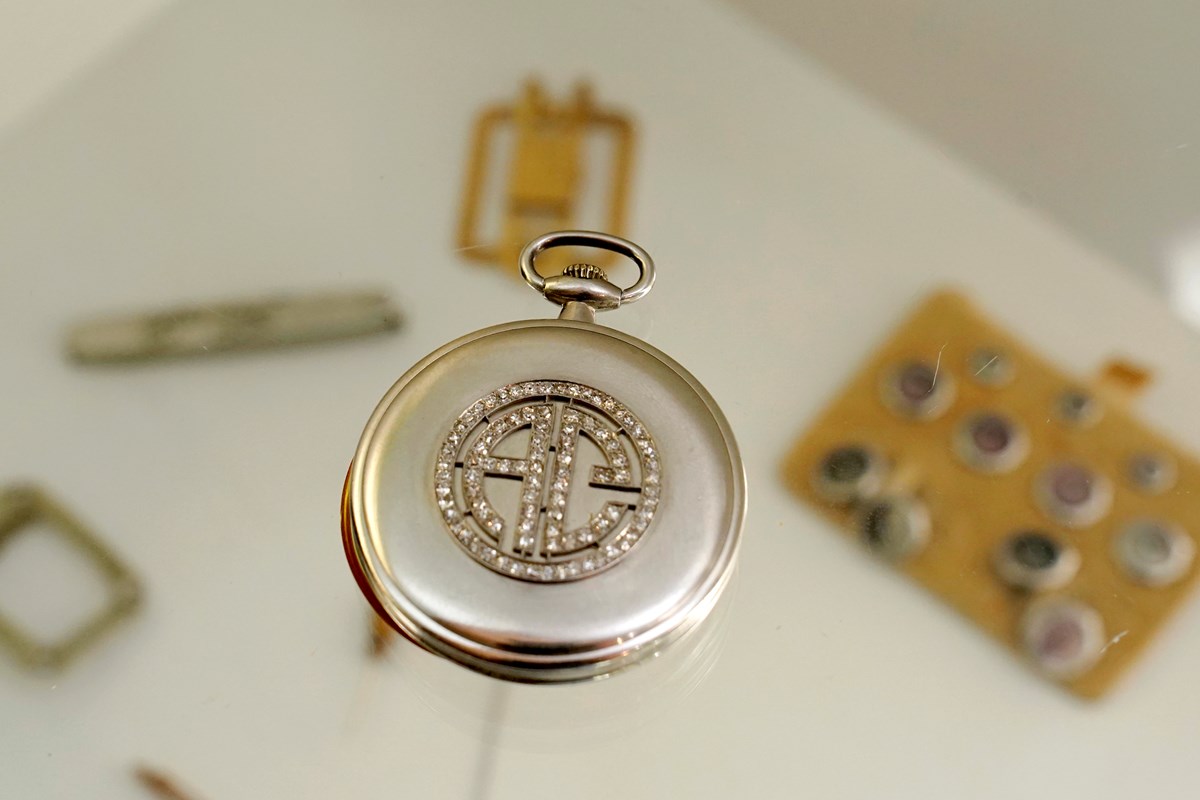 A platinum and diamond Patek Philippe pocket watch with the initials AC, that once belonged to mob boss Al Capone is seen on display at Witherell's Auction House in Sacramento, Calif., Wednesday, Aug. 25, 2021. AP Photo/Rich Pedroncelli

Witherell said that this auction is unique from other celebrity auctions because of the intimately personal nature of the items.

“You get a chance when you go through this auction to look basically through the family’s photo album … he looks very healthy holding his grandchildren,” Witherell said.

In with the auction items is a personal letter Al Capone wrote while a prisoner at Alcatraz to his son, Sonny. Witherell said he believes the letter will be one of the top items at the auction. On their website, the personal letter has a larger expected bid value that’s higher than some of Al Capone’s guns and all of his jewelry.

The letter from Alcatraz isn’t the only profoundly personal item at the auction — Diane Capone believes the family photographs hold the most meaning for her.

“Father went through very serious ear surgery when he was about six or seven years old and almost died, and his head had to be shaved,” Capone said. “And there’s a photograph of papa and daddy … and the back of that photograph has a wonderful autograph from my grandfather to ‘my dear son, Sonny, from your dear dad.’ That’s something that is very precious to me.”

The auction will be held in person and online on Oct. 8.