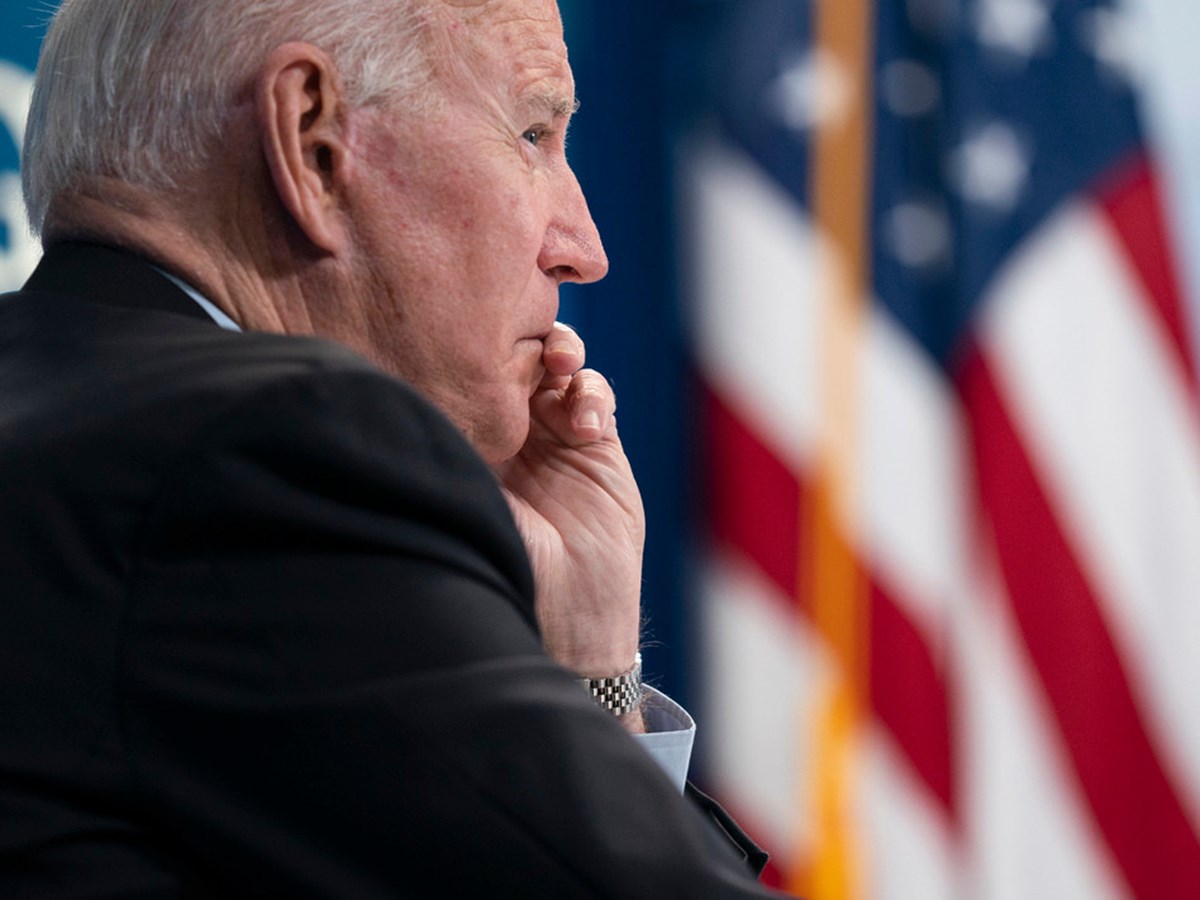 President Joe Biden listens during a virtual meeting with FEMA Administrator Deanne Criswell and governors and mayors of areas impacted by Hurricane Ida in Washington, D.C., on Monday.

President Biden will address the nation on Tuesday on his decision to pull U.S. troops out of Afghanistan by Aug. 31.

White House press secretary Jen Psaki says Biden will thank commanders and service members who helped evacuate more than 124,000 people out of Afghanistan in recent weeks as well as "lay out his decision to end the war in Afghanistan after 20 years, including the tough decisions he made over the last seven months since he took office to bring the war to a close."

The president, Psaki said, will make clear that "he will approach our foreign policy through the prism of what is in our national interests, including how best to continue to keep the American people safe."

Nearly 2,500 U.S. service members have died over the 20-year war, which cost hundreds of billions of dollars.

The withdrawal from Afghanistan was also anything but smooth. Thirteen American service members and an estimated 170 Afghans were killed by a suicide bomber at a gate at the Kabul airport last week. In response, a U.S. drone strike had targeted suspected ISIS-K militants; the group had claimed responsibility for the attack. Now the U.S. military says it is looking into reports that up to 10 civilians were killed when the U.S. carried out another strike Sunday on a vehicle near the airport.

In a statement Monday, Biden said there was a unanimous recommendation by the U.S. military to end the airlift mission as planned.

"Their view was that ending our military mission was the best way to protect the lives of our troops and secure the prospects of civilian departures for those who want to leave Afghanistan in the weeks and months ahead," Biden said.

The U.S. has evacuated some 5,400 Americans from Afghanistan over the past month.

Secretary of State Anthony Blinken said Monday that fewer than 200 American citizens remained in the country and that the U.S. would "continue our relentless efforts to help Americans, foreign nationals and Afghans to leave Afghanistan, if they choose."

Biden criticized for pulling out U.S. troops before all Americans exited

Sen Ben Sasse, R- Neb., said in a statement, "The President made the morally indefensible decision to leave Americans behind. Dishonor was the President's choice. May history never forget this cowardice."

The comment is broadly reflective of the criticism Biden has faced — from Republicans and Democrats — on the manner in which the withdrawal was carried out.

Secretary of Defense Lloyd Austin released a statement Monday night, thanking "all those who labored so hard and under such difficult circumstances over the past few weeks."

Austin noted the toll of the military's two-decade-long presence in Afghanistan. "We lost 2,461 troops in that war, and tens of thousands of others suffered wounds, seen and unseen," he said.

"The scars of combat don't heal easily, and often never heal at all."