Here Are The National Forests In California That Are Closed Through Sept. 17 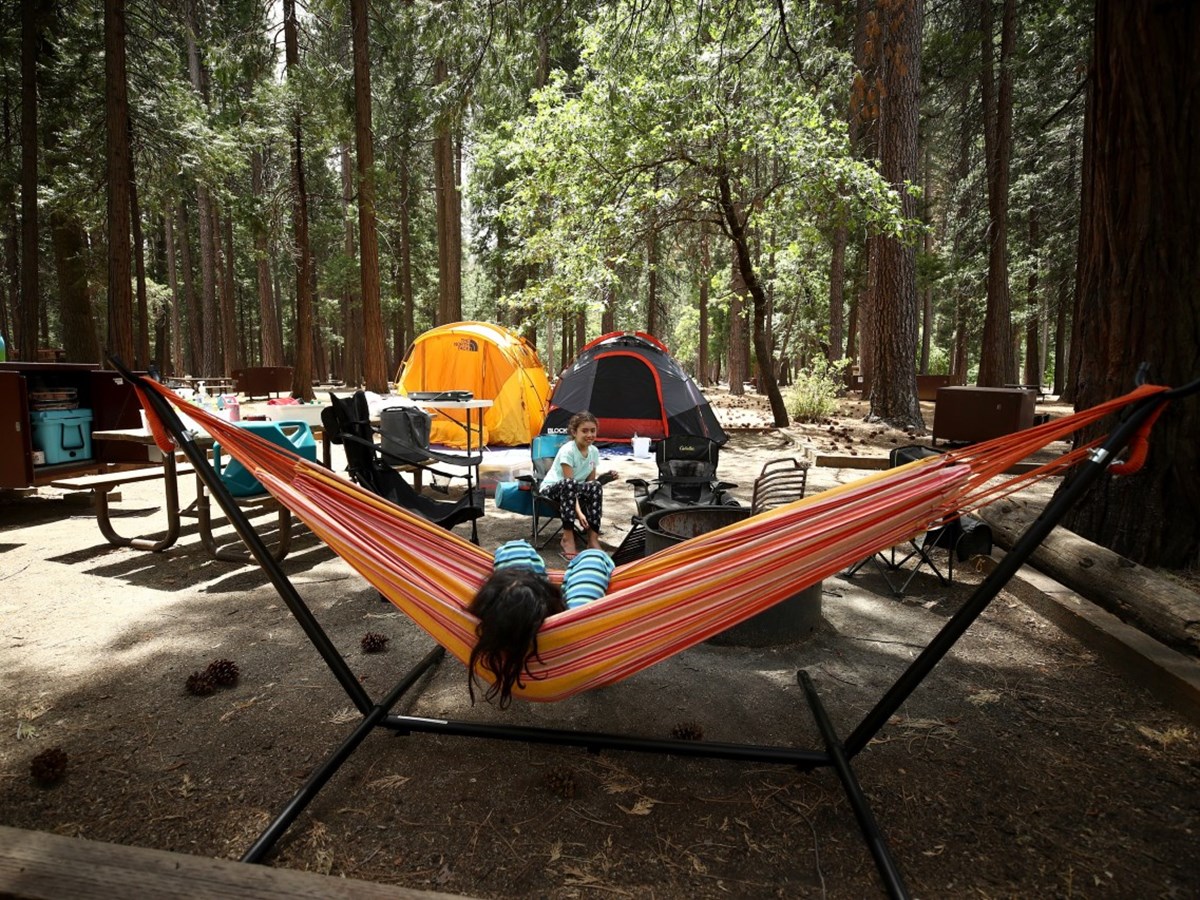 Noah (in hammock) and Valentina Gonzalez from the Sacramento area relax in their campsite on June 11, 2020 when the park reopened following COVID restrictions.

Tuck the sleeping bag in the closet and put the tent back in the garage. If you were expecting to camp in one of California's National Forests this Labor Day weekend, you'll need to make other plans.

With sizable swaths of California on fire — from the Caldor Fire near Tahoe to the Dixie Fire in Northern California to the French Fire in Kern County — the United States Forest Service today announced it is closing California's national forests to the public, starting Tuesday, Aug. 31 at 11:59 p.m. The closure lasts until Sept. 17 but could be extended.

“We do not take this decision lightly but this is the best choice for public safety,” said Regional Forester Jennifer Eberlien in a news release. “It is especially hard with the approaching Labor Day weekend, when so many people enjoy our national forests.”

This order does not affect national parks such as Yosemite or state parks such as Anza-Borrego Desert and El Capitan Beach. It also doesn't affect the Eldorado, Humboldt-Toiyabe and Rogue River-Siskiyou National Forests.

Four of these national forests — Angeles, Cleveland, Los Padres and San Bernardino — are in Southern California. All have been considered under "very high" or "extreme" fire danger for weeks.

The Angeles National Forest has also released a list of road closures:

An important note: Drivers used to shaving time off their commutes to and from the Antelope Valley can still use Highway 2, up to the intersection of the Angeles Forest Highway. However, you're going to have to stay in your car.

"I just want to reiterate one thing: there's no stopping along the highway," said John Miller, a spokesperson for the forest. "No picnicking, no stopping for lunch, no stopping to sightsee. It's just basically to travel from the High Desert down into the L.A. Basin."

The Forest Service says the closure order will decrease the potential for new fire starts at a time when the West Coast's firefighting resources are stretched thin. The closure order also stated, "By temporarily reducing the numbers of people on national forests, we hope to minimize the likelihood that visitors could become entrapped" in these forests if a fire breaks out.

The closures were first reported by the Sacramento Bee.

The move isn't totally unexpected. Earlier this month, the U.S. Forest Service's Pacific Southwest division, which covers California, Hawaii and parts of the Pacific Islands, announced it was closing all nine national forests in Northern California from Aug. 22 through Sep. 6.

Correction: A previous version of this story incorrectly stated that the Rogue River-Siskiyou National Forest is closed. It is not, and remains open to the public.
Follow us for more stories like this