As Sacramento Welcomes A New Wave Of Afghan Refugees, Housing And Mental Health Struggles Could Be Challenges 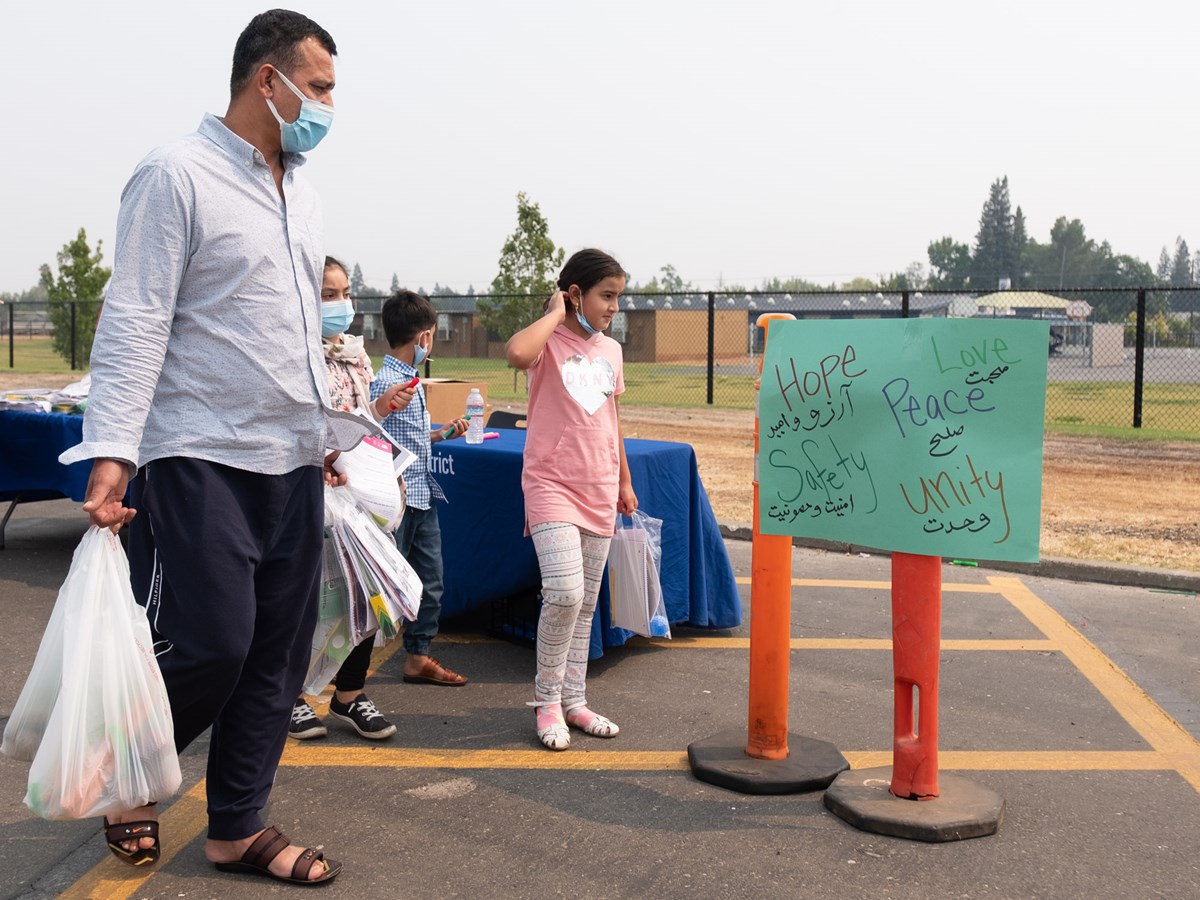 Sacramento is already home to thousands of Afghan refugees, and now the region is expecting another influx as families flee the Taliban regime.

Mahboba Jamshidi is one of the many Afghan refugees who have resettled in Sacramento after immigrating with her husband and children to the United States four years ago. But the crisis in Afghanistan after the Taliban regime took over has renewed her worries about her family still living in Kabul.

“I’m heartbroken for everybody, it’s a bad situation for all people, especially the women in Afghanistan,” Jamshidi said.

Jamshidi used to work for a women’s affairs organization, and she says that as a result of her position, her family in Afghanistan is now in danger because of her job. She is working to help them immigrate to the United States, but in the meantime, she says she’s hoping to help new refugees who have started to arrive in the past few days.

“I want to work hard to help new immigrants because they are my people and I really suffer about the situation that they’re facing in this,” Jamshidi said.

Advocates and local resettlement organizations are expecting about 1,700 individuals from Afghanistan to be resettling in the Sacramento region in the coming months. They say this anticipated group is one of the larger the region has seen in years and there will be challenges in helping people to resettle.

“Refugee arrivals have really shifted year to year and month to month over the past few years with changes in priority and policies at a federal level,” said Jessie Tientcheu, CEO of Opening Doors, a refugee resettlement organization. “That said, there’s obviously, with the U.S. military moving out of Afghanistan, there’s a heightened sense of urgency that we haven’t seen before.”

Her organization anticipates housing will be the biggest challenge once these new refugees come to the region. Tientcheu said Sacramento has welcomed over 12,000 refugees from Afghanistan since 2011.

Project Roomkey, Gov. Gavin Newsom’s initiative to convert motel rooms into housing for homeless residents, will not be available for this new cohort of refugees. Sacramento County officials have said all participating motels are at full capacity now, serving just under 400 unhoused people.

“The transition to a new life is always full of challenges. There are new languages, new cultures to learn, new norms and standards and systems to get adjusted to,” Tientcheu said.

She added that her organization is in active conversations with private landlords and property management companies to find affordable apartments for new refugee families.

Advocates are also concerned about addressing the mental health challenges that many refugees will face.

Usama Khalil, president of the Refugee Enrichment and Development Association (REDA), said when refugees first come to the Sacramento region, there is a 90 day period in which their needs are entirely taken care of — the State Department has a refugee fund that will pay for their rent, food, and clothing, and connect families with workforce training and language classes. But after those 90 days, many families are left on their own.

“Resettlement agencies were bringing the family from overseas to be resettled locally here by providing the housing and the support, but only up to 90 days from their arrival,” Khalil said. “After the 90 days those families were left alone. Literally alone to deal with everything that they need, and that's how my organization came to exist.”

REDA has been working to prepare meals and provide translation services to help new Afghan families do things like apply for driver's licenses and sign up for English language classes. They also help connect families in need to mental health services.

He adds that even getting enough money to afford an apartment in Sacramento is something that often causes tension for refugee families.

Gulshan Yusufzai is the executive director with Muslim American Society Social Services Foundation (MAS-SSF), an organization that partners with resettlement agencies like REDA. They are one of the few mental health providers in the Sacramento region that serve specifically people from the Middle East and South Asia.

Yusufzai herself emigrated from Afghanistan back in the 1980s when she was a young child, and said she can relate to the cultural struggles many new Afghan families go through.

“The Afghans who are coming are coming from a wartorn country, majority of them have been born, raised and gotten older in war, so coming in there’s going to be a lot of challenges with PTSD,” Yusufzai said. “What we see is there are a lot of issues with domestic violence as well as issues with substance abuse, and overall challenges with wellness.”

She said it isn’t unusual to see increased tension in families that are able to immigrate, which can escalate to greater levels of domestic violence. But she adds sometimes even getting people to seek help can be a challenge.

“Our community, just like most underserved communities, there’s a stigma in accessing services,” she said. “When we look at the Afghan community, it's considered a huge no-no to reach outside your family for support.”

MAS-SSF will be holding a virtual forum on Thursday for members of the Afghan community in Sacramento to ask questions and also to offer a place for them to talk collectively about what’s happening abroad.

Helping Afghan children into the classroom

For Afghan children, starting at an American school will be another challenge. San Juan Unified School District has one of the city’s highest populations of Afghan students, though they could not provide an exact number.

Abdul Safay, a community resource assistant at San Juan Unified who specifically assists students from the Middle East, says Afghan students are the second-largest population of bilingual students in the district, with Spanish bilingual students being the first.

He said that acclimating students to a new education system, especially when some have been out of school due to war, can be a challenge.

Safay has been helping guide Afghan students who are still learning the language to acclimate to the school. He also helps to remind parents about customs of American schools — things like what time to drop children off at school, and how to read a report card. He said however that San Juan Unified is the only district in Sacramento to provide these kinds of wraparound services for Afghan students.

“This is another challenge that students are facing or the families are facing when they are coming to the country, and [for Afghan refugees] there should be a bridge between coming to the United States and starting school,” he said.

In the meantime, refugee resettlement agencies are still looking for landlords or homeowners who have extra units to offer. Opening Doors in Sacramento has an open call to people who may have extra units or accessory dwellings for a family to live privately. Those interested can email [email protected].