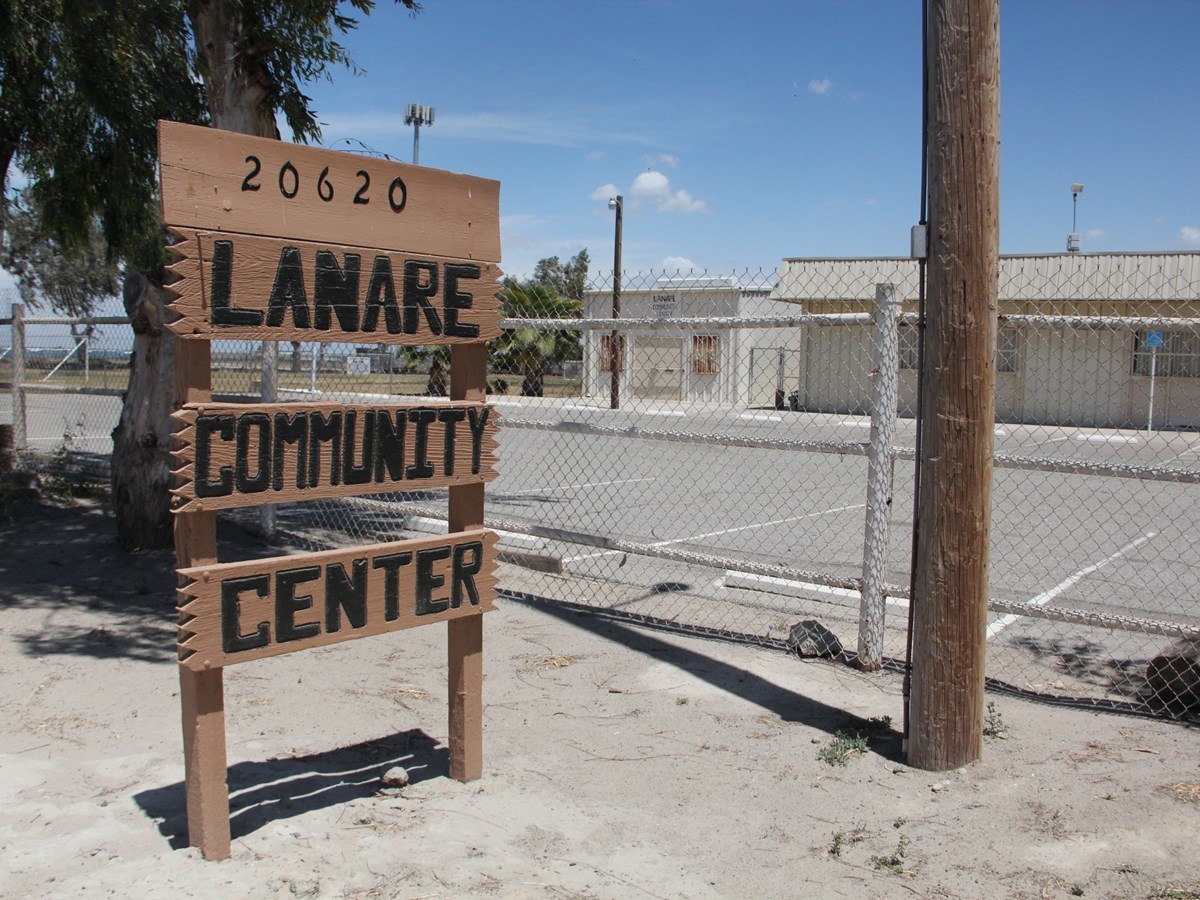 The Lanare Community Center has been essential to residents but is in need of repairs.

Courtesy of the Leadership Council

The Lanare Community Center is, for the people living around it, the only refuge for miles.

Lanare is a small, unincorporated area in Fresno County located some 30 miles from the city of Fresno. The town’s community center has become where everything happens for locals — from Día de Muertos celebrations to work meetings.

“We’re far from shops, far from everything that a community should have nearby,” Solorio said in Spanish. “The center is like the heart of this community.”

This past year has put small community centers like Lanare’s to the test. They’ve become sites for COVID-19 response as people rely more on county fairgrounds and neighborhood spaces throughout the state. These issues lie atop the state’s pre-existing efforts to provide relief to communities during crises, like respite centers during severe weather.

Those hubs would be based in places that locals know well and rely on, like the Lanare Community Center, which Solorio said has hosted both COVID-19 tests and vaccinations. But it hasn’t been easy to keep up.

The community center’s roof leaks when it rains, its kitchen is in a general state of disrepair and it has no air conditioning or heating systems. Solorio said the building hasn’t been renovated in decades. She’s not even sure of its age, though she guesses it was built in the ’70s.

A renovation for the center would be huge for her community, she said. Right now, its resources are stretched thin, but Solorio envisions the center as one where locals could shelter during heatwaves and find warmth during cold winters — if only they had the means to fix it up.

“And not just this community,” she added. “Because I’ve visited other unincorporated communities and their centers are also in terrible conditions, and it’s not OK.” 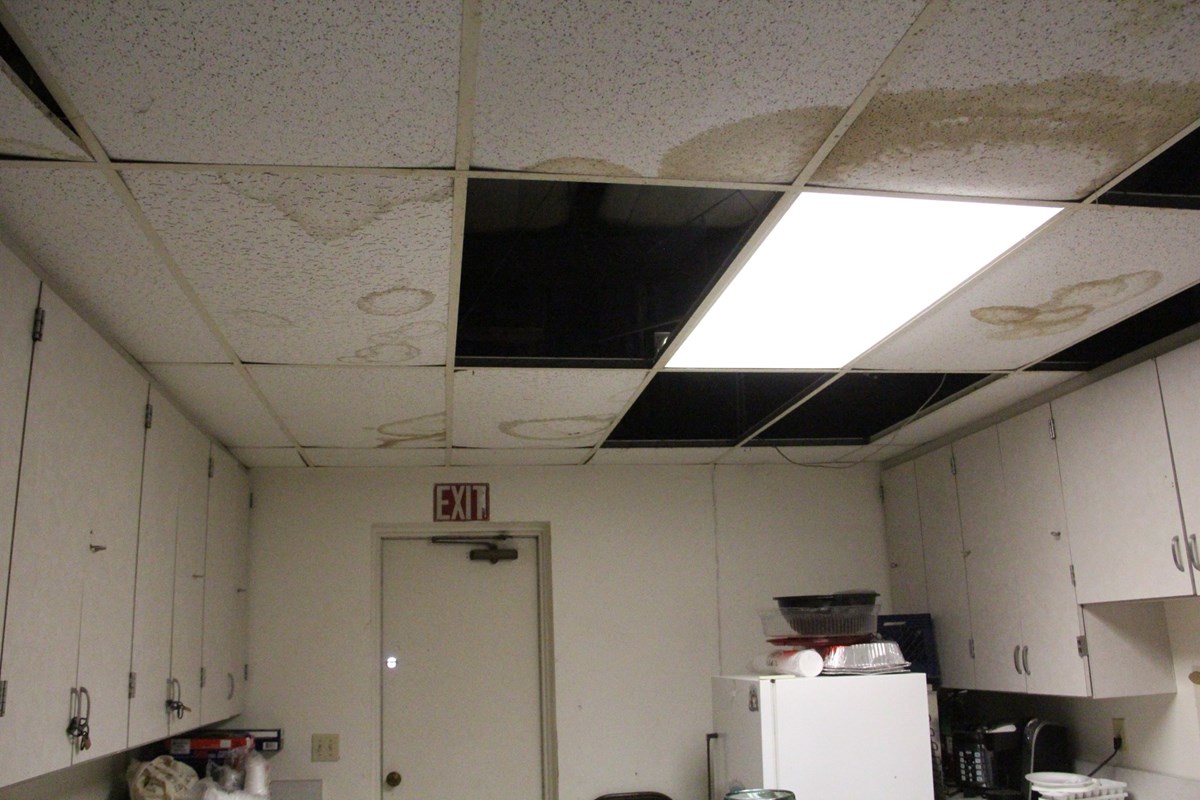 The idea of resilience hubs, which aims to build up trusted community institutions like Lanare’s center, was proposed in a recent report led by the Asian Pacific Environmental Network (APEN). It described these hubs as community spaces that people could rely on amidst an onslaught of wildfire threats, drought and increasing temperatures.

Advocates are hoping to secure funding for the hubs in this year’s state budget, which has dedicated $3.7 billion to mitigating the impacts of climate change.

Raquel Mason, a policy manager for the California Environmental Justice Alliance (CEJA), said that her organization hopes to secure a one-time appropriation of $350 million to establish these centers. This would be allocated to the California Strategic Growth Council, which would then distribute the funds through a grant program over the next three years.

Advocates also backed a bill introduced by Assemblymember David Chiu (D–San Francisco), which would allocate $50 million in annual funding for resilience hubs. Mason said they’ll use this bill as an alternate route to secure funding for the concept if budget negotiations aren’t successful.

Mason said this past year has proven the need for a total system reboot when it comes to the state’s handling of emergencies. While responses like cooling or warming centers have become go-to options, she argues that these seasonal, “ad hoc” approaches don’t work anymore.

Wildfires, heatwaves, pollution, pandemic response — none of these crises can be contained to only a certain time of year.

“There is something happening at all times of the year,” Mason said. “It's just not realistic anymore with the way that the rhythms of the state are just changing.”

Amee Raval, APEN’s policy and research director, said the biggest issue with responses like cooling centers is their disconnect from communities. She said communication and accessibility is the “make-or-break” factor determining whether communities will actually use the resources provided.

“The failure of cooling centers as sort of the current, traditional government-led approach is that they're opened with little notice in a short term way,” Raval said. “They might be at existing institutions, but people don't know about where they are, what their hours are, what they can bring.”

These issues have cropped up in places like Sacramento where earlier this year multiple unhoused people died in a winter storm while local elected officials debated opening respite centers. Previously, warming centers would only open if there were three consecutive nights of below-32 degree temperatures. That threshold changed following years of criticism from local advocates for homeless residents.

APEN’s report cited the RYSE Youth Center, a community organization based in Richmond, as one example of what these hubs could look like. Raval described the center as an “anchor community institution” that hosts everything from mental health services to workforce development and training.

People in the community know where it is and also know that it’s a reliable source for help — which is what makes it work during emergencies.

As it expands, APEN has partnered with RYSE to make the center one for climate resilience as well, working to outfit it with battery storage and air purifiers. Reilly added that this has long been a desire for the community that RYSE serves since many have experienced power outages and pollution in their area year round.

“For them, there’s not really seasons to the environmental trauma that they’re living in,” he said.

Meanwhile, Solorio said she hopes that these efforts will, at the very least, make the state legislature more acutely aware of the needs of small centers like hers in Lenare.

Regardless of what happens, she said that her community will continue to rely on this center. They don’t have another option.