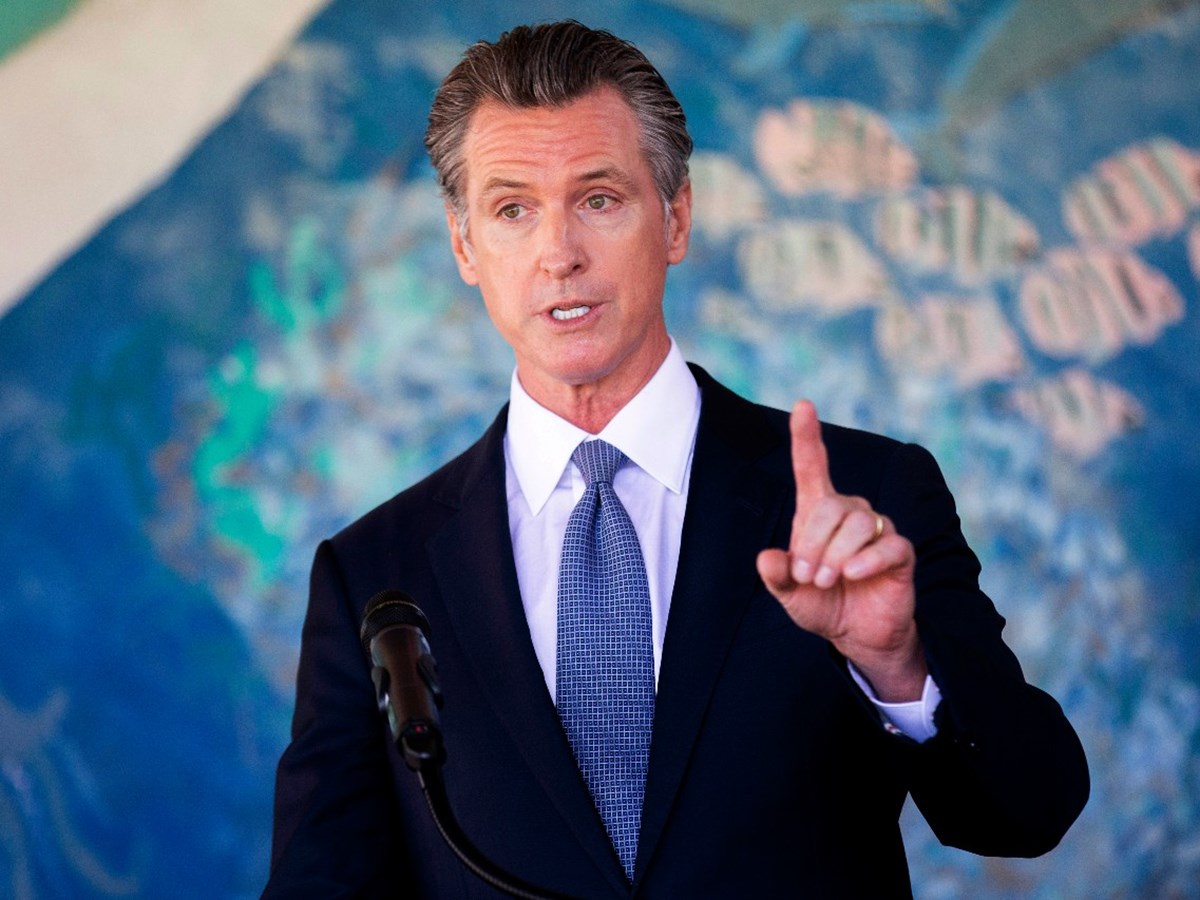 In this Aug. 11, 2021 file photo, California Gov. Gavin Newsom speaks during a news conference at the Carl B. Munck Elementary School in Oakland, Calif.

Law scholars are questioning the constitutionality of California’s recall election process that Gov. Gavin Newsom is facing on Sept. 14.

They say voters in California might not have an equal say in the outcome because election law states that Newsom can't run as a replacement candidate. That means it’s possible the governor is replaced by a candidate who earns fewer votes than he does.

Erwin Chemerinsky, dean at the UC Berkeley School of Law, made that argument in the New York Times on Wednesday.

CapRadio's Randol White spoke with Chemerinsky about the process and what the dean sees as flawed.

So the first paragraph of your Times piece says the most basic principles of democracy are that the candidate who gets the most votes is elected and that every voter gets an equal say in an election's outcome. What do you believe the upcoming recall election violates, with those principles?

On September 14th, voters will face two questions on the ballot. One is, should Gavin Newsom be recalled? And the second is if he's recalled which of the following candidates should be governor? The first question is decided by a majority vote. And if Gavin Newsom is removed from office, then the candidate who gets the most votes, even though not a plurality, becomes the governor.

So the example we give in the piece is imagine 10 million people vote and 4.9 million, or 49%, want Gavin Newsom to be governor. He's removed. But then imagine on the second vote that no candidate gets more than, say, 18%, which is where the leading candidates are polling now. That person would get 1.8 million votes. So 4.9 million in my hypothetical, want Gavin Newsom, 1.8 million would want whoever gets the most votes. The 4.9 million don't get their choice for Governor, the 1.8 million do. That we believe violates the Constitution and the precept of one person, one vote.

In 2003, the only time a governor was successfully recalled in California history, the system worked and was constitutional in that case because of how the votes fell.

It's exactly right. In that instance, Arnold Schwarzenegger got more votes than those who wanted Gray Davis to stay in office. So under our analysis, that would be constitutional. Of course, that could happen here. It is theoretically possible that some candidate on the second vote could end up with more votes than those who want Gavin Newsom. But no polling suggests that's remotely possible. Either Newsom is going to win and stay in office or if he's voted out some Republican candidate with far fewer votes is going to end up as Governor.

Why was this not taken up during the process to gather signatures or earlier than one month out?

I don't have an answer to that question. Until my colleague and I were discussing this, we had not heard anyone raise this concern with regard to one person, one vote.

Is there a chance that the Supreme Court could step in?

The Supreme Court repeatedly, in fact, more than just twice, has held that equal protection requires that every person's vote count the same. That's the principle: one person, one vote. It was initially articulated in those cases of the 1960s, but has been consistently reaffirmed since. If someone brings a lawsuit either now or if this happens after the election, I would imagine the courts would get involved.

For additional questions about the upcoming recall election, including the issue of write-in candidates, check out CapRadio's voter guide