A Quiet Crisis: Tenants Fall Through The Safety Net Into An Eviction Cluster In Long Beach 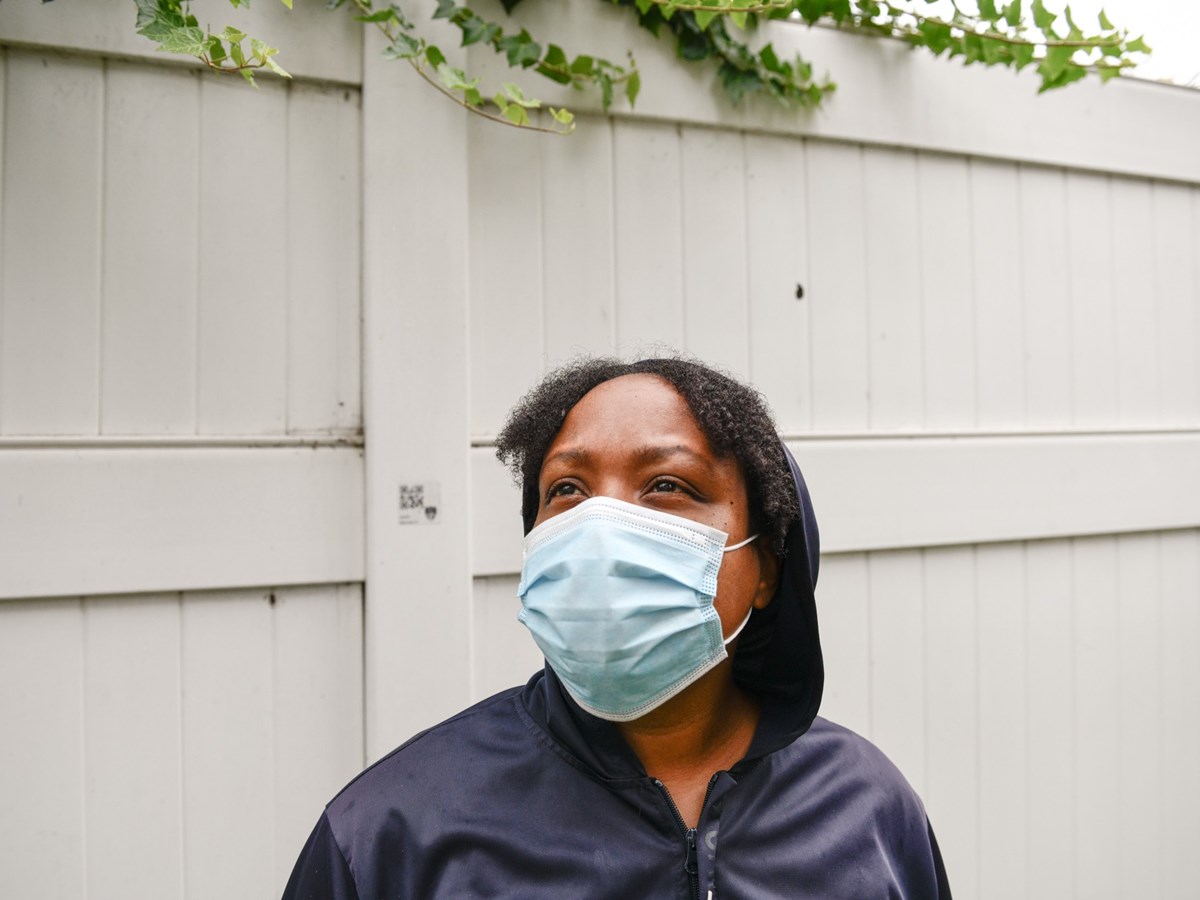 Rasheena McCord stands outside the hotel in Long Beach where McCord and her kids are living, on July 26, 2021. According to McCord, she has had to sleep on park benches after getting evicted last year.

Everyone in the neighborhood knew Fabiola Favela’s ceviche. You have to trust someone to buy homemade seafood from a street cart, and Favela, 47, was that vendor in the poorest neighborhoods of Long Beach.

When the coronavirus pandemic shut down food carts across Los Angeles County and the rest of the country last year, Favela adapted, taking her knives and cutting boards to a friend’s kitchen. Together, the women, both undocumented, kept sales moving and money in their pocket – until this spring when Favela felt a tickle in her throat.

For weeks, she couldn’t work. The money dried up, she said, and the boarding house in Long Beach where she was subletting a room left an eviction notice with her name on it on the front door. That was the Friday before Memorial Day.

“They gave me the notice on May 28, and told me to be out on June 2, and every day (in between) was closed for the holiday,” Favela said. “I tried to ask the (people at) the courthouse, but they said I needed to make an appointment.”

Sheriff’s deputies knocked at 5 a.m. on June 2 and told her to leave, she said. That night, Favela and her 11-year-old son slept in a city park.

Hers was one of at least 221 households evicted in the city of Long Beach since July 2020, one of the densest clusters of evictions in Los Angeles County, itself the county with the most residential evictions in California, according to a CalMatters analysis.

In the city of Long Beach, a CalMatters analysis found 83 evictions in the second half of 2020 and 138 in the first three months of 2021. 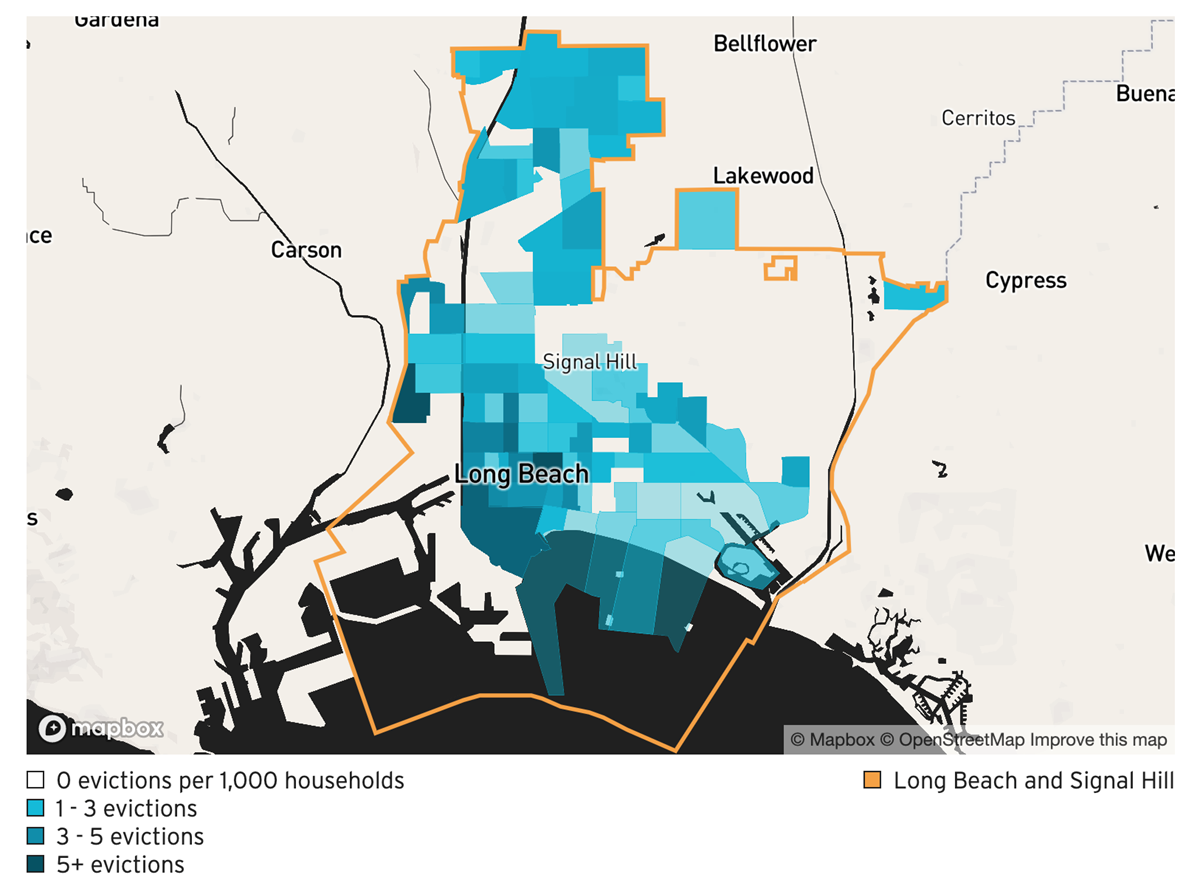 From July 2020 through March 2021, sheriff’s departments across the state enforced lockouts of at least 7,677 households, according to data obtained through public records requests from all but two of California’s 58 counties. Similar data from March 2020 until August showed the state carried out at least 2,000 evictions, bringing the total number of California households locked out throughout the pandemic to nearly 10,000, at minimum.

The number of evictions has accelerated in 2021 – and they are happening despite a series of moratoriums, approved by Gov. Gavin Newsom and the Legislature, that are supposed to protect people who were barely scraping by when the pandemic made them sick or cost them jobs, leaving them unable to pay rent. 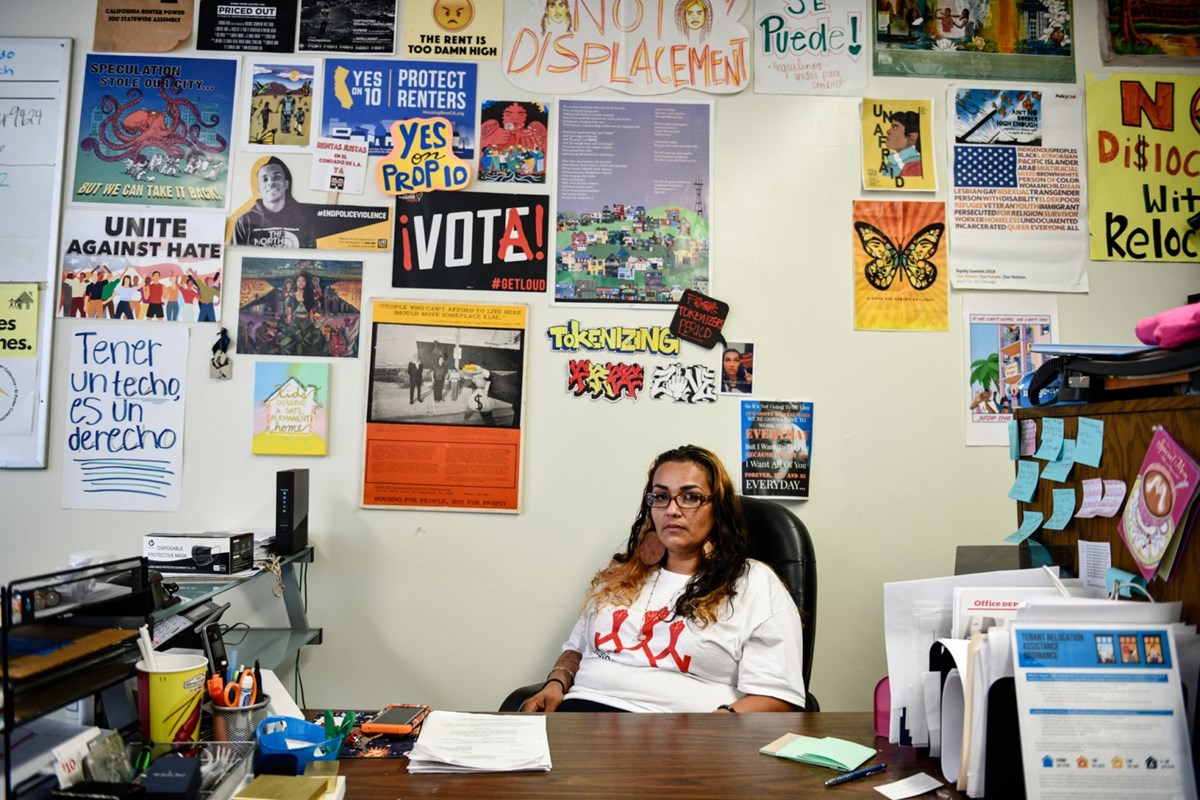 Cynthia Macias, board president of Housing Long Beach, sits inside her office in Long Beach, on July 23, 2021. “I don’t do it for the money, I do it because I want to help people,” Macias said.Pablo Unzueta / CalMatters
Follow us for more stories like this