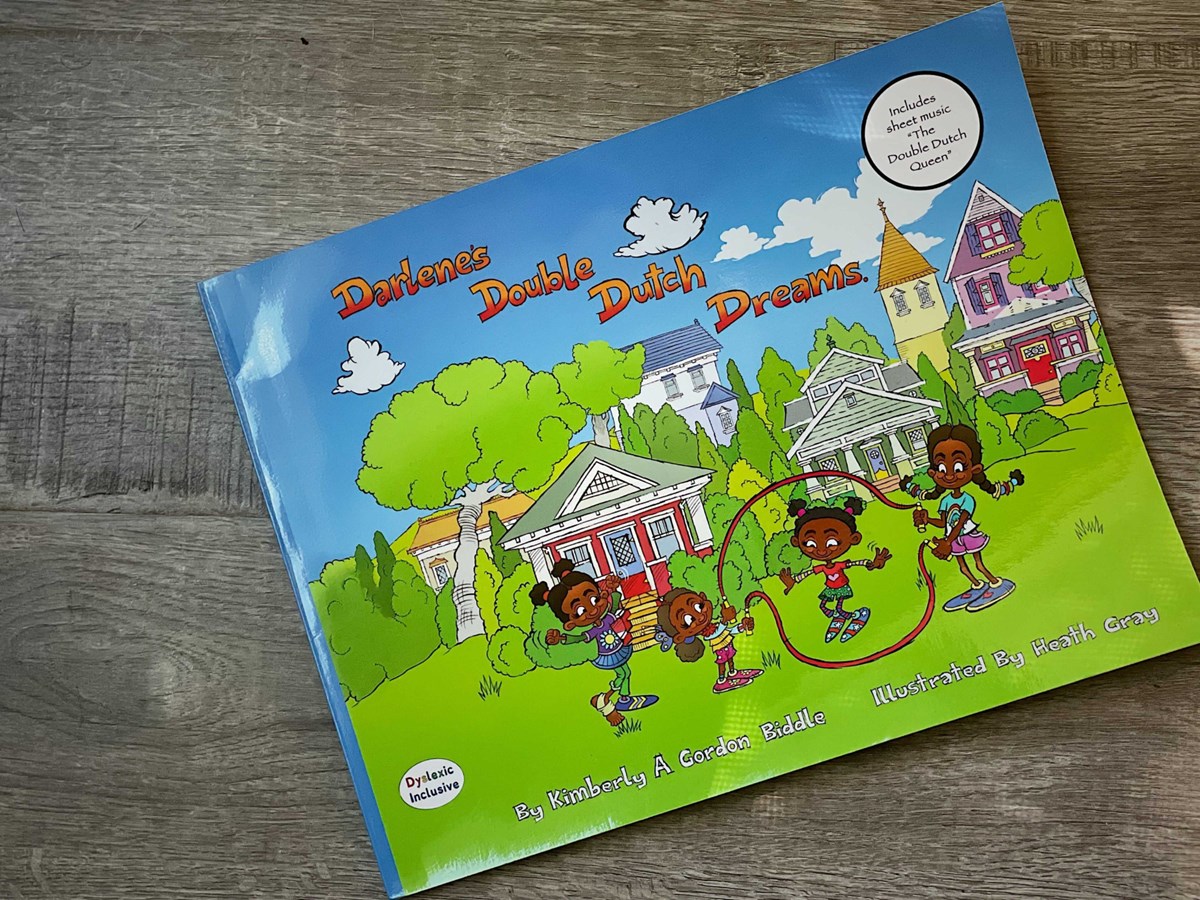 While Double Dutch was originally brought to this country by Dutch immigrants, that’s not who made the game popular. That honor goes to Black America.

The jump roping game — which involves two people twirling ropes simultaneously as at least one person jumps in rhythm — could be seen in classic African American movies and even in hip-hop music videos in the '80s. From national championship tournaments to former First Lady Michelle Obama jumping on the lawn of the White House in 2011, it’s clear that Double Dutch has become a cultural phenomenon reaching far beyond the New York City block parties where it was made popular.

Fast-forward to 2021, and retired Sacramento State University professor Dr. Kimberly A. Gordon Biddle is using Double Dutch as the subject of her new children's book about four young Black girls hoping to win a jumping competition to buy their mom a new wheelchair cap.

CapRadio's Kris Hooks spoke with the author about her book “Darlene's Double Dutch Dreams” and what it means in the fight for representation.

For more information on Dr. Gordon Biddle’s children’s book, head to her website.

So why Double Dutch for this story?

It came to me just because, you know, it's something that little girls do. And I was like, OK, so let's write a story about it. Another reason for this book is because I wanted people to see that there are lots of ways to experience Black joy.

Did you play Double Dutch growing up?

No, I did not. I am not very athletic either. And I have a little bit of trouble with coordination.

In your book, your main characters are doing Double Dutch to two specific chants. How did you come up with those chants?

Well, they’re adapted from original chants like from years and years ago — probably like 30 years ago. When I originally wrote the story, it was a bunch of numbers, like 1-2, 1-2, 3-4, 5-6. Different things like that. And people said, “No, no, no, that's not it. Make a real chant.” So I had to do research into the different chants. And so I wrote one that had the personality of one sister — that's the first one. And then I wrote another one that has a personality, Darlene — the main character.

One interesting thing about this book: The font is written in a way that people with dyslexia can also read it. Talk a little bit about that.

My publisher, they specialize in that. The owner has dyslexia, and so she's very interested in helping all readers read her books. So I find that even though I'm not dyslexic, when I read the book, my eyes relax … When we go to book events and stuff, people will come up and say, “Wow, I can read this.” And even adults, they come up and they will say, “I can read this font, so now I can read to my children.”

This book is largely about representation. So to you, what does this book represent?

The whole reason I started writing was about representation. When I grew up, I didn't see very many characters that look like me or who were living my life. And one of my colleagues at Sac State looks at representation and her research and she finds that even the way people comprehend and remember books, it's different based on the ethnicity of the character, right? And I like all books in terms of representation, I mean, I like the history, the ones about the slavery, our struggles and what we've been through, but I really like the contemporary ones, right? We have made some strides in this country. And I want people to see that as well.

You touched on something that a lot of people are grappling with — especially in Hollywood, which is producing a lot of movies and TV that depicts Black violence. People are tired of seeing that. They want to see more of what they see in their everyday life.

Yes! And if you can make the character relatable beyond, then that's really a good thing. And I try for that. And I'm not the only one. I mean, there are many people who do this. I'm just one of the voices out there. But I think my perspective is important as well.