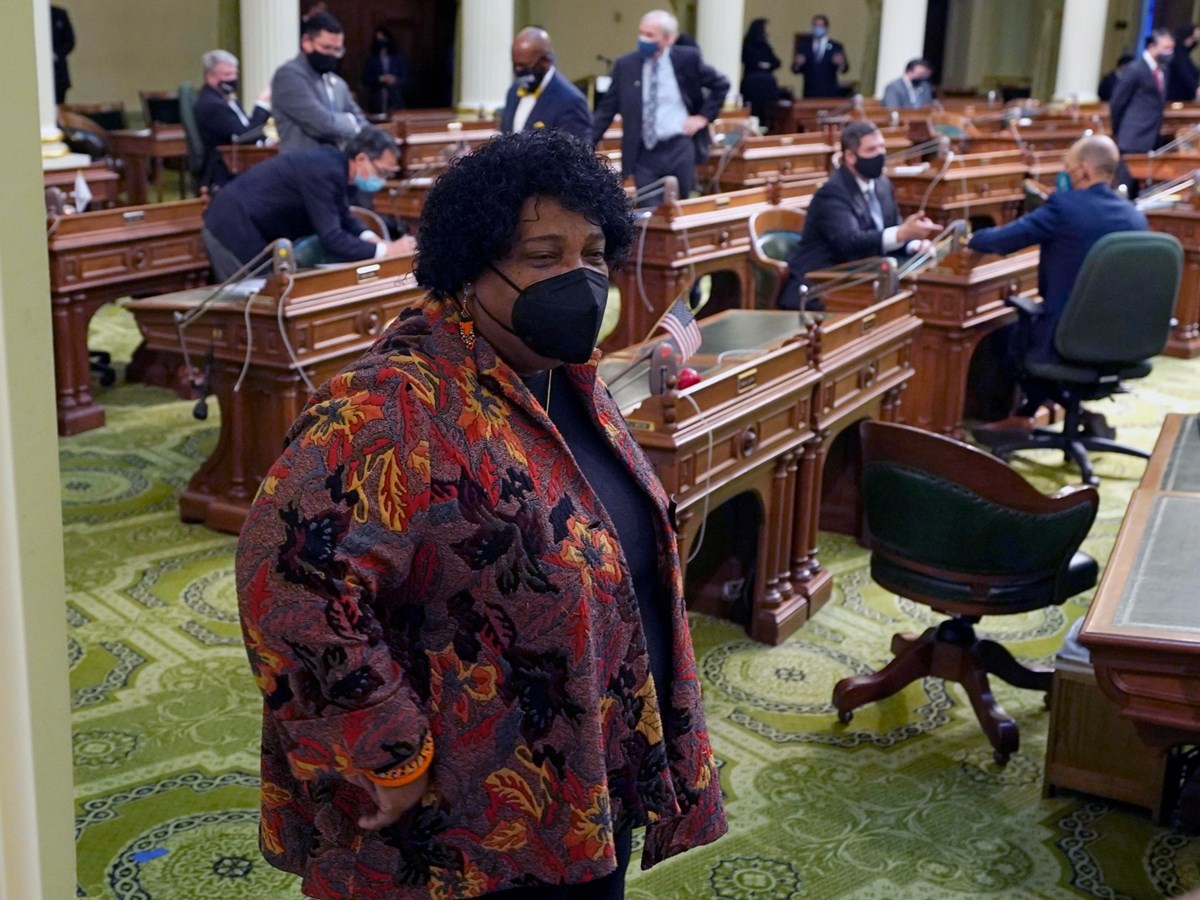 Now-Secretary of State Shirley Weber at the Capitol in Sacramento, Calif., Thursday, Jan. 28, 2021.

Whether Gov. Gavin Newsom is recalled later this year or not, California's new elections chief believes the recall rules need a review — and, perhaps, changes.

In an interview with CapRadio, Secretary of State Shirley Weber — who was named to the post by Newsom in December — said there are “some serious problems” with California’s recall laws and that the entire process deserves a second look after the September 14 election to determine whether Newsom will stay in office.

Specifically, she questioned the signature threshold for forcing a recall, a lack of limits on when a recall can be held, and the possibility that a replacement candidate could win elected office with less than a majority of the vote.

To put a recall on the ballot, California law requires organizers to gather signatures equal to 12% of votes cast in the last election for the office. Currently, that means just under 1.5 million signatures to recall a statewide official like Newsom.

She believes it doesn’t make sense for such a small slice of voters to force elections that could be costly. The Newsom recall is projected to cost counties $276 million to administer. The Legislature appropriated $250 million for the election in June.

Weber pointed out that in many states where recalls are an option, critics need signatures equal to 20% or 25% of votes cast in previous elections to put a recall before voters. Kansas requires 40%.

Another issue Weber brought up is the possibility of a recall candidate being elected to office without winning a majority of the vote.

It takes a majority of votes to remove an elected official. When that happens, their replacement is determined by whoever receives the most votes — even if they don’t get more than 50%.

For example, a recall candidate could gain office with 20% of the vote, if their opponents received less than that.

“We have to ask ourselves about the whole issue that a person could become governor without [winning] 50% plus one,” Weber said.

Weber suggested a committee or commission to review the entire recall process. She made clear she isn’t calling for any immediate or specific changes, but she feels some of the recall rules deserve a second look.

“And maybe they stay the same,” she said. ”But we haven't had that kind of serious conversation yet.”

State lawmakers have a history of tinkering with recall rules — they made a number of changes after a Democratic state senator was recalled in 2018.

Some of those changes ended up burning Newsom, including a new law that allows an elected official facing a recall to list their party preference on the ballot.

The governor’s legal team missed the deadline to include his Democratic Party affiliation and Weber would not allow a correction. In a last-ditch effort, Newsom’s team took the issue to court but was denied.

Weber said the deadline language was clear and her hands were tied: “I looked to make sure that there was no way that we could accommodate him or anybody else to try to be fair to everybody,” she said. “The law was pretty clear to us in terms of what I had the authority to do.”

The Secretary of State now faces additional legal challenges as she prepares to finalize the list of replacement candidates for Newsom’s upcoming recall, which is supposed to be certified July 21

Conservative talk show host Larry Elder is suing after he was left off the list for improper redacting on his tax returns; Kevin Faulconer is fighting to be listed on the ballot as a “Retired San Diego Mayor.” A third candidate wants to have his nickname included and be listed as Kevin “Meet Kevin” Paffrath.

Many of the changes Weber is suggesting would require voter approval, which could be thorny, said Jessica Levinson, a professor at Loyola Law School.

“Voters really just tend not to like to take any power away from themselves,” she said. “Even if very few people vote in a recall, even if there's very low voter information when it comes to a ballot initiative, the voters will time and time again make sure they have very easy access to these tools.”

Levinson added that while the Democrat-controlled legislature has changed some recall rules in recent years following the successful recall of one of their own — though the recalled lawmaker, Orange County Sen. Josh Newman, won the seat back in 2020 — Weber likely has a different perspective as California’s elections chief than she did as a lawmaker.

“She sees how much time and how many resources go into [the recall] and she's saying, ‘Let's tighten this up,” Levinson said. “It's frankly, I think, consistent with what we see from some of our elected officials, which is just looking at our processes of direct democracy and saying, it might be too easy to get stuff on the ballot.”

The rules will stay as-is for the upcoming recall against Newsom, though. Every California voter will be mailed a ballot for the September 14 election. Those ballots will begin hitting mailboxes in mid-August.