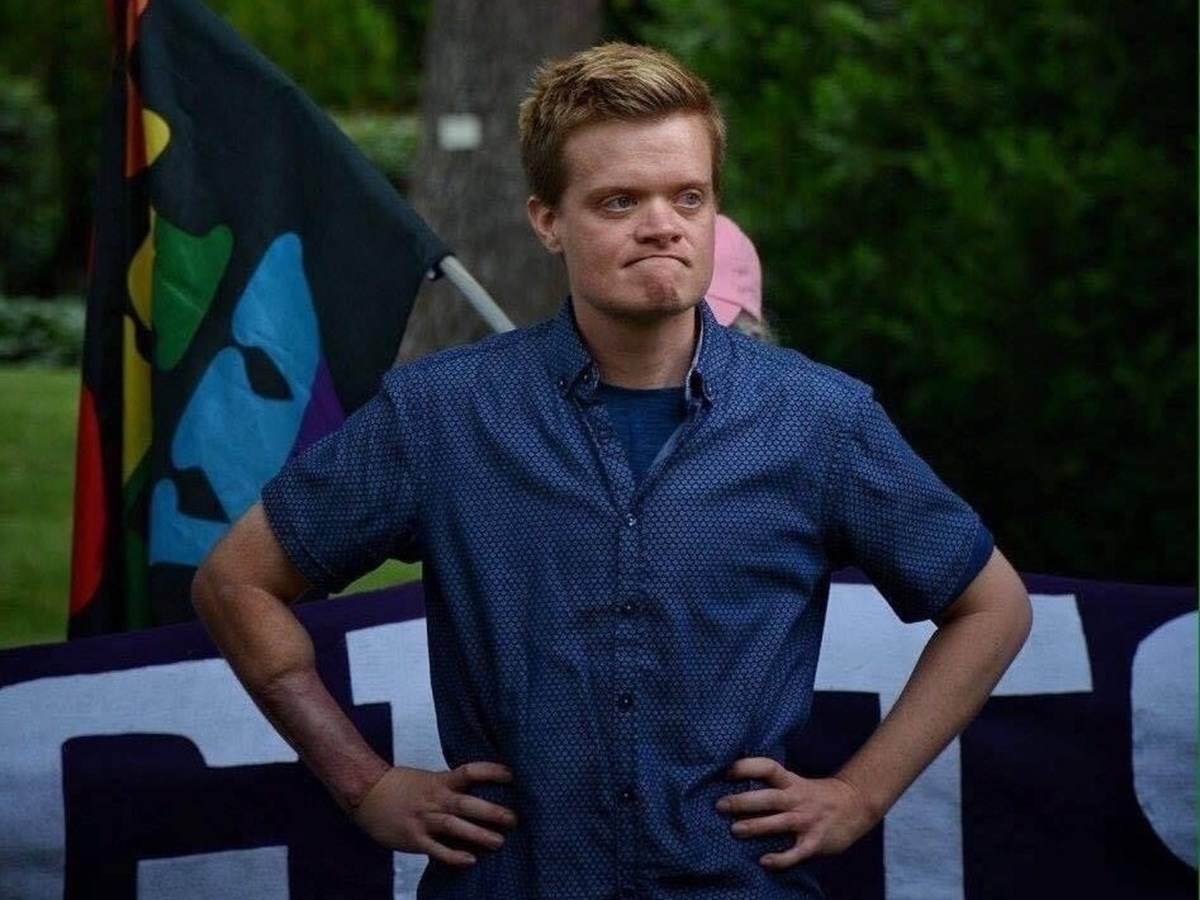 Evan Minton was told he couldn't get a hysterectomy at a Dignity Health hospital even though his doctor deemed it medically necessary. A new UC policy says surgeons with privileges at religious hospitals must be able to perform these procedures.

Following a push from lawmakers, reproductive rights groups and transgender health advocates, the University of California Board of Regents has adopted a policy that could make it easier for patients to receive abortions, gender confirmation surgeries and other procedures at religiously affiliated hospitals.

Certain health facilities that adhere to Catholic doctrine don’t allow abortions or sterilization. Some have restrictions around hysterectomies, which are often part of the gender transition process for transgender people.

The UC system has contracts with non-UC hospitals, including religiously affiliated facilities, that allow its doctors to operate there. Earlier this year, state Sen. Scott Wiener (D-San Francisco) introduced a bill to discourage the UC system from entering contracts that restrict a doctor’s ability to provide gender-affirming and reproductive care. The bill stalled last month after facing opposition from Catholic hospitals.

Wiener says the bill could come back in January, but it might not have to if the UC regents board follows through with the new policy.

“Right now it appears that they are doing the right thing,” he said. “I want them to make my bill moot.”

The bill spurred the UC Board of Regents’ new policy, which says the university system can still contract with Catholic hospitals, but UC surgeons must be permitted to provide any medically necessary care, regardless of the hospital’s policy.

Any new affiliations between the UC system and other hospitals must comply with the policy, and existing affiliations that don’t comply must be phased out by Dec. 31, 2023.

The board of regents wrote in a statement Wednesday that it “forcefully rejects all forms of discrimination” when it comes to health care access.

Experts and LGBTQ health care advocates say gender-affirming care is necessary for people experiencing gender dysphoria — a medical diagnosis that describes a sense of conflict between someone’s outward appearance and their gender identity. The conditions is also considered a major risk for suicide.

Evan Minton said he spent months preparing for a hysterectomy at Mercy San Juan Hospital in 2016 as part of his transition to a male body. He was working with a private practice physician who had surgical privileges at the Dignity Health facility, and said it was “a really emotional experience” to prepare for the operation.

But the day before he was scheduled to go in, he learned the Sacramento hospital wouldn’t allow the operation because he is transgender.

“And at that moment every single step that it took, to go over all of the hurdles I had to go over in my life in order to get to who I am today, it all came crashing back to me,” he said. "Just to be that rejected in your moment of need, it’s immeasurably painful.”

Minton had to reschedule his surgery at another facility. He is currently working with the ACLU on a lawsuit against Dignity Health. The ACLU argues that because the hospital performs hysterectomies on female patients, their denial of Minton’s care based on his gender identity was discriminatory.

The new regents policy could help ensure that future patients seeking gender-affirming care don’t have to go through what Minton did.

“My story is not unique,” he said. “This is like a secret shame that we carry around, is the discrimination that we face in the health care field, because no one wants to talk about it.”

The board of regents has 60 days to refine and finalize the new rules. Dignity Health wrote in a statement that they are reviewing the policy “to better understand whether and how they might impact our partnerships.”

Hospitals that oppose abortions, sterilizations and gender-affirming surgery can still place restrictions on their own employees. But Equality California spokesperson Joshua Stickney says the hope is that the new regents policy will give UC physicians the autonomy to perform the services they feel are necessary for their patients, at the most suitable location.

“There has to be a firm line held,” he said. “It’s a pretty low bar in my opinion to expect that in the year 2021 in the state of California that at the very least, public health institutions are providing care on a non-discriminatory basis.”