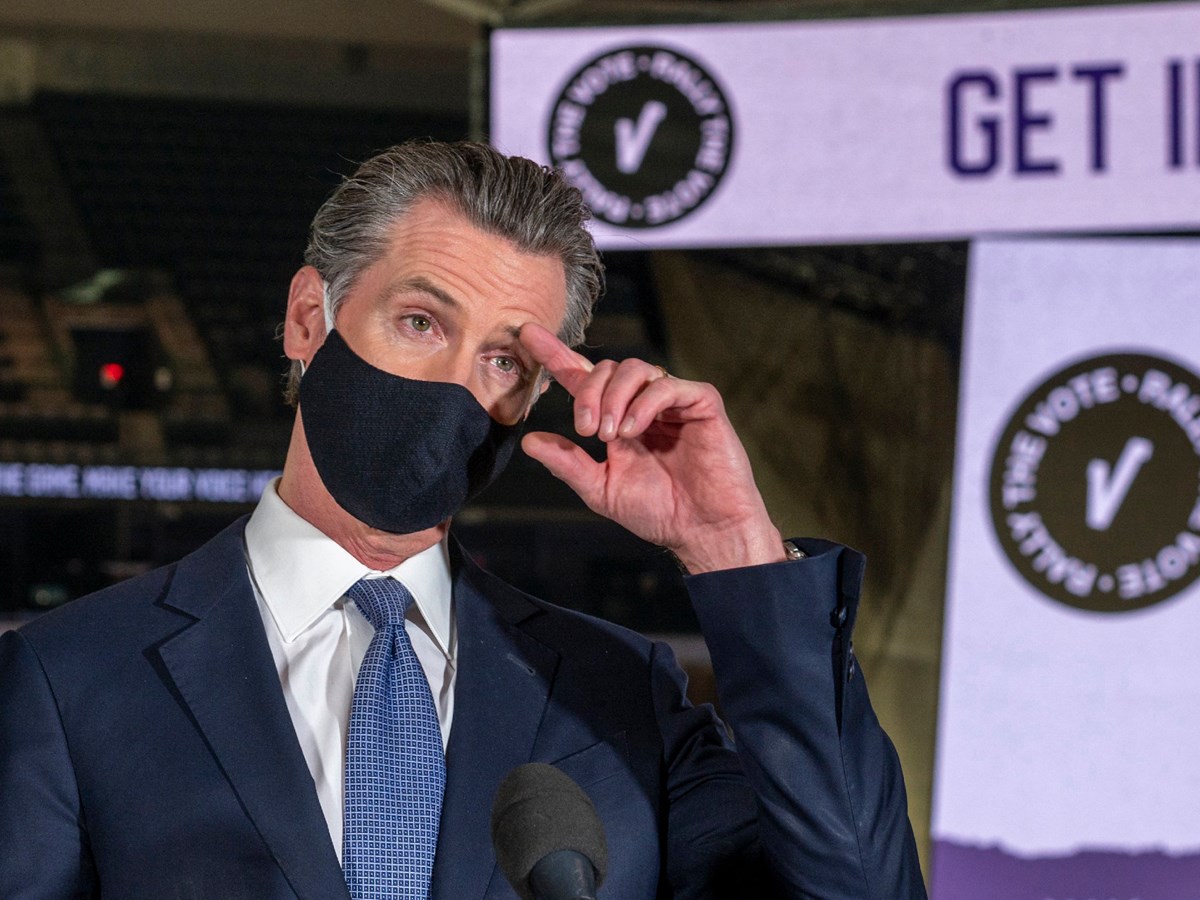 In this Oct 29, 2020, file photo, California Gov. Gavin Newsom speaks to reporters at Golden 1 Center in Sacramento, Calif. Gov. Newsom is facing a possible recall election as the state struggles to emerge from the coronavirus crisis.

The signatures have all been verified and the California Secretary of State says there are more than enough valid signatures to trigger a recall election of Gov. Gavin Newsom.

The election would be California’s first gubernatorial recall in nearly two decades and is sure to be an expensive one. Here’s what you need to know about the effort to recall and replace Newsom.

The recall has enough signatures. What can we expect next?

According to the final signature verification report from the Secretary of State, recall organizers turned in 2,161,349 signatures and county election officials found 1,719,943 were valid, meaning they came from registered voters and matched the voter's signature on file.

That means there are more than enough signatures to put a recall on the ballot. But a few things need to happen before an election is called.

Here’s a breakdown of the timeline:

Based on these deadlines, a recall election could take place anytime from late August through October.

What is a recall anyway, and how does it work?

If a recall qualifies for the ballot, a special recall election will be held. Voters will be asked two questions:

There will likely be many, many more candidates — in 2003, the ballot listed a total of 135 gubernatorial hopefuls. The Secretary of State’s office maintains a list of every candidate who has filed paperwork intending to run. So far, 43 candidates are officially in the race.

What are the fundraising rules for a recall?

As the target of a recall, Newsom doesn’t have to comply with fundraising limits as he would in a regular election. It’s a huge advantage that could allow the defending governor to amass mountains of cash. Already, he’s received several big donations topping $1 million. Other candidates hoping to replace the governor are subject to regular campaign finance limits.

Although Los Angeles County has collected the most signatures at 181,846, the most per capita come from counties in the Sierra Foothills and Northern California, with Amador County receiving the highest at 10.8 signatures per 100 residents.

Polls suggest a majority of California voters want to keep Newsom in office, though voters are deeply divided along partisan lines. The Public Policy Institute of California’s May survey found 57% of likely voters would support Newsom in a recall election, while 40% would vote to recall him.

According to an analysis by PPIC president Mark Baldassare, those numbers square with the state’s political makeup. An overwhelming majority of Republican voters — 78% — would vote to recall Newsom compared to 86% of Democratic voters who would vote to keep the governor.